March 4, 2016
I was culling my dog pile this morning and found an Apache medicine man that I felt needed a little tweak, or two, especially on the interior smoke, since he's preaching invincibility. Spitting up bullets was a favorite trick, as if the bullets fired at him could not harm him.

Speaking of not letting sleeping dogs lie, I started to file another "finished" painting, or, more accurately, put the painting where Curator Cal could file it, when I thought it also needed some work So, I tried to bring out the Kid's face a bit more, without going too far (always a tricky dilemma). 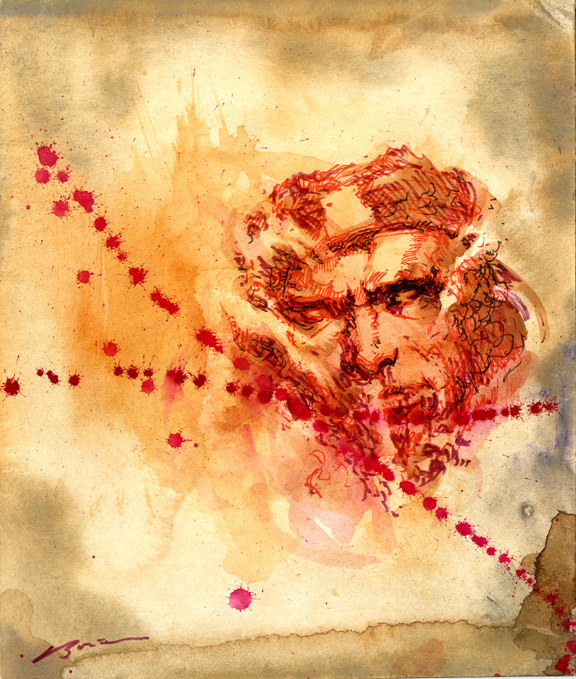 "Better is the enemy of good, as in, I think I can make this better."
—Old ADD Artist