Standing On The Head of Rattlesnake Ridge

March 7, 2016
Attacking some of the dogs in the dog pile. Here is one that came out of left field. Weird sky—kind of hokey—kept it, and added foreground. 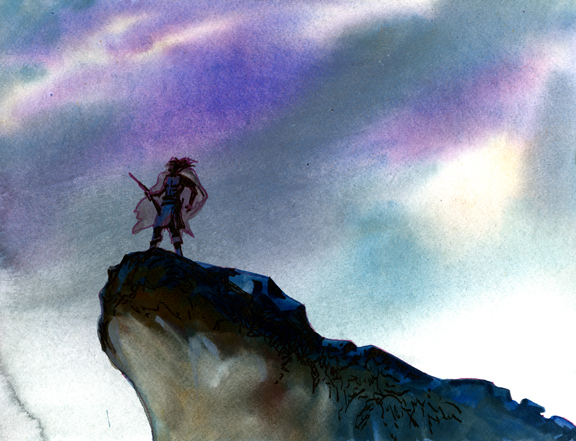 Daily Whip Out:
"The Apache Kid Stood On The Head of Rattlesnake Ridge And Laughed at His Pursuers."


Deep in Sonora, Mickey Free meets up with two Americans, Tom Horn and "Trigger" Jim Young (A Texas John Slaughter cowboy who is not known as "Trigger" but, it's, well, you know what I mean). Understandably, the one-eyed captivo doesn't want their help but they are thrown together by a strange pickle when they meet the bandido named Dorothy: 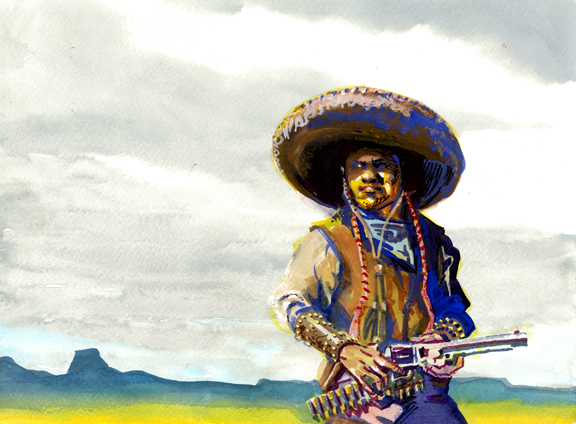 It's interesting that the spaghetti Westerns styled it as Bandito, which is either Italian, or. Sergio and crew just dug the approximation to the spelling of "bandit." The Spanish style it as "bandido." Meanwhile, south of Tres Castillos: 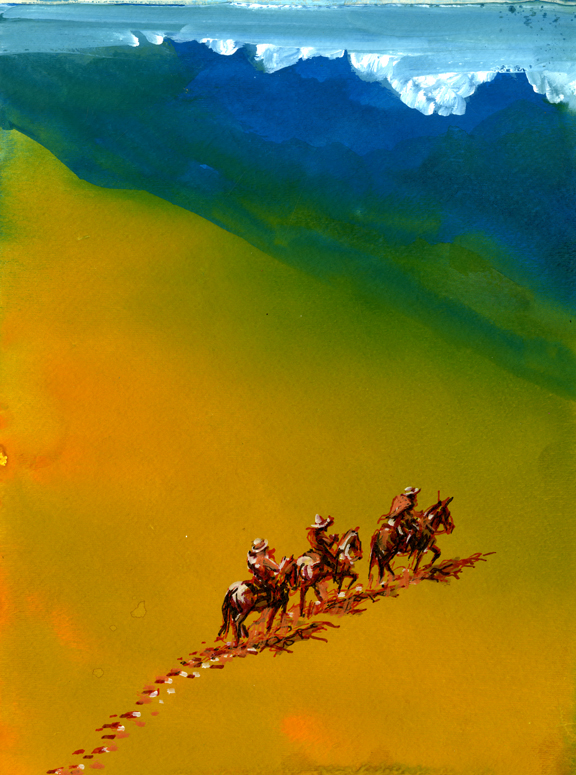 Daily Whip Out: "And Then There Were Three"

All of these characters will meet in the Sierra Madre and the results won't be pretty. Mickey Free is the coyote—the trickster who plays the pistol in the poncho maneuver to great effect.


"That miserable little coyote!”
—Kaywaykla, referring to Mickey Free. As quoted by Paul Andrew Hutton in his forthcoming book, "The Apache Wars"