My Dog Pile From The Air

March 6, 2016
We kicked some major patootie yesterday down at Cattle Track Arts Compound. Lots of red dots (9), sold some books (31) and thanks to a musical accompaniment from Jack Alves, backed by Mark McDowell, I got on stage and we did a roaring, and completely obnoxious rendition of "Louie Louie" and—thanks to a request from Michele Gilpin—"Gloria." When I helped Jack load out his equipment (something drummers everywhere are loathe to do but this was my way of making up for past sins) I said to Jack, "Well, I think it's safe to say, nobody has seen an art opening quite like this one." We laughed and laughed. It was muy grunge band meets muy garage sale art opening. Oh, and as if that wasn't enough rockin' in the free world, we had the best damn tacos I've had in a long time, thanks to this muchacho: 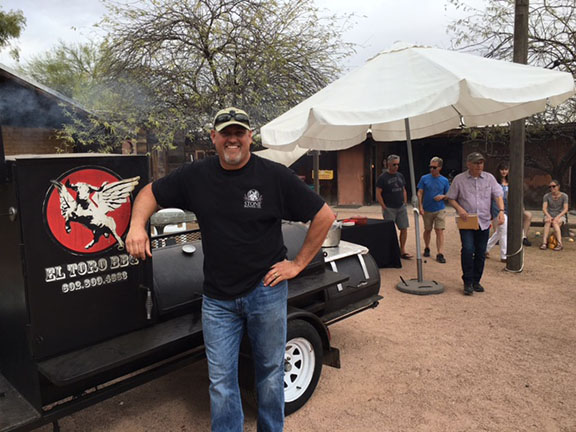 Now that the opening is behind me, I got up this morning and decided to take a good hard look at my dog pile. And, by dog pile, I mean what I have referred to in the past as my discard pile, failure pile, half-finished-but-might-have-potential pile. I settled on the title "dog pile," because most of these are dogs, but every once in a while, I save one and, in turn, it saves me. You might call it a rescue. Four piles were in the garage and three were in my studio, so I combined them, took them outside and laid them out on the driveway. Needless to say it took up some real estate: 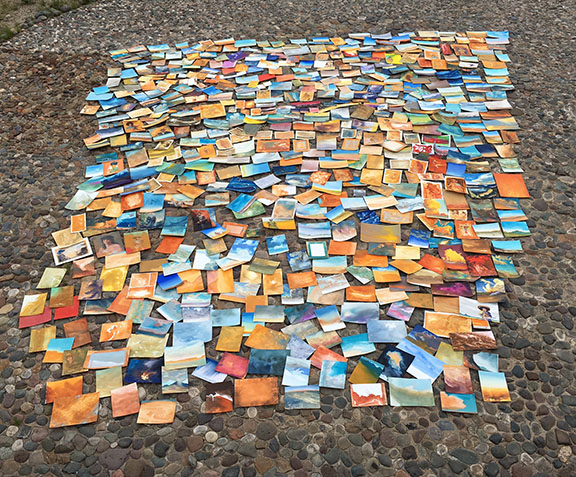 An Aerial View of My Dog Pile

They look small, ganged together like this, but most of these are 8X10", or larger, so you will have some idea of the amount of painting attempts in this picture. Remember the scene in "The Shining" when we finally see what Jack Nicholson has been typing for months? I think this scene has a bit of that kind of craziness and psychological meaning. And by the way, I had to get up on top of the garage to get it all in the photo. There was a distinctive falling away towards the top, so I got back down and exaggerated the outside borders by stacking outwards towards the top, which gives it the appearance of a square shape. Here's how it looked before I did that: 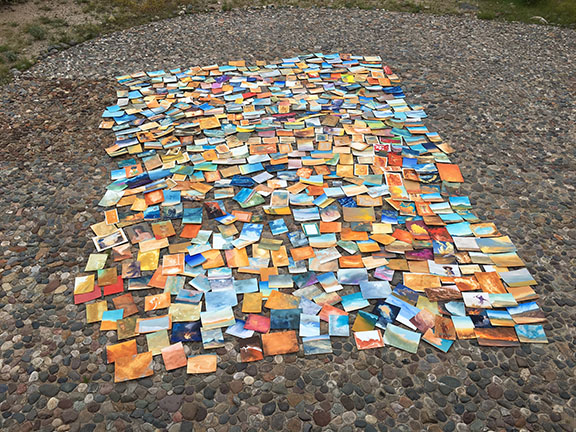 
Many half-finished skies, of course. Lots of clouds. I see faces where faces weren't intended. I see Diltche from our "Outrageous Arizona" project, I see Pat Garrett holding a Winchester, I see Billy the kid, I see Beauty and Mickey Free with a half-finished head in his left hand. I see horses masquerading as clouds, I see several vaqueros riding half-finished horses, I see numerous scenes of The Walk Down, I see campfires and rendezvous's and I see unfinished women and Hogtown Husseys. And yes I see dust, lots of dust. Shotgun Mary is here and a rare Bob Dalton running towards us in Death Alley as bullets spray all around him, I see lightning strikes, the subtle effects, of which, continue to elude me. I see a couple heatwave highways and I also see a sweet little beehive hairdo facing into the wind. I see Frederick Remington drawing an Apache by placing his drawing pad on the back of Tom Horn. And last but not least I see an opening in the sky. Third row from bottom, far right, a cloud noodling with some nice subtle effects I could not see up close. It took me climbing up on the roof of my garage to see the potential. Well, that was worth the exercise, right there. 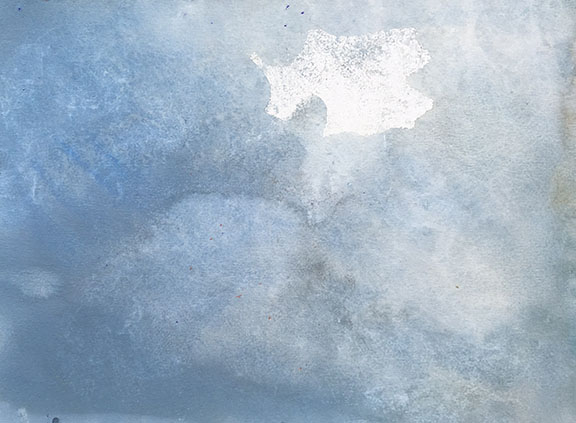 Daily Whip Out: "The Cloud Opening"

"Even a blind dog finds an acorn once in a while."
—Old Dogpile saying