March 19, 2016
There is a new art show back east that features unfinished paintings. Several are quite amazing, like this one: 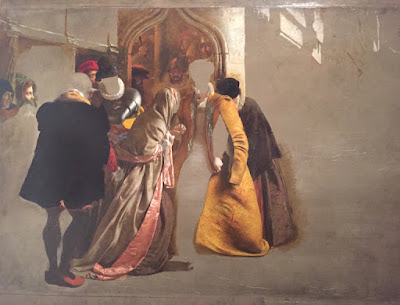 This is a total revelation to me, because I was taught to paint all over the canvas and bring up the figures and the background all at the same time, so that no matter when you stop, it could be considered finished. I also am impressed by the ground on this painting. That would be the underpainting of gray that establishes, well, the ground floor, so to speak. 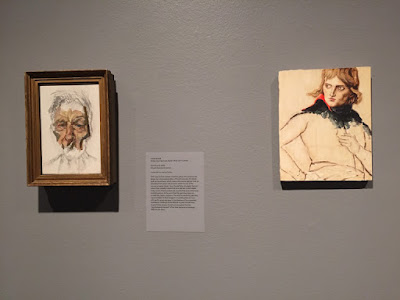 Here's two more unfinished paintings (above), which I find quite compelling. So much so, I emulated the one on the right, in a daily whip out sketch: 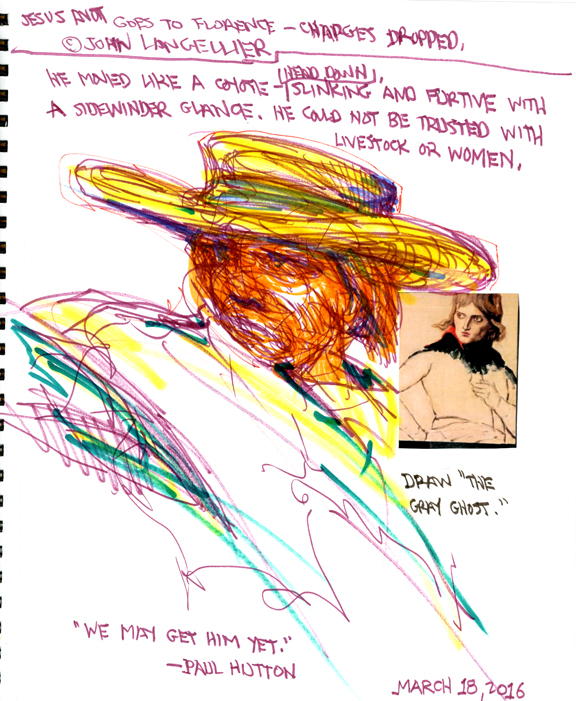 Daily Whip Out: "Mickey Not Amused"

It has made me look at some of my "unfinished" artwork with new eyes as well. Should I let them be, or try and finish them? Frankly, I never quite know. It's the eternal artistic question. Usually I overwork everything, but this purposely unfinished artwork has kind of opened my eyes to alternative endings. Here are a couple examples: 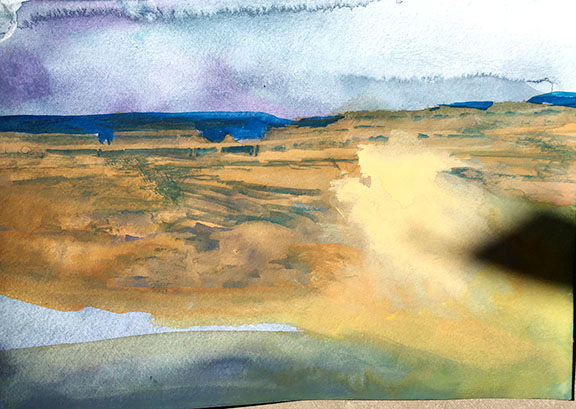 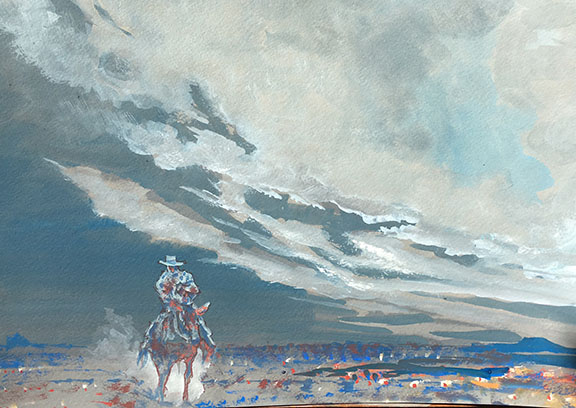 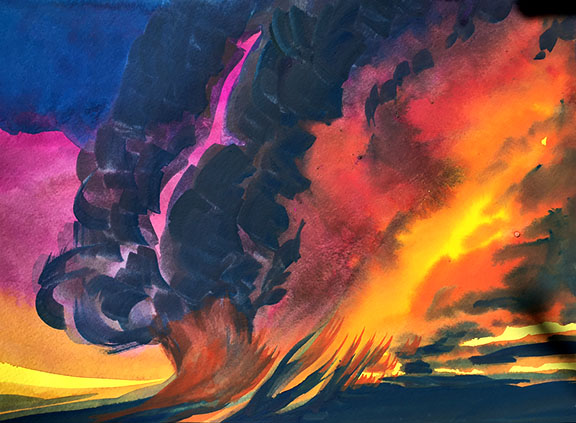 Unfinished Daily Whip Out: "Fire On The Mountain"

"I who came to scorn, now remain to praise."
—Maynard Dixon, as quoted by his son John, after seeing a Vincent van Gogh painting on display in San Francisco