March 17, 2016
He stands alone high on a ridge in the Sierra Madres (although those rocks look suspiciously like the rocks near my father's house in So-Hi Estates, which is near Castle Rock in the Cerbats, which is near Kingman, which is plumb near crazy). 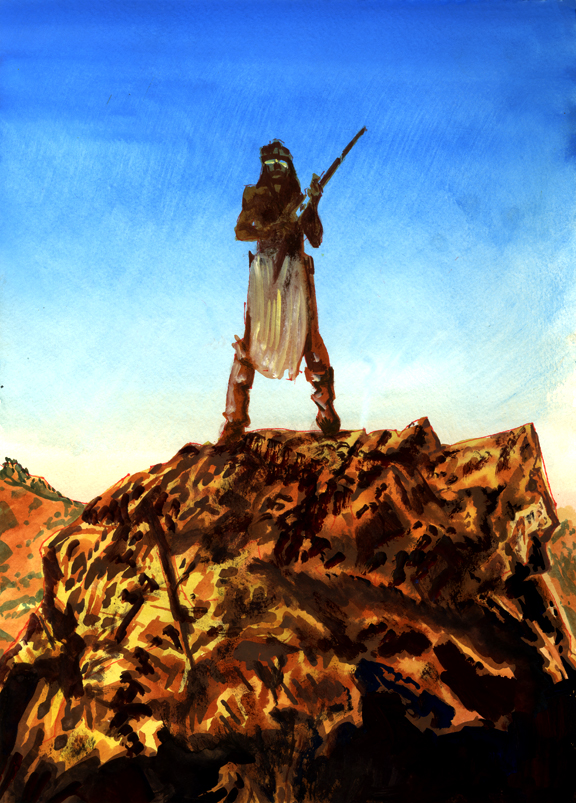 Proof Positive
Here's a photo of my son Thomas Charles taken at his grandfather's spread in So-Hi Estates northeast of Kingman, circa mid-nineties. I took several shots of him posing on the very distinctive rocks in the Cerbat Range. That is Castle Rock in the upper left corner. And yes, the rocks were my inspiration for this morning's Daily Whip Out of The Apache Kid. 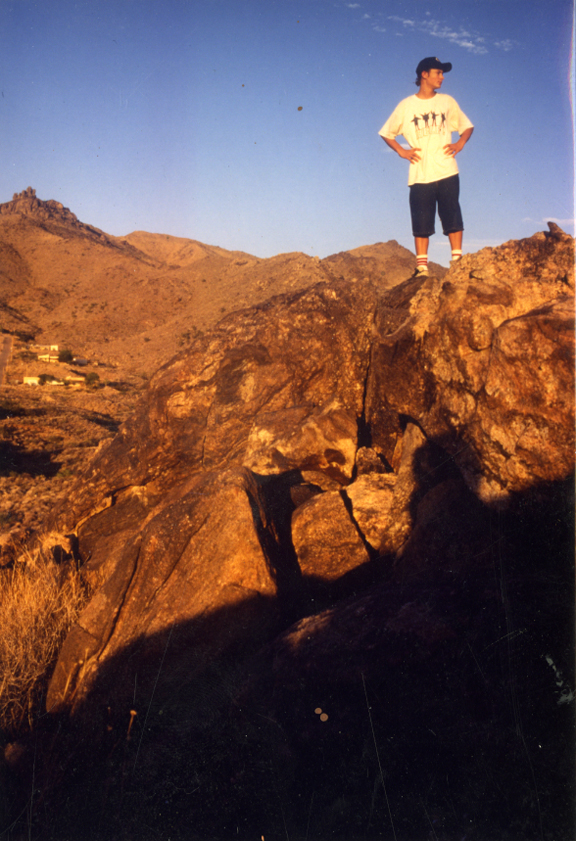 I'm going to do a four-page treatment of the story in the August issue of True West. A treatment is like a manuscript, only more brief and the author is not so heavily invested in the outcome.

"I got rejected so fast, my manuscripts would hit me in the back of the head on my way back from the post office."
—Debbie Maccomber, author of the current best seller "A Girl's Guide to Moving On"