Hamer On The Hunt

March 24, 2016
Got up this morning and finished a little study for a splash page opening on one of the greatest lawman of the Old West and the 20th century.

Daily Whip Out: "Texas Ranger Frank Hamer On The Hunt."

This is from John Boessenecker's new book on Hamer which is getting some great buzz. The dude survived 52 gunfigthts. What did Wild Bill have? Perhaps four or five? How many did Wyatt Earp have? Maybe six? Billy the Kid? Seven? John Wesley Hardin? 25 (if you count flat out homicides, or cold-blooded killings)? Amazing. Can't wait to read it.

Also working on the visage for this guy: 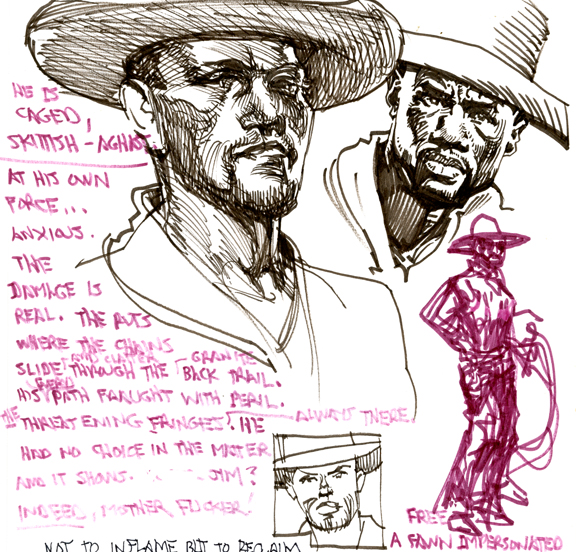 One of the things I'm wrestling with is how to deal with Jim's sobriquet: "Nigger Jim." My editor, Meghan Saar, doesn't want to run it period, but to me, that is fiction by omission. I don't think we can duck it. The N-word is in the headline of his obit! 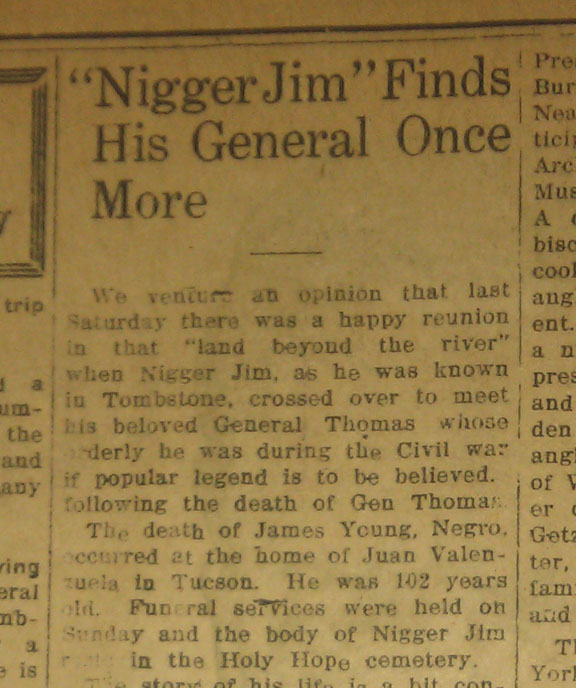 Jim Young's obit in Tucson newspaper. He was 102 years old when he died!

An amazing guy. This obit is courtesy of Dr. John Langellier who is also tracking down Young's grave. There were reports he was buried at Boothill in Tombstone, but John has some solid evidence he was buried in Tucson (see last line, above: "Holy Hope cemetery"). His gravestone, if he had one, is missing. We may have to do something about this.

"A character should always have a secret."
—Ben Affleck