March 17, 2016
On June 1, 1887, the Apache Kid and four other scouts rode into San Carlos to face their fate. The Kid had killed another Apache and came in four days later with an armed escort of sympathetic Apaches.  In a tragic miscommunication (an interpreter made a circular sign which signified to the scouts that they were being arrested and sent to Florida) the Kid and the assembled scouts tried to grab back their weapons. In the melee that followed, Chief of Scouts Al Sieber was badly wounded in the leg. The Kid escaped along with some 17 other Apaches who followed the Kid, some on foot, as he made a feint to the west, then circled back towards Aravaipa Canyon, his home turf. 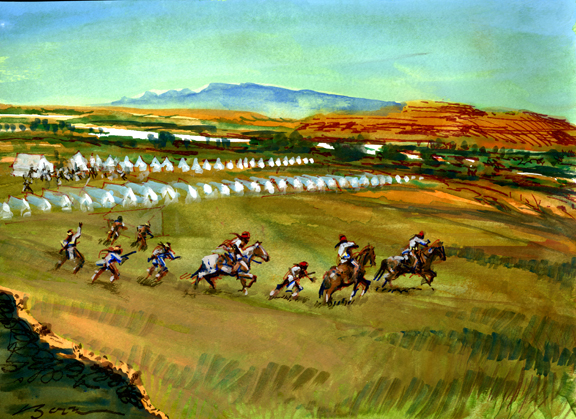 I'm also working on other characters for the story, including several black participants, like Jim Young: 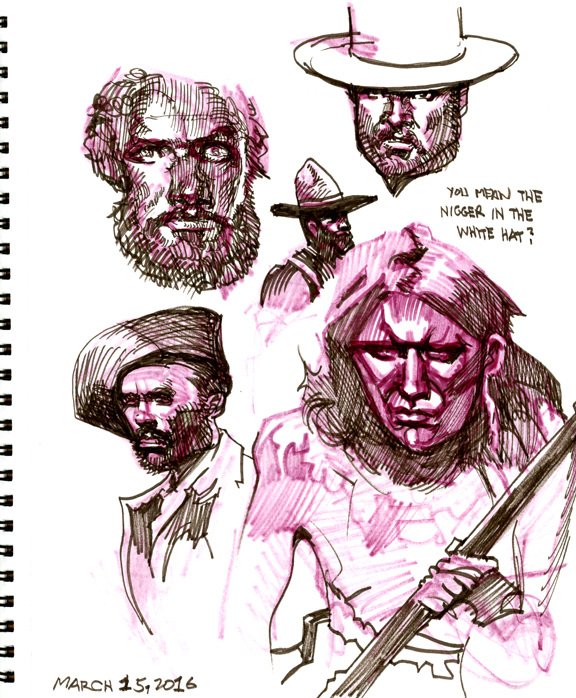 Also, in the next issue we're running a piece on the man who lived with Big Nose Kate for 30 years. 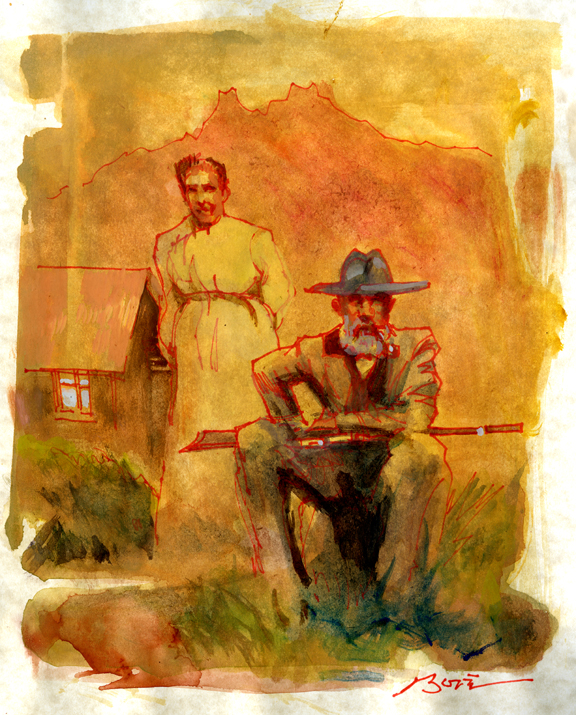 I sometimes do sketches of people just to get an idea of how they would act, or react. Then, when I hit the wall with that, I switch to writing to see if I can find an answer that way. Looks like I'm not alone in this strategy:

"This is how I make a book: by hiding from writing by drawing, or the other way around."
—Edward Caren, in The New York Times