March 27, 2016
For three days they rode across a barren hellscape of blackened desert. Late on the fourth, they encountered two century plants in full bloom.

Daily Whip Out: "Free, Horn And Young, Ride Between The Green."

Below them, the fires still burned along the lowlands, destroying all the crops of the Taharamaras, who fled south along the Bavispe River, hoping to escape the doomsday conditions.. Mick and crew kept to the ridges as they made their way into the teeth of the calamity. 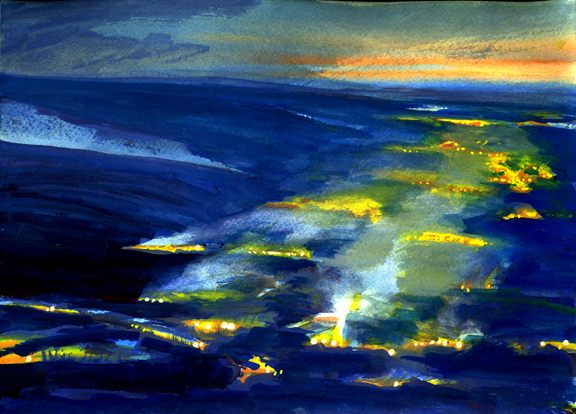 They knew if they kept on this trail they would eventually meet up with something even more brutal and demonic, and there was even something demonic about their quest. Still, they rode on.

"I wanted to write a story that combined the demonic and the human."
—Edna O'Brien