The Stage to Lordsburg & The Ringo Kid

January 7, 2017
Some movies resonate with us for mere enjoyment factors. But, sometimes the connections are more personal and in a couple instances, certain Westerns seem attached directly to our family tree. That would especially be true of this classic Western. 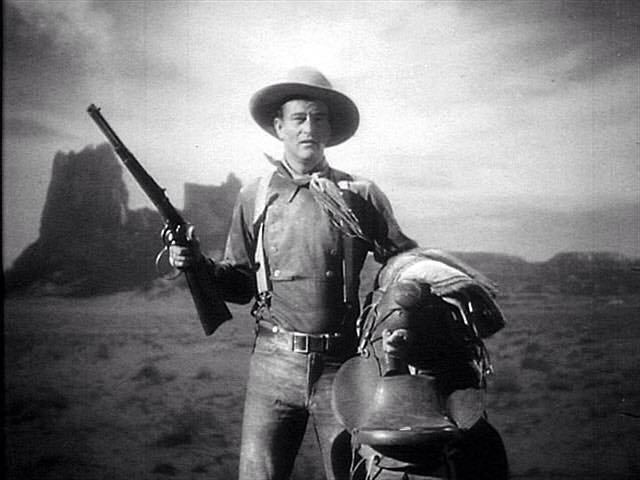 The Ringo Kid flags down the Lordsburg stage

John Ford's masterpiece, Stagecoach, was based on the short story, "Stage to Lordsburg," by Ernest Haycox, which appeared in Colliers magazine, on April 10, 1937. However, the story in Colliers was, in fact, based on a French short story by Guy de Maupassant, called "Boule de Suif" (Ball of Fat) about a group of ne'er do wells in a stagecoach during the Prussian War. It was published in 1880, which puts it before the O.K. Corral fight. This is not significant to the genesis of the story, but I think it's interesting we don't think of this familiar story as having roots from the French, and so early in the game of creating Western stories.

In the Haycox-Colliers version, the John Wayne character is called Malpais Bill (Malpais is Spanish for bad country). John Ford thankfully changed it to something not quite as comedic and once again, Ford, or someone in the production, rustled up the Cochise County stalwart John Ringold for the new handle. So, I dig that as well.

I also have a soft spot for this story because, my mother was born in Lordsburg, New Mexico in 1925 and her family, my grandparents, ranched in the Bootheel of New Mexico, later settling at Steins Pass, which would have been on the route of the stage line in the story. My great grandfather Henry Guess, died on my birthday—December 19— and is buried there, among the bushes in the overgrown cemetery, not a stone's throw from I-10.

And finally, another Kingman boy—Andy Devine—got the part of Happy Stuart, the stagecoach driver, because Ward Bond couldn't drive a "six-up." Stagecoach slang for a six-horse-team. So, Stagecoach, rings a few bells, in my neighborhood, if you know what I mean. 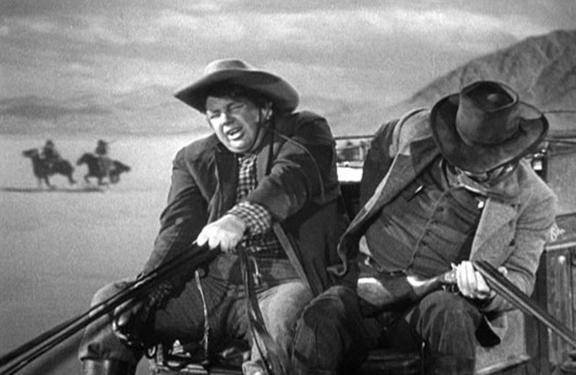 Kingman boy Andy Devine holds "the ribbons" on what looks to be a sound stage shot.

"His name was Malpais Bill, and she could see the wildness in the corners of his eyes and in the long crease of his lips; it was a stamp that would never come off."
—Ernest Haycox, "The Stage to Lordsburg"