May 10, 2017
If you read my recent post on Geronimo at Embudos, you might be interested to see another peek at some of the Fly photographs. Here are three of them from the article (with my hand notes on who to call out in a redesign): 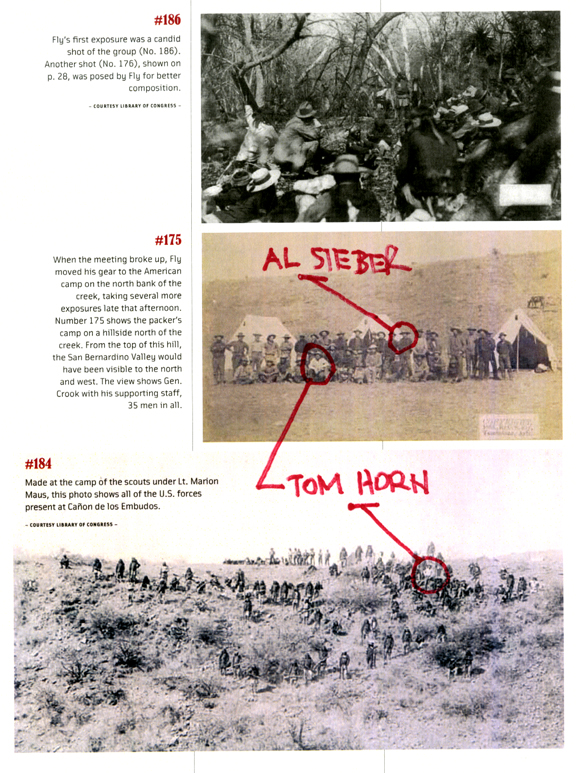 Here's a blow up of Horn in his white shirt. It's a tad blurry but you can still make out his brawny, big-shouldered cowboy stance. He appears to have his left hand on a rifle. 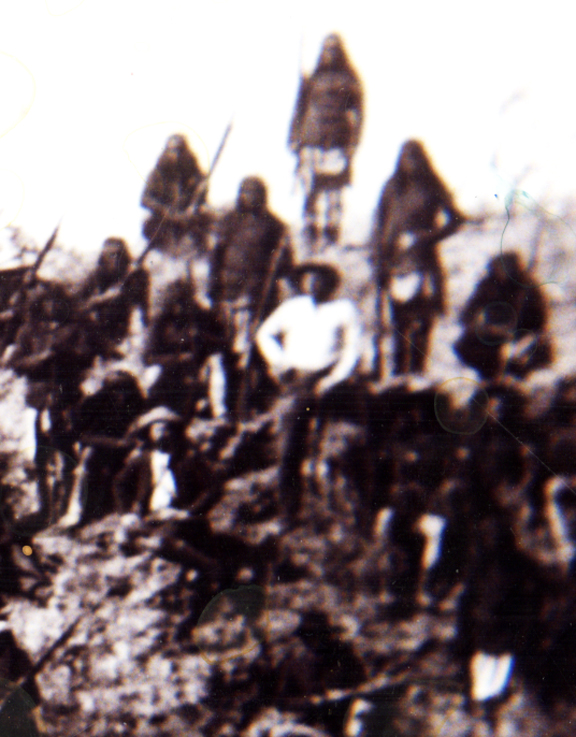 A blow-up on Tom Horn (photo #184) standing among his Apache scouts.

At the top, is photo #186, which is Fly's first exposure during the negotiation between Geronimo and General Crook. According to Paul Hutton, Tom Horn and Al Sieber are in this photo as well, but, as you can see, his angle wasn't good and all we see are hats and the back of heads. Of course, like any good photographer, he pushed his way through the crowd to take his second shot and that is the one that is the classic, and the one which we lead off the feature with. 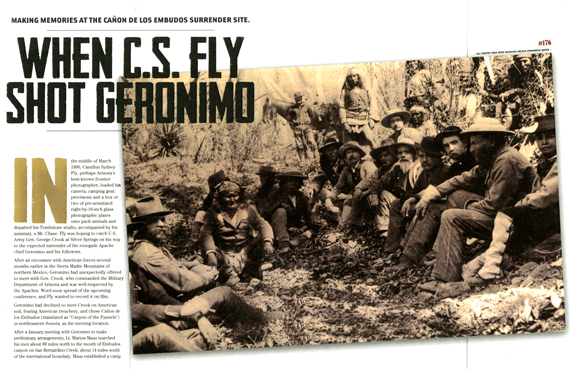 Horn and Sieber were cropped out, forever.

"History is a cruel trick, played on the dead by the living."
—Old Vaquero Saying
Posted by Bob Boze Bell at 12:03 PM