The Secret to Staying Married

May 10, 2017
For most married guys, the four most dreaded words in the English language are:

When we hear this we interpret that statement to mean: "You are in for a long listen."

Fortunately, I actually like to talk AND I am married to a woman who allows me to say my piece, and then some.

And, as you may know by now, Kathy is tired of going to Old West history conferences where me and my history pals argue for three days about the color of Tom McLaury's hatband. 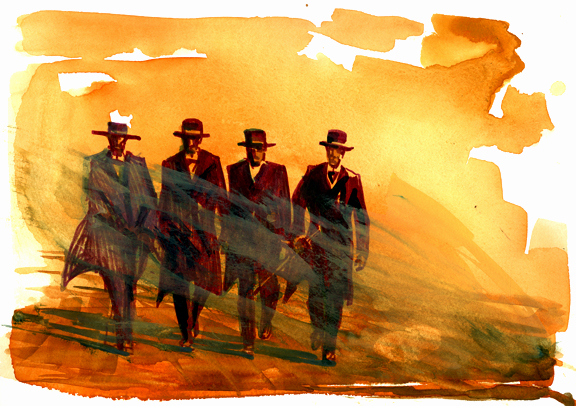 "Is That Tom McLaury standing by that post next to the Harwood house?"
"Yes, the guy in the silver hatband."

Recently, in couples therapy (a partial payback for all those history conferences), I found out I have been somewhat of an asshole on this aspect of our marriage, and that perhaps I should pay her back for 37 years of this  "historic" abuse.

So, I went to a "Hold Me Tight" workshop in Tucson a couple weekends ago with Kathy and here is what I learned:

We all get caught in "demon dialogue." You know, stuff like this:

• "How many times do I have to tell you to close the gate? We could get sued if a kid fell in the pool."

• "You make all these promises and never follow thru."

• "You sure are smart for being so damn dumb."

The problem with these statements (besides being true) is that they are "you" statements. Stop using "you" statements. It is accusatory and fans the flames of argument. Own the statements: "I'm concerned if we leave the gate open, we might get sued." Or, "I sure think someone is pretty smart for being so damn dumb."

Also, There's a huge difference between, "You don't listen," and, "I don't feel heard". 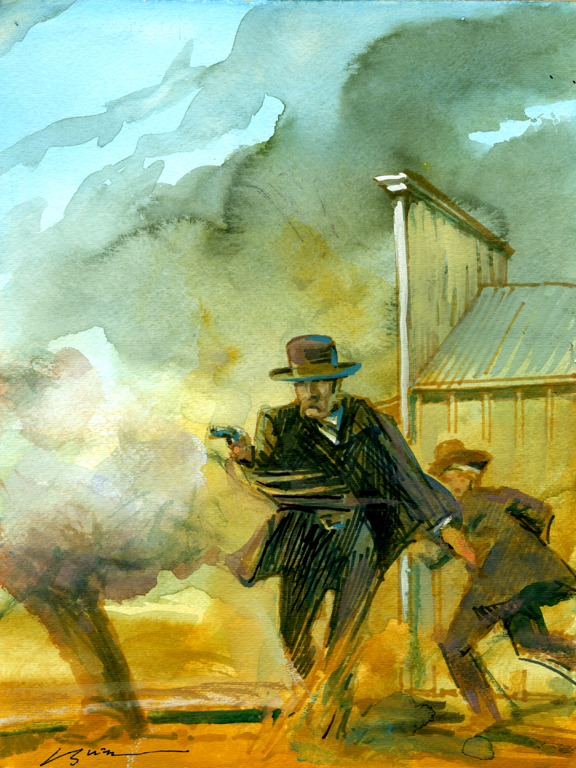 "I have commenced to fight. Perhaps it would be better if you departed."

Turns out the secret to staying married is no secret: it's hard work! And, like any work, if you are going to be successful, you need the right tools. Like these:

The "Turning Towards" Tool: I'm watching a game when Kathy comes home and tells me there's a pretty sunset and I should come out and look at it. I don't want to do that, I'm watching an important game, for Pete's sake! If I ignore her and keep watching the game, that is "turning away." If I put the game on pause and go out and look at the god damn sunset, that is turning towards. This applies to everything and happens probably a dozen times a day with every couple. Turn towards her and you will be much happier, and so will she!

The Right Apology Tool: I am a dirty dog when it comes to admitting I'm wrong. I can rationalize like a mo fo, evade like a stealth bomber and flee like an artist who goes out to his studio and paints as if there is nothing wrong. Turns out there is only one kind of apology that works. That's when you express regret, sadness and shame, and you say these actual words: "Your pain hurts me." I did this merely as a rote exercise—because I was forced to by the moderators—and was floored at how good it felt, both giving and receiving it.

The Just Be There Tool: Guys want to fix stuff. So when our women get upset and show any emotion we immediately go to, "Okay, how can I fix this, so I can go back to watching the game?" Instead, it turns out, "you don't have to fix anything, you just have to be there." I know, this seems crazy-goofy, but it's dead-on-true. Shut up, actually listen and show compassion (okay, you can fake this last one, but it works!).

There's more, of course, but, trust me, if you do half of these you will be happier than me having to go to all these damn conferences for the next 37 years.

Here's one of the workshops in San Francisco: Hold Me Tight!

"Did you hear about the Norwegian who loved his wife so much he almost told her?"
—Kevin Thorson, a fellow Norwegian
Posted by Bob Boze Bell at 10:45 AM