May 11, 2017
One of the joys of my job is finding stuff that, to my knowledge, no one has seen before. Here's a discovery my production manager, Robert Ray, just made ten minutes ago. We are putting the finishing touches on our big Fly at Embudos package, which not only showcases all 18 exposures the legendary photographer made during the peace negotiations between General Crook and Geronimo, but we are also covering the bloody raids that happened after Geronimo and Naiche bolted into the mountains.

Just to give you a baseline, here is what Geronimo looked like at Embudos: 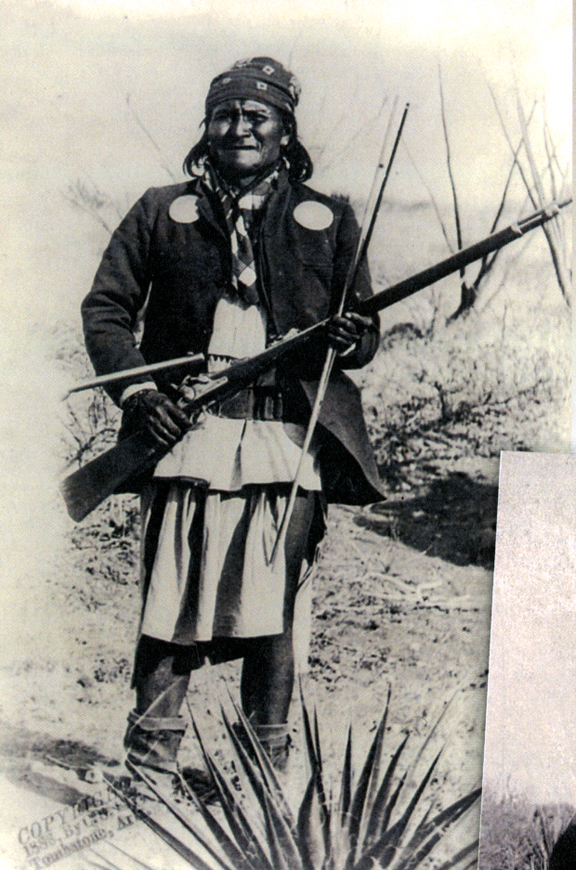 Geronimo at Canyon de los Embudos in March of 1886

Notice the calf-high moccasins, coat and headgear. The G-Man and his Apaches raided extensively for more than four months after this photo was taken, killing more than 60 "civilians" by my count, on both sides of the border.

One of the weirdest raids took place northwest of Nogales, Arizona when the Apaches raided the Peck ranch, killing Peck's wife and their baby and his hired hand, but then sparing the life of Artisan Peck who was wearing red underwear. The Apaches were going to kill him when Geronimo came up and said, laughing, "Mangas Coloradas," which is Spanish for "Red Sleeves," but it's also the name of a famous Apache chief who went by the handle, Mangas Coloradas. Apparently, Geronimo was amused by this and let the guy live. However, they stripped off Peck's clothes and took his boots.

In September, Geronimo and Naiche finally surrendered to General Nelson Miles at Skeleton Canyon, and before they were shipped east, this photograph was taken of the two at Fort Bowie: 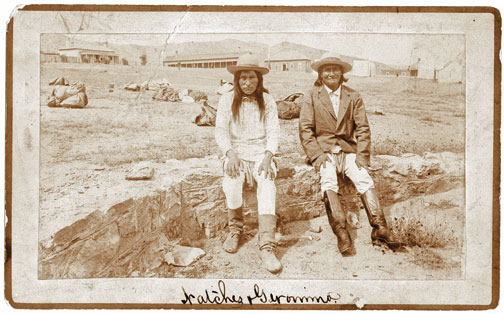 Okay, check out the G-Man's new headgear, coat and pants, but where did he get those fancy boots? From Artisan Peck, perhaps? Or, someone who may have had the initials "I.W."? 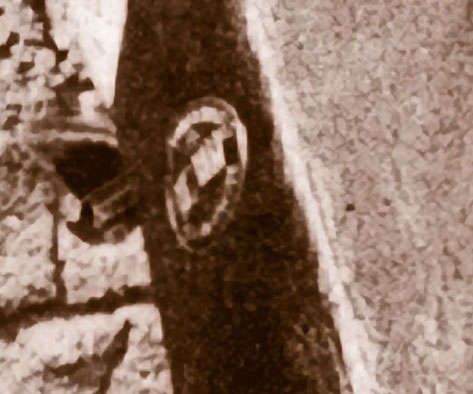 Or, is it the initials of a vaquero they killed? I am going back through Ed Sweeney's masterful book, "From Cochise to Geronimo: The Chiricahua Apaches 1874-1886" which lists many of the victims of the last Apache raids, before the surrender. So, we'll see what shakes out.

In the meantime, several have made the point that the boot top insignia is probably a maker's mark. In other words, the maker of the boots carved, or attached his logo on the boot top. Also, someone pointed out that Naiche and several others who surrendered with Geronimo, are later seen at a train rest stop wearing similar boots, which would point towards the Apaches, including Geronimo, buying new boots from the fort Sutler store at Fort Bowie. All intriguing and each one is possible.

"We were afraid. It was war. Anybody who saw us would kill us, and we did the same thing."
—Naiche, explaining their attitude about everyone they met in the summer of 1886