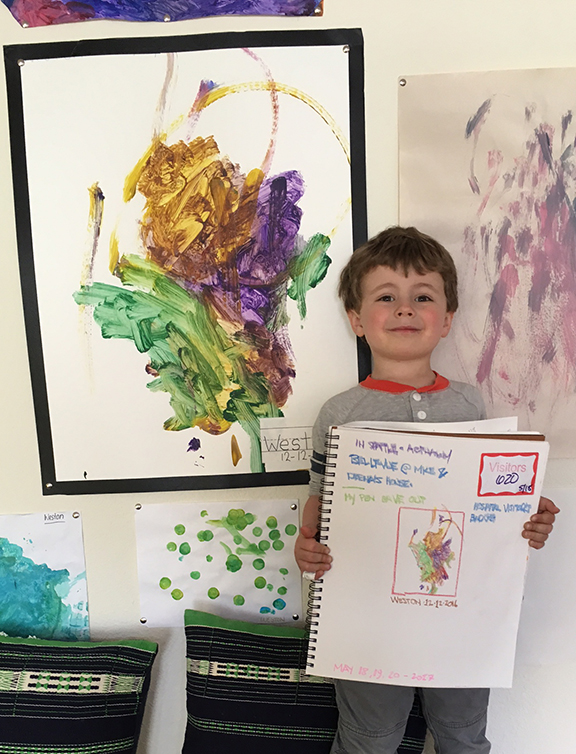 Notice the cocky look on Weston's smug little mug as he holds up Grandpa Ha ha's sketchbook, revealing the old man's puny attempt to copy the master. FYI: the red tag at top right, of sketchbook, is a visitor's pass to the hospital room where his sister was holding court just after her birth last Thursday. Here's a close-up of the painting Grandpa was trying to emulate: 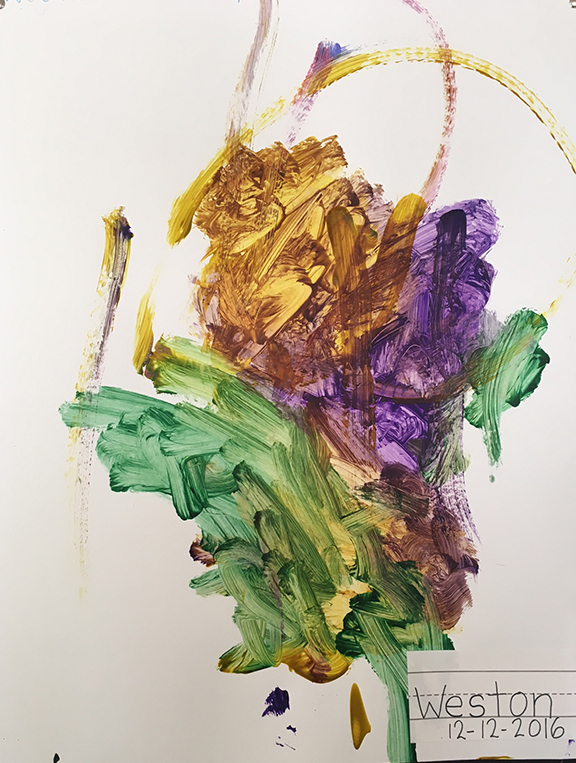 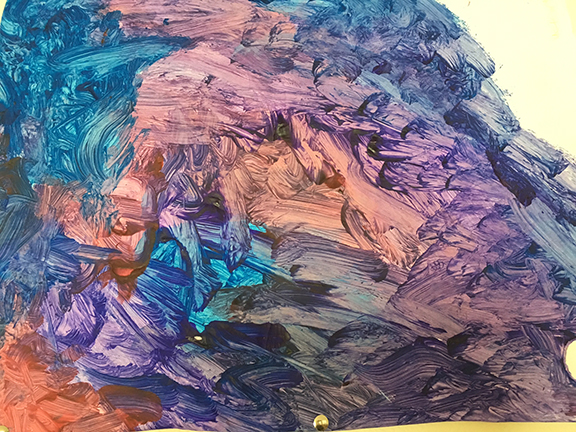 "It took me four years to paint like Raphael, but a lifetime to pant like a child."
—Pablo Picasso