May 3, 2017
On a road trip to Mexico. Staying in Rocky Point at Las Gaviotas (The Sea Gulls). No, matter the time of day, I'm always out prowling around for good huevos rancheros. 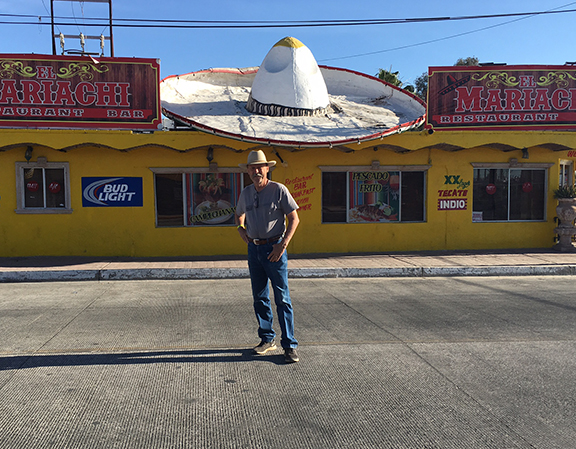 Had the huevos rancheros and a shot of tequila. Okay, actually two shots of tequila. The food was good, but by that point, who cares?

Got a nice little, old-school condo overlooking Sandy Beach. Did a sketch of Cholla Bay Peak at sunrise: 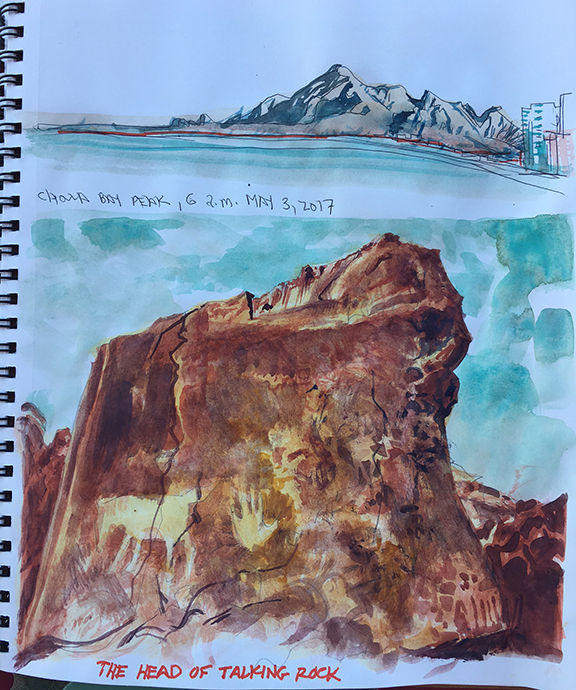 And here's the view from our deck, where I am painting: 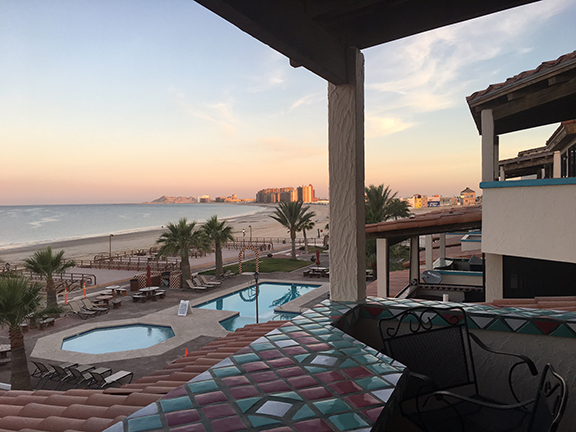 The view from Las Gaviotas out towards Las Palomas (where we stayed last month).

Heard a report that American Cowboy magazine is shutting its doors and I hate to hear that, but we got a nice email yesterday which makes me smile and gives me hope:

"My dad is 80 years old and I've given him a lot of gifts but I can say without hesitation that this is probably his favorite gift ever.  I was so afraid that he wouldn't want a magazine especially since he's been blind in one eye for 2 years and reading would be difficult . But he gets excited with every issue. Both he and my mom have told me that he reads it cover to cover. For as long as he is alive I will give him this magazine.  He enjoys it so very much. Your magazine allows me to give him something that he truly appreciates. So thank you!  I don't think I could ever top this! "