How Long Did It Take Indian Captives to Be Assimilated?

May 12, 2017
When we try and picture Olive Oatman as she probably appeared during her captivity with the Mojaves, we tend to think of her as Nancy Drew out on a lark—you know—like this: 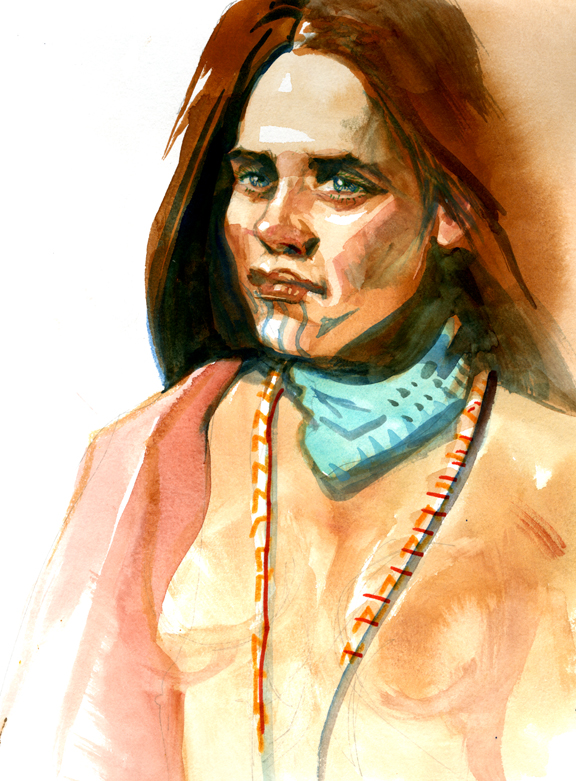 
In reality, when she was brought back to Fort Yuma after five years of captivity, by one account, the commanding officer had to be shown the light skin "behind her ear" to determine if she was, in fact, a white woman. She also had trouble speaking and appeared very discombobulated and made several requests to go back. 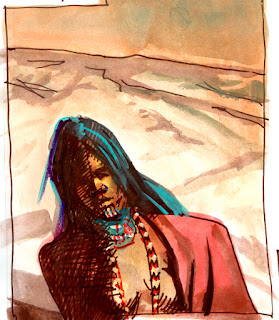 
Which brings up an interesting question: how long did it take captives to assimilate to In-din culture? Well, let's take a look at a couple examples: 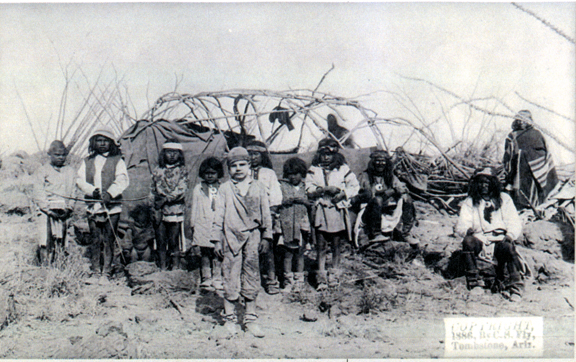 This photo, which is part of our upcoming coverage of all the Fly photos taken at Canyon de los Embudos, in March of 1886, shows the young New Mexico boy, Santiago McKinn (he was either 11 or 12). He looks miserable and forlorn, but when he was liberated by the American soldiers who felt sorry for him, a strange thing happened. First off, the boy refused to leave the Indian camp, so the chief, Chihuahua, had to personally deliver him to Fort Bowie. When Chihuahua left, the boy "acted like a wild animal in a trap." He was defiant, refusing to speak in any language but Apache and he demanded to be taken back to the Apaches. Santiago had been a captive for only six months and according to Crook's staff, was "absolutely Indianized."

At the other end of the spectrum, Cynthia Ann Parker was "liberated" after 35 years of being with the Comanches—and giving birth to the last great Comanche warrior Quanah Parker—and she was so unhappy she starved herself to death. That's how much she enjoyed coming back to the "civilized" world.

Here's an excerpt from  Lieutenant A. W. Whipple's report, during his railroad expedition in 1853: "I have mentioned, that before leaving Beaversville [in current day Oklahoma], [Jesse] Chisholm placed at my disposal a Mexican boy named Vincente, from Parras [Mexico]. That place was surprised by the Comanches, including probably his parents, murdered; and himself, with a sister and several others, taken away as captives. For many years he was a slave among the Comanches, taking care of their horses and performing other services. Wandering about with them from place to place, he learned their language, and the signs they employ in conversing with other tribes. At length he was seen and purchased by Chisholm when on a trading expedition. He gave for him goods to the value of two hundred dollars. The sister was married to a Comanche, and is yet living with them against her will. Vincente is probably sixteen or seventeen years of age, but not larger than a well-developed lad of eleven. He has an oval face, black eyes, Spanish features, and a pleasing expression; he speaks English, Spanish, and Comanche. It is easy to see that his character has been formed among the savages, for he displays in a marked degree the apparent indifference and obstinacy peculiar to the Indian race."

Finally, back to the Olive Oatman story, when the soldiers at Fort Yuma finally got wind of a "white woman" in the hands of the Mojaves, they sent a courier with a note asking about a woman who was by then called Spantsa. According to modern day Mojaves, the name means "rotten vagina," or "sore vagina," which implies she was either hygiene challenged, or very sexually active.

"Nothing is permanent. What has gone on in the past looks like having been in a dream."
—T.N. Pandit, anthropologist