May 4, 2017
It was our last night at Puerto Penasco, otherwise known as Rocky Point. Today it's a wonderful resort, but we have to thank the Army Corp of Engineers for creating a paved road to this rugged outpost in WWII so that, in case California was taken over by the Japanese, we would still have access to a sea channel.

Fast forward to last night, and Kathy and I enjoyed a nice evening on the front porch of our rented condo at Las Gaviotas. 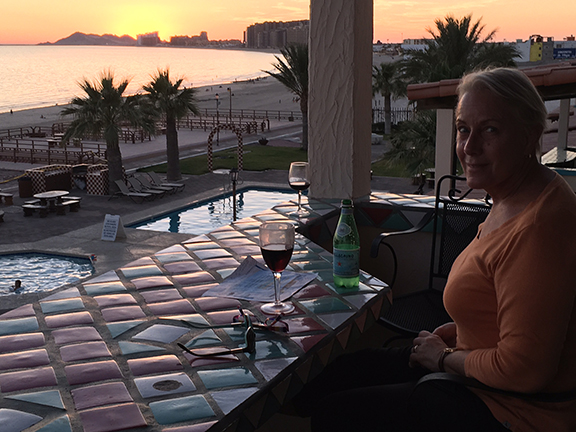 Kathy Sue enjoys a nice cabernet on the deck of our condo, #441, at the Gaviotas

Great little cove of condos, in the gooseneck of Sandy Beach. 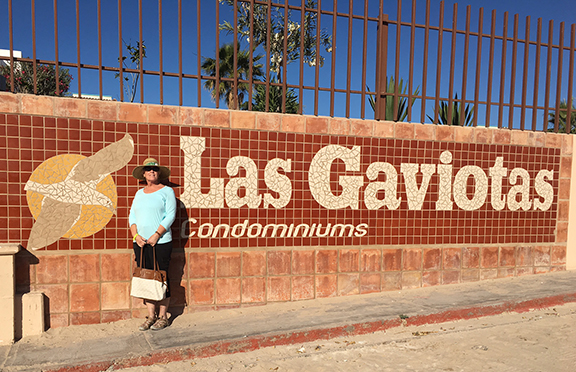 Mother Goose On The Town

Here's a photo of the beach way back in the old days: 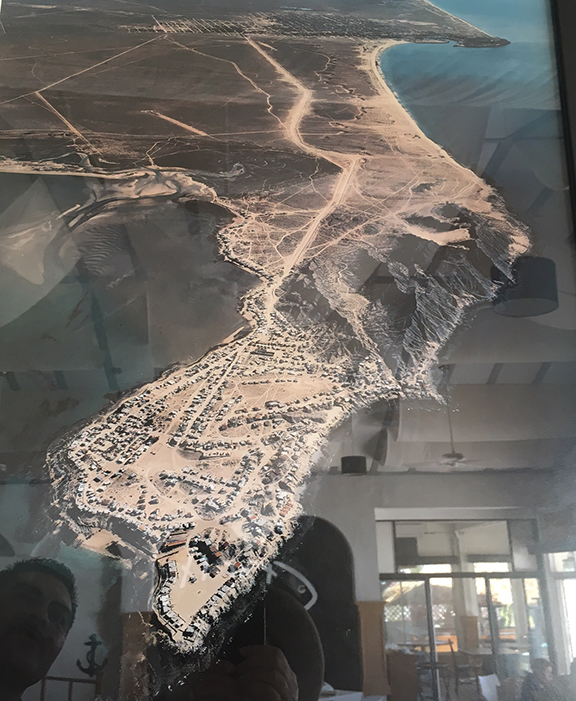 An aerial photo of Sandy Beach back in the day. The gringo settlement at bottom,
left, is known as Cholla Bay.

This photo hangs in the fish restaurant up on El Capitan, overlooking the bay. This is how Sandy Beach looked back in our day. Kathy first came down with her family when she was 13, in 1963. And I first came down in 1974, with the Ds, and Sandy Beach, that long stretch of open sand at mid to top right, was nothing but sand. Not so today. See high rise hotels in first photo, above (looking the other way).