The Last Lily & The Lesson of Worth

May 14, 2017
Her given name was Lily Louise Guess, but everyone called her Bobbie, after her father, Bob Guess, who she worshipped.

I just listened to an oral history by an old cowboy, Worth Duncan, wherein he relates stealing her new hat—he specifically mentions it's a Stetson—at a party (he was about eight) and having to ride over to the Guess ranch at York (on the Gila River north of Duncan) to give it back. Worth said it was a life lesson he never forgot and he never stole another thing in his life. Worth remembered it was in 1931 or '32, so I wonder if it's the Stetson in this picture? 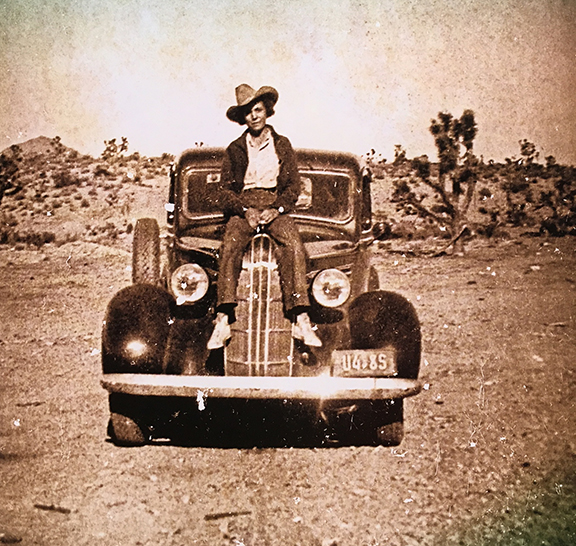 Bobbie Guess at The King Tut Mine, Mohave County, 1933

When Kathy and I drove to Rocky Point recently, actually both times, we took along the last bud from a bouquet of flowers I bought up at Bashas'. I didn't think it would bloom, driving with it in a paper cup, all along that long and bumpy road. But low and behold, it bloomed and Kathy immediately christened it "Lily Louise." I thought of my mother every day I saw it. 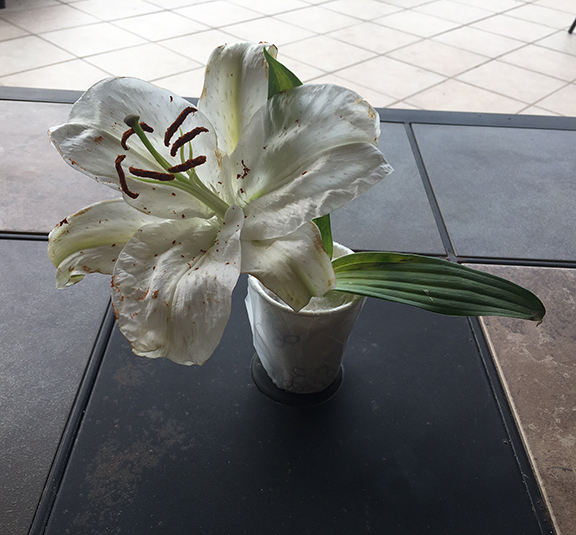 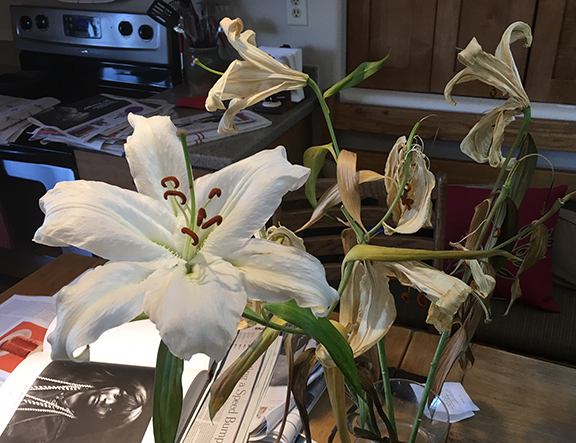 Thinking of my mother today (she passed in 2004) and I brought home another bouquet in her honor.