February 7, 2018
I have asked all my friends to weigh in on "Hostiles," for a round table discussion of the film to be published in the next issue of True West. If you read Paul Hutton's recent take on the new Western you perhaps thought we might finally have a Western worth leaving the house to see. 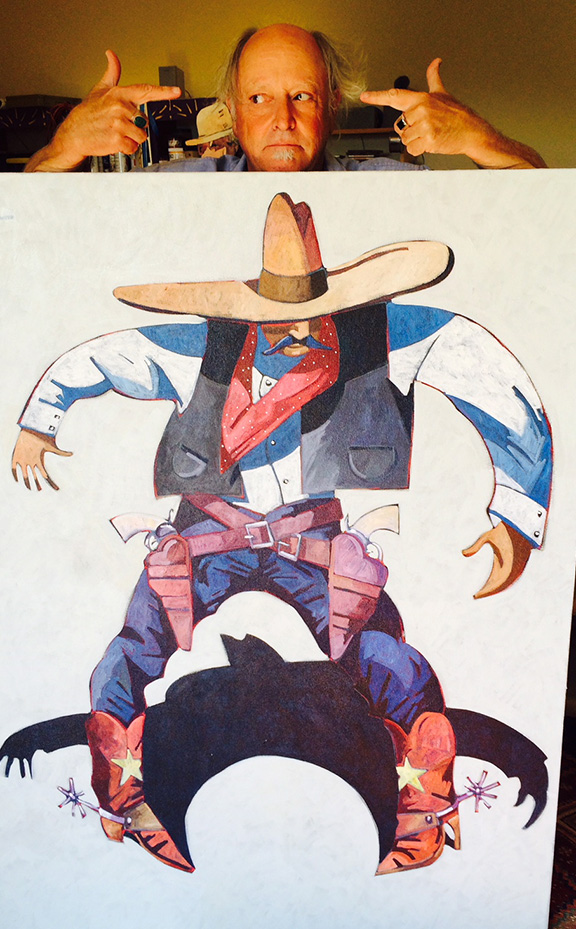 
Well, Thom Ross, who lives in an Alamo-styled house outside the backwater town of Lamy, New Mexico, finally got to town to see the film and he just filed this report (Warning: rough language and plenty of spoilers ahead):

"The last two movies I've gone to see in a theater have been 'The Fuckin' Revenant' and 'Fuckin' Hostiles'.........I don't think I'll ever pay another nickel to see another western as long as I live.

"'Hostiles' was so bad I was afraid that the music was by Carter Burwell, it was so friggin' lugubrious.  And I have driven from New Mexico to Montana.....just did it last September.  What one realizes is that between New Mexico and Montana there are a lot of really BIG mountains and the best way to avoid them is to go around them.  This can easily be done by traveling along the eastern edge of these aforementioned mountains.

"So our intrepid soldier-boy (played by the frozen face of Christian Bale) takes HIS group of rag-tag, ne're-do-wells OVER the mountains.  I was afraid that they'd never make it to Montana within the time constraints of a movie.  But somehow they did, but not before that incompetent soldier-boy got almost every member of his band killed.

"I especially liked the bad soldier tied to the tree and the nicer soldier decides to let him loose!  WOW......I started to laugh when the prisoner, once the shackles were off, KILL that stupid trooper who was so full of good intentions.  How many times have I seen that?)

"And every scene was shot as if the backdrop were paintings from the Old Masters..........indeed, the scenery was much more interesting than the stupid film.

"And at the end when the mean ol' white racist rancher rides up with his three bearded, brainless sons.......the old man has been smart enough to LIVE to BE old and his three murderous sons (Ike, Phin, and Billy????) were well on into their late 20's or 30's..........yet they make a child's error of confronting soldiers (who are usually armed) and wind up getting all four of themselves killed.

"Thank god the white guy and the white BLONDE woman survived....along with the little Indian boy with the perfectly braided hair who probably wound up being a crack-head on the Crow rez.

"I also liked the fur hunters who grabbed the women and took them to their camp to rape them and tie them up....and they were like 200 yards from where they had stolen the women in the first place.

"At least the pretentious music keep reminding me that this movie was "heavy" otherwise I would have thought it was a Monty Python skit.

"I think I'll go watch John Wayne's 'The Alamo' where they have the more historically accurate birthday party for the little girl during the middle of a siege in which they are ALL gonna be fuckin' KILLED! At least THAT was more believeable.

"I guess my final complaint is that not EVERY SINGLE PERSON IN THE MOVIE GOT KILLED.  At least at the end the train the three survivors got on was heading EAST, and not West.  ADIOS!"
—Thom Ross 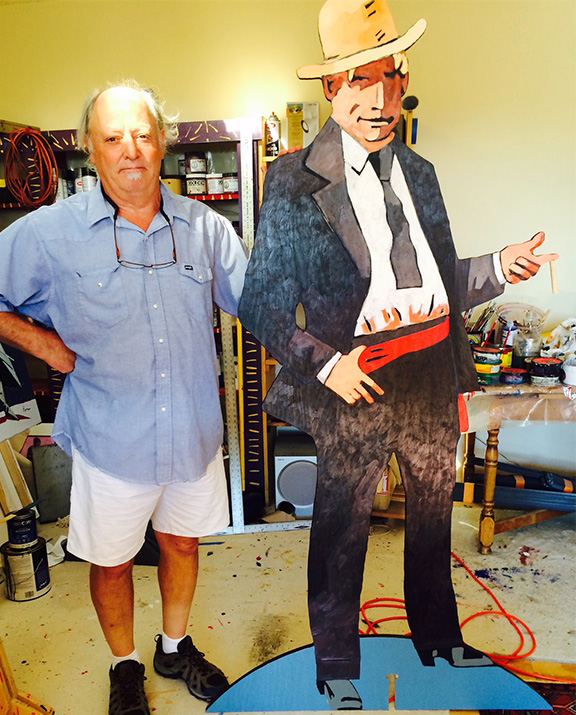 Thom Ross with his plywood cutout of Charlie Russell

The irony here is that both Thom Ross and Paul Hutton are great friends and agree more than they disagree on all things Western. 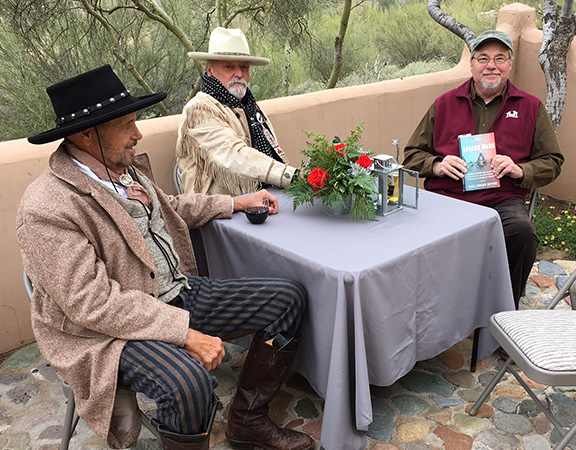