February 15, 2018
Here's two more classmates of mine that deserve to be included in the: 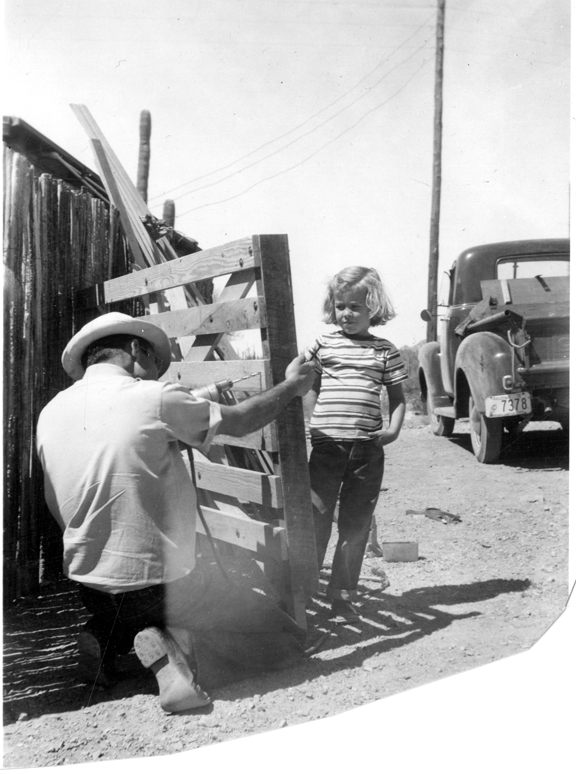 Lynda A. Sánchez: age 6, 1951, with her father, Joe Carithers (one of the last members of the horse cavalry trained at Fort Riley, Kansas in 1944)). The two are working on corrals near Tucson Mountain Park where he was the Superintendent. He instilled in his children a love of history and the wild outdoors. "I always loved history but I became interested in writing history when I worked with Eve Ball in 1973. I published my first article in True West in 1978 with an article on Geronomo's wives. Since then I have published 6 books and more than 350 articles." Lynda lives on a small ranch along the Rio Bonito in historic Lincoln, New Mexico. 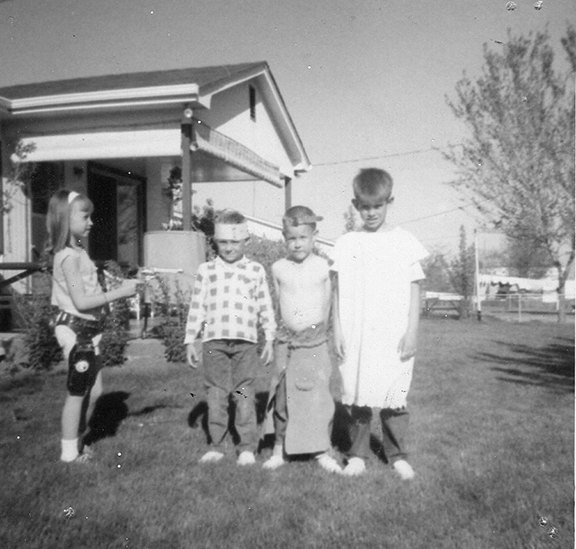 Linda Wommack: Photo taken in my backyard in Littleton, Colorado approximately 1965. I am 7 years old. My late brother, Stephen is the boy in the middle. He was killed in a Marine Corp accident in 1983. I have been interested in history since my mother told me stories of Clear Creek Annie as we drove through the Colorado rock canyons of Clear Creek Canon. In third grade I did my first book report on a book about Baby Doe Tabor of Leadville, Colorado. I began reading True West in college and my first article was published in the magazine in 1994. Today I am a contributing editor for True West. I have been a staff writer for Tombstone Epitaph since 1995 and a staff writer for Wild West magazine since 2003. I have published ten books on Colorado history with the latest being a first ever biography of "Ann Bassett, Colorado's Cattle Queen."

"In This world truth can wait. She's used to it."
—Old Vaquero Saying