February 11, 2018
One of the byproducts of painting is that stories—and titles—often develop and appear, as I lay in washes. For me, it's kind of magical and therapeutic at the same time. 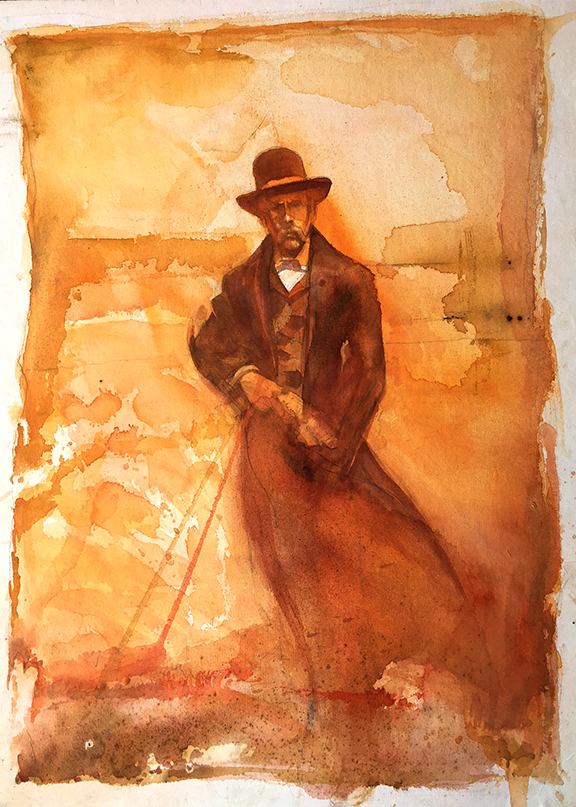 That was not the title I started out with. I was pursuing the theme "Blood On The Badge" and in the process of painting the above, this better, or, at least, more accurate, title showed itself. So I went with it.

Even when I was just starting out, at age four or five, my parents told me I would draw pictures and then tell them what the story was that led to the scene. Often the scenes did not live up to the crude renderings, but the main thing is the act of drawing has always led me to a story.

So I have been thinking quite a bit about storytelling lately. Here are a few thoughts on writing stories that I have benefited from:

Writing is easy: choose the right words and put them in the right order.

Writing is hard: close yourself in a windowless room and wrack your brain until tiny beads of blood form on your forehead.

"Let's get one thing clear right now, shall we? There is no Idea Dump, no Story Central, no Island of the Buried Bestsellers; good story ideas seem to come quite literally from nowhere, sailing at you right out of the empty sky: two previously unrelated ideas come together and make something new under the sun. Your job isn't to find these ideas but to recognize them when they show up."
—Stephen King, "On Writing"

And, as a bonus, sometimes we get credit for things we really had nothing to do with:

Dear Professor Hutton,
"I observe you on tv where the show is entitled 'Gunslingers,' I believe this to be a misnomer as I think gunslinger is a modern term perpetuated by that phony Bob Booze Bell."

Story Idea: The Exits
A young transgender cowboy—his friends call him "Booze"— falls in love with a grunge Queen living in a ramshackle house on the edge of the Mojave Desert. After the gas is turned off the two must accompany the aged and ailing landlord for medical help in 29 Palms, but a biker gang has other ideas. After a shootout in a Cum-N-Go parking lot, where several of the bikers are shot dead, the media and the lawyers take over and soon the trans-cowboy finds himself in legal hot water as several former girlfriends accuse him of appropriating the term "gunslingers" and using it for financial gain. This tenderly exuberant metaphor ricochets back and forth between his innocent past, and the "exiting" of his current body. 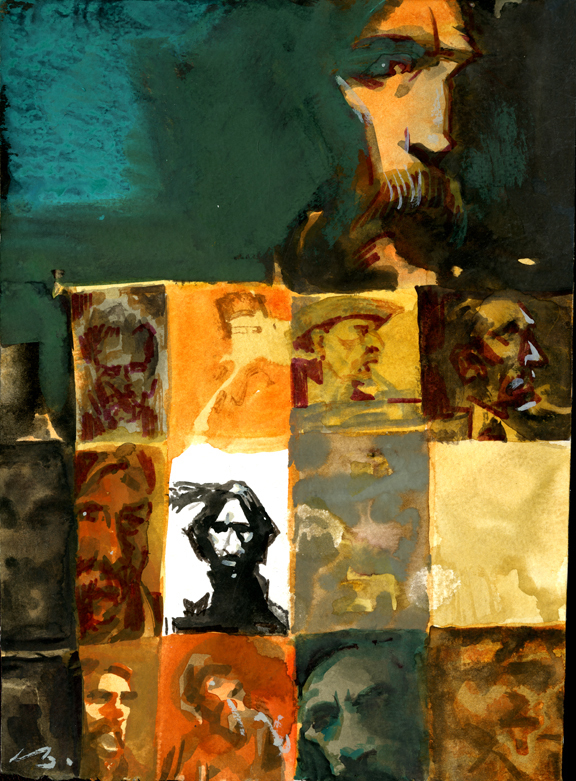 Daily Whip Out: "The Exits"

"The farther up the flagpole you go, the more people can see your rear end."
—Old Vaquero Saying