May 12, 2019
Yesterday was my first full day off after the Billy cover death march. That was a three week sidebar and I needed a breather. So I did some fun paintings. Wherever my brush wanted to go, I let it go. 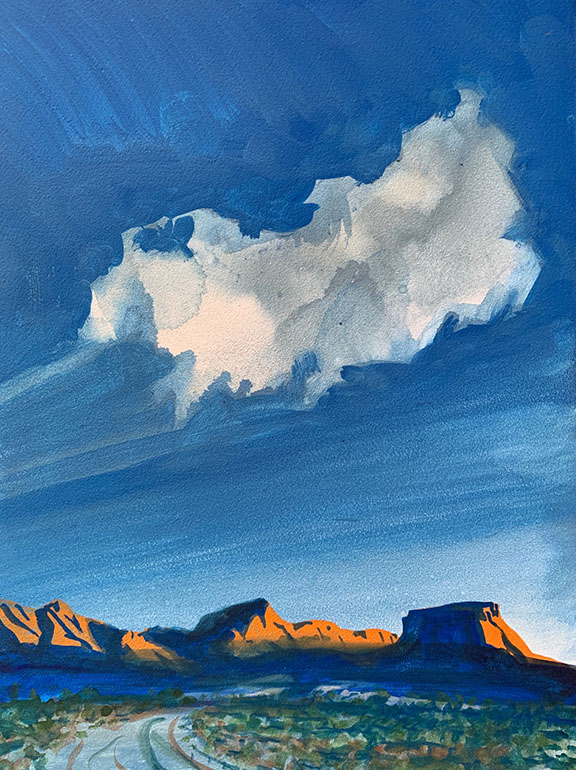 There were actually ten, but you get the picture.

Decided I needed some levity, so I took a step back and aimed at an overview of things and gave that a go. 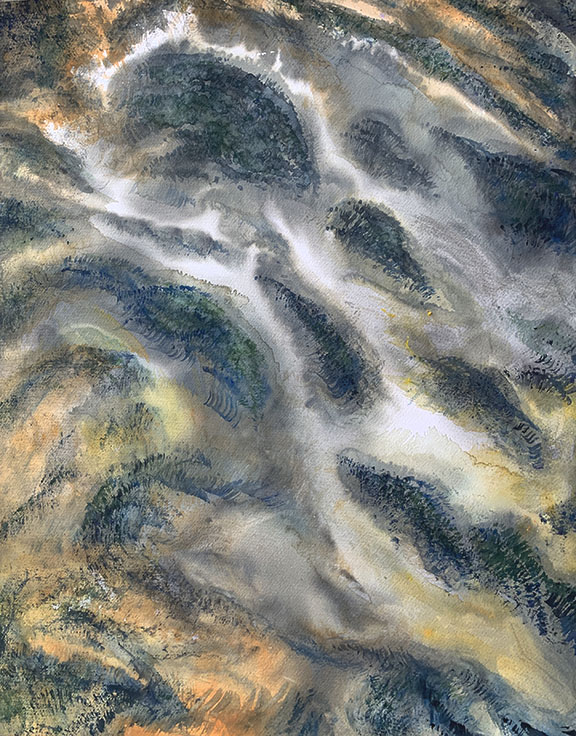 Daily Whip Out:
"Aerial of The Orchard Ranch
As The Morning Fog Burns Off"

I love aerials and topos. Always have. I was a draftsman for several years, you know.

I also rounded up all the loose Billy art and put it in Kristi's area for filing: 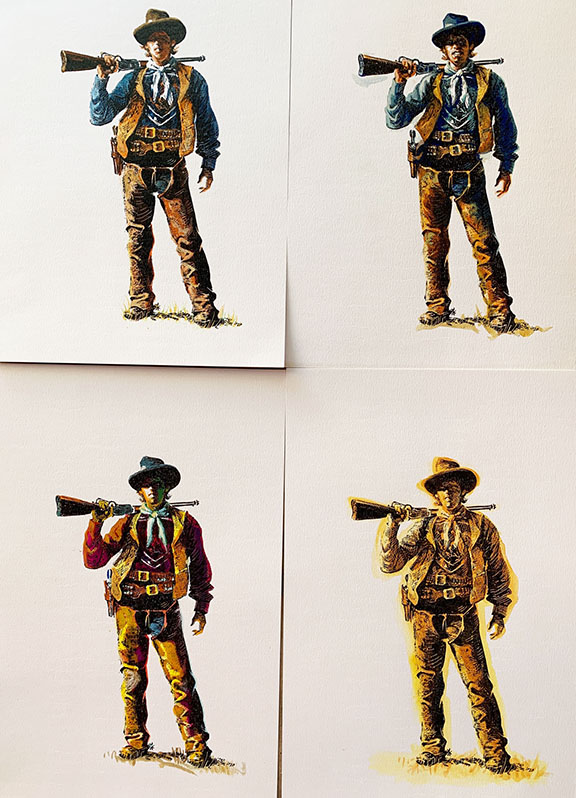 Summer Is Coming
Kathy and I are late to the "Game of Thrones" phenom. About a month ago we decided to watch an episode a night and we are currently on season three, episode four. I am so inspired by the storytelling, I started reading the source material. I must say George R. R. Martin has earned every penny he has made (reportedly $15 million a year).

Great flawed characters thrown together with life or death consequences and it rarely goes where you think it's going to go. In addition to the snappy plotting and character collisions Martin is also a master of scene setting. Here is the set up to the bastard son Jon Snow getting drunk in the great hall:

"The Great Hall of Winterfell was hazy with smoke and heavy with the smell of roasted meat and fresh-baked bread. Its grey stone walls were draped with banners. White, gold, crimson: the direwolf of Stark, Baratheon's crowned stag, the lion of Lannister. A singer was playing the high harp and reciting a ballad, but down at this end of the hall his voice could scarcely be heard above the roar of the fire, the clangor of pewter plates and cups, and the low mutter of a hundred drunken conversations."

That is just crazy good. Every word chosen for maximum effect. Bravo.