Born to Run Billy Colorized And The Orogrande Shotgun Chaps

May 3, 2019
I took a day off yesterday from my pursuit of the Billy the Kid cover. I really hit the wall on it and needed to regroup and refresh myself. Spent the day working on other aspects of the Billy coverage in the issue.

Meanwhile, my production manager, Robert Ray, borrowed some watercolor paper from his wife Bea and took those sheets down to JC Printing in Phoenix and had Vlad Gonzalez print out five black and white prints of my "Born to Run Billy."

This morning I got up and attacked the black and white print and added some color. 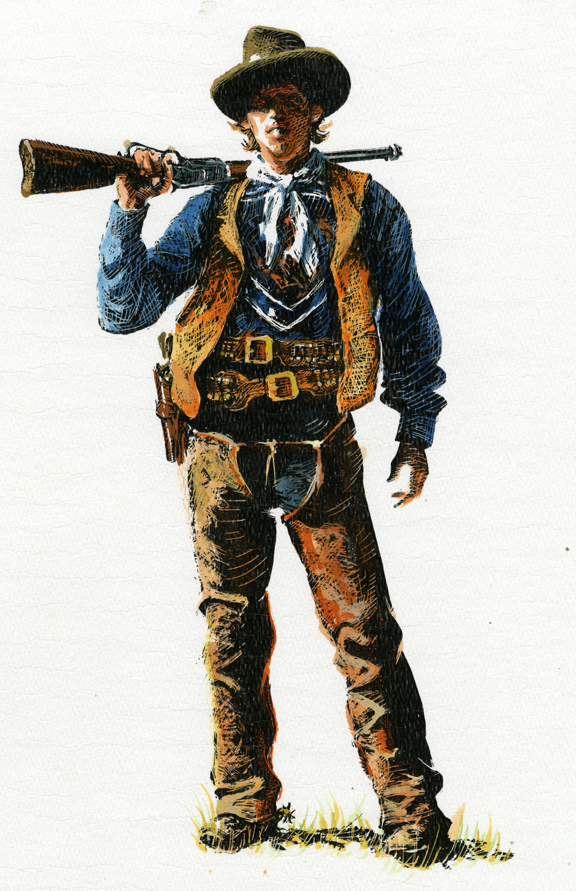 Here's the backstory on those shotgun chaps. In October of 1990 I booked a flight from Phoenix to El Paso, Texas and rented a car and drove the back way to Alamogordo, then on to Tularosa, up the mountain to Blazer's Mill and Ruidoso and on into Lincoln. This route goes through a little semi-ghost town called Orogrande. As I shot through there at eighty-plus, I spied this antique store in an old, rock barn and decided to go in and see what I could find. Here is the owner: Hanging on the wall in the back of the store were these funky pair of shotgun chaps for $80. I also purchased a broken Colt Thunderer.

So when I got to Lincoln and met the Billy the Kid dead ringer, William H. Cox, I added the shotgun chaps to his ensemble and it gave him just a pinch more authenticity, instead of the usual black pants tucked into boots (like in the photograph). 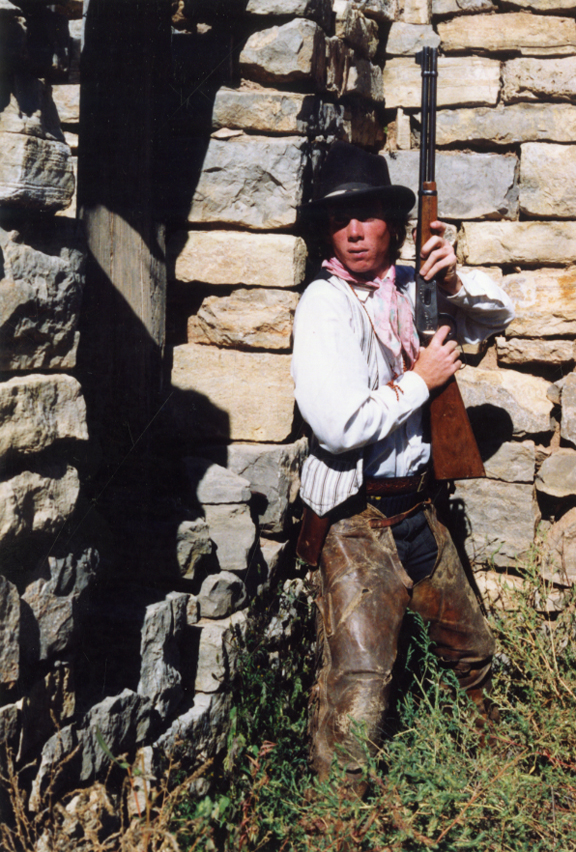 This is in a stone building behind the Ellis Store. I shot other images of the lad, but as you can see here, without those shotgun chaps, the overall look kind of loses something: 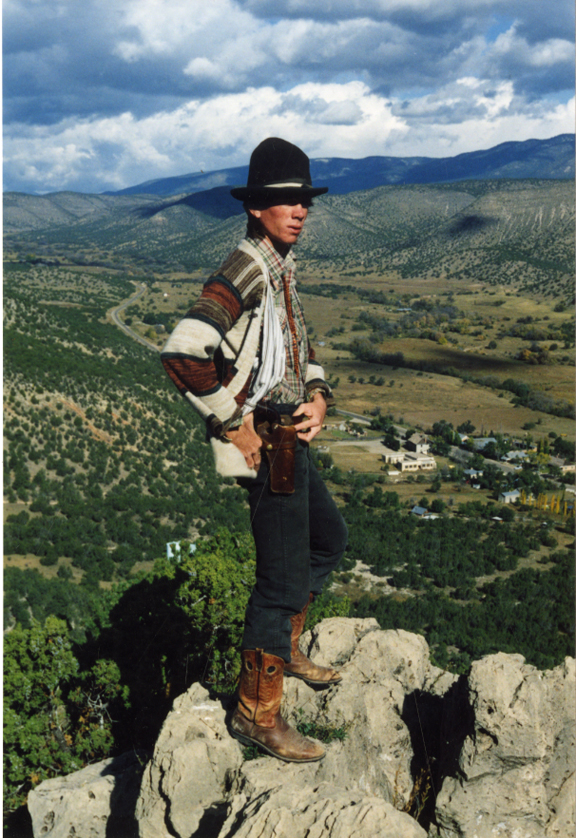 I still have those chaps and they hang in a place of honor next to the staircase in my studio. 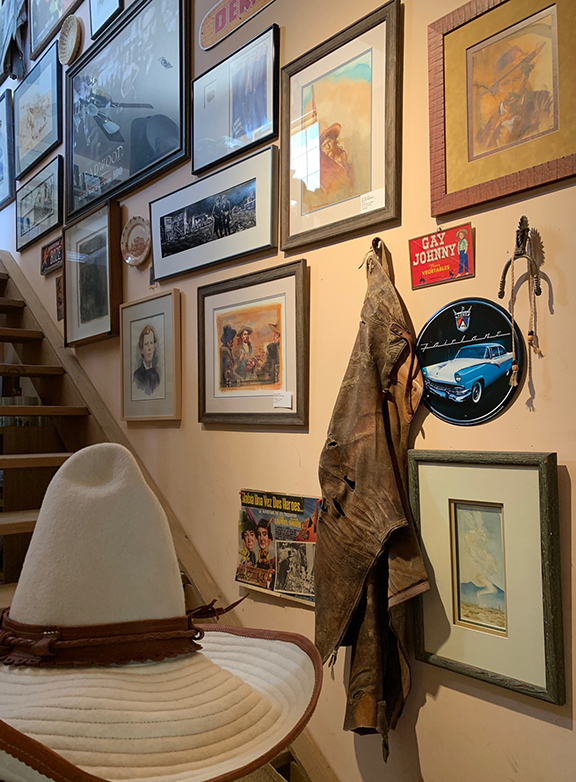 They make me smile whenever I see them. And, yes, that is a RJ Preston Sugarloaf Sombrero, at left.

"Aren't you supposed to be wearing pants under those chaps?"
—David Lee Roth's mother