Too Many Billys And A Miracle Over Ratcliff Ridge! 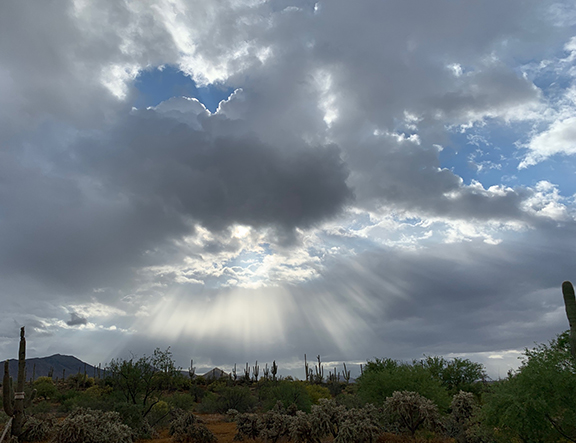 In spite of the rain, I dressed up as Squire Wilson and made Kathy follow me out to the pump house, where she shot three photos of me posing as if I'm hoeing onions. I plan on using this image, funked up, of course, in the Brady Ambush section of the Billy the Kid package we are completing for the July issue. 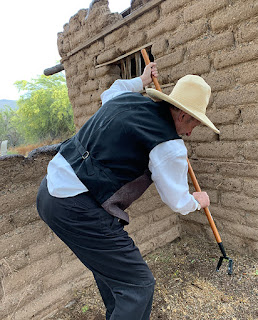 My number one daughter turns 39 today. She is a road warrior, en route to Des Moines for her job, on her birthday. 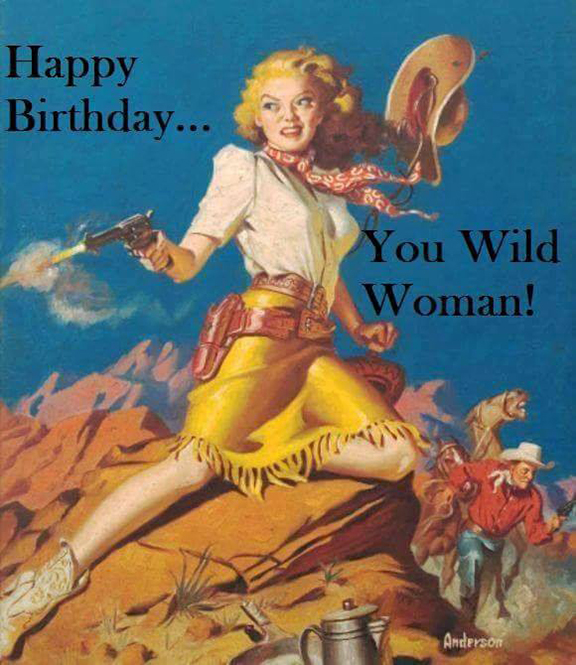 Had our final Design Review this morning to try, once and for all, to narrow down a good cover for July. 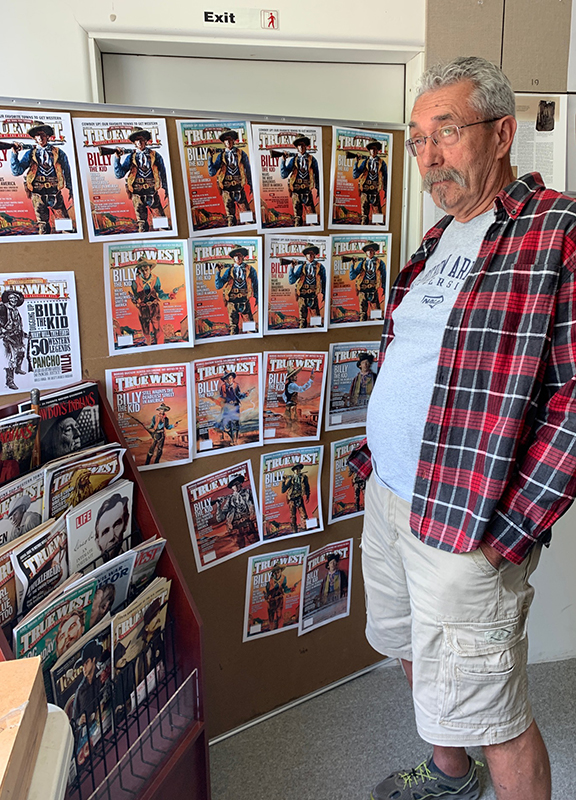 Dan The Man rolls his eyes at the many, many versions of Billy the Kid covers he has been forced to do (21 by my count).

True, there's only 17 on the board, but there are others that didn't make it up there. The consensus in the meeting is that the top two, middle right, are the contenders. Still arguing over cover heads.

The Ultimate April Fools Joke
On April 1, 1878, Squire Wilson was hoeing onions in his back yard in the quiet town of Lincoln, New Mexico, when a stray bullet, fired by Billy the Kid, or one of the Regulators, at the sheriff, from across the street, sliced through Mr. Wilson's buttocks. 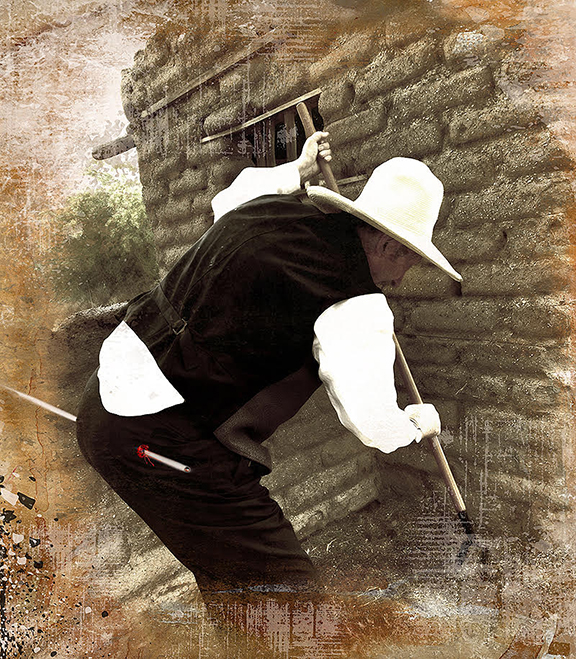 He lived and, no doubt, the onions grew in spite of the lack of immediate maintenance.

Speaking of Billy the Kid, I received a cool little gift from The Top Secret Writer to commemorate the epic struggle to get all the Billy coverage into our July issue. 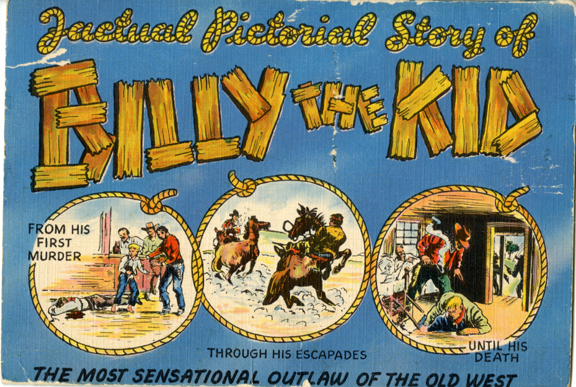 Here's a photo from last Saturday's Fun Run, taken from the Hackberry cemetery where my great-grandmother is buried. 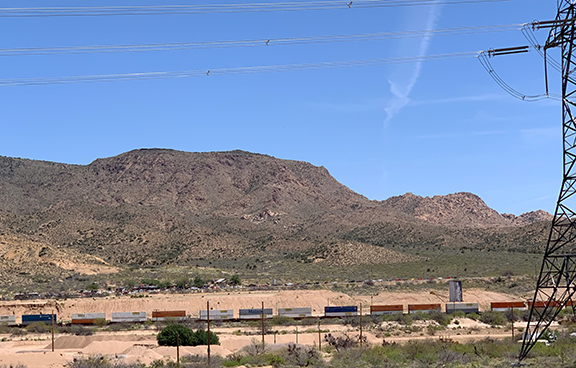 Hackberry Cars Rolling Both Ways
By The Hackberry Store

We're looking across the valley at the Hackberry Store on Route 66, with classic cars lined up for miles to get in, while a Santa Fe freight train chugs by going in the opposite direction. That power pole, at right, has its own story, which Fred Grigg told me about in bloody detail (Fred earned a $75,000 settlement over its placement).

"Wonderful stuff. Boze paints what the rest of us can only imagine."
—Fred Nolan, Chalfont St. Giles, England