Swearing By The Real Al Swearingen

May 23, 2019
Here's a little historical dust up that happened today. 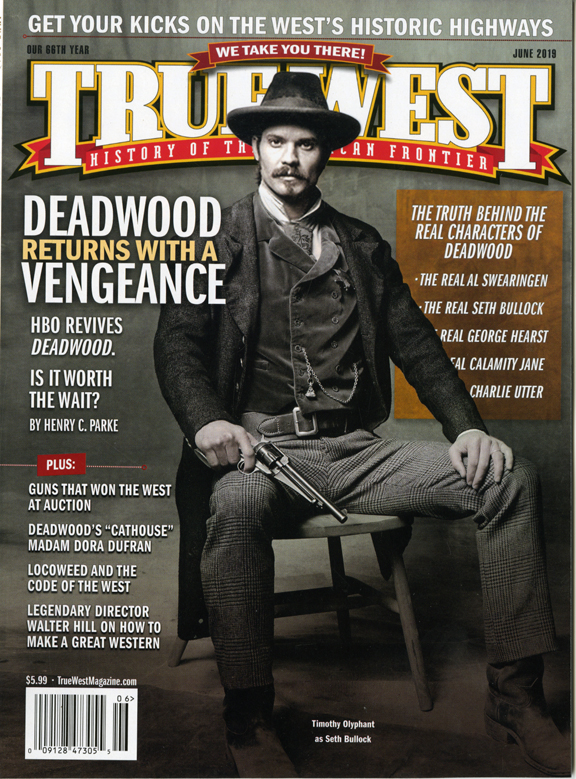 Your articles on Deadwood in the current issue inspired me to get the series on Netflix and do some research on the subject.  I then noticed the difference in spelling of Al Swearengen’s name.  It appears that your June issue misspelled his name throughout your articles.
—Tim Daley
Union Grove, Wisconsin 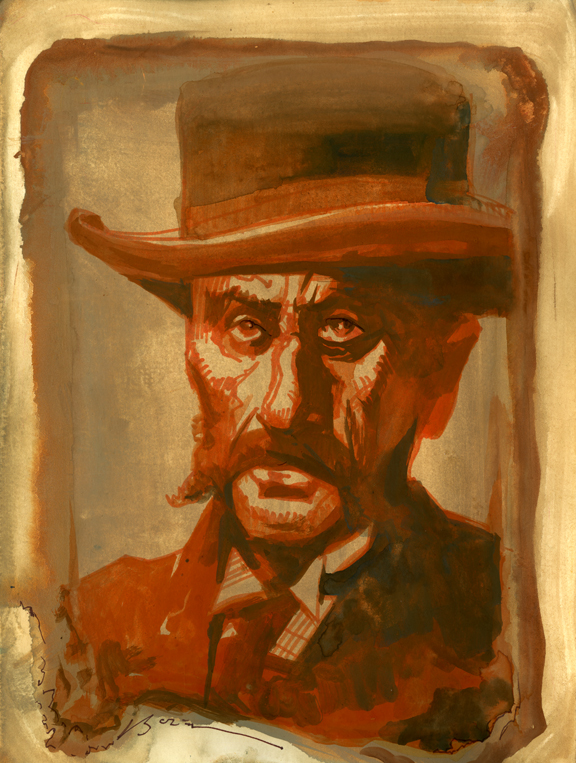 
Our Editor, Stuart Rosebrook Responds:
I highly recommend you buy the Jerry Bryant and Barbara Fife book, "Deadwood's Al Swearingen: Manifest Evil at the Gem Theatre." Bryant was the historian HBO used to advise them on the character. The real spelling, with the i, is based on genealogical records and the US Census. Chapter 1 of the book has details back to Texel, Holland. They shipwrecked on Long Island 1657 and settled in New Amstel, today's Delaware. Aelbert and Albert are family names going back to The Netherlands. The 1860 census show's Al's father writing the name with an i. And on multiple headstones in Forest Cemetery and Old White Cemetery in Oskaloosa, Iowa,  Al's family members are buried under headstones spelled with the i. Al's funeral is listed in the funeral records, as Ellis A. Swearingen (his formal name), cause of death, RR accident. pp 113-114. He was buried with his mother, no marker. His father is buried with the marker DJ Swearingen, His mother Keziah wife of DJ Swearingen, chapter 7, page 118.

Here is a site with info on the mother's grave where he is buried: https://www.findagrave.com/memorial/10057436/keziah-swearingen

Why does HBO spell with an E? Could be legal reasons or that is how the original screenwriter chose to spell it. Why does Deadwood have it spelled with an e? It is incorrect and it has not been updated. But, as you know, all across the West there are debates about every point of history--from the Alamo to Billy the Kid....What's in a name could be an interesting article for us-as inspired by your query. Thank you.

By the way, Bryant spent a lifetime researching Al Swearingen. I stand by his spelling and research. In previous materials in TW, including Bob's book on Hickok, the name is spelled with an e. This research and their book was just published in 2018. We are updating the spelling across all publications.

We will stand by the updated research that demonstrates his name is Al Swearingen.
Just an aside, if you did research on my family name you would discover the following variances;
Roxburgh, Roxbrugh, Rosbrugh, Rosburgh, Rosebrugh, Roseburgh, Rosbrook, Rosebrook, Rosborough, Roseboro, Roseborough, and many more; they are all connected back to the same family in Ireland, Scotland, England and Wales. And not one is more correct than the other...just different ways the family spelled the name and changed it over time.

We really appreciate your interest in True West!

All the best, Stuart

"I'm Bob Boze Bell and this has been a True West Moment."
—BBB