Imagine my surprise when I discovered both at a birthday party in Seattle, Washington. 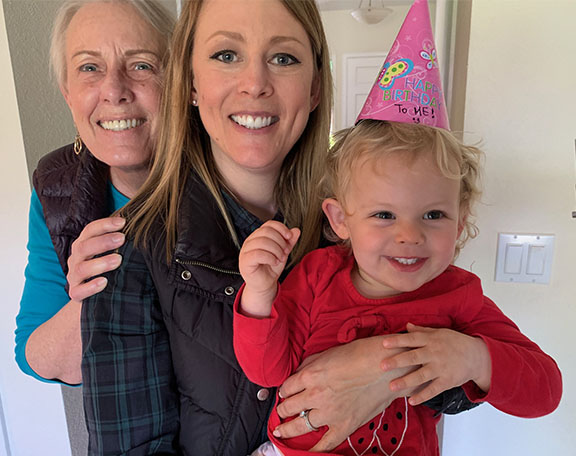 The birthday girl is two.

It's a cliche that good writing feeds on strong conflict. I brought along the first book of "Game of Thrones," to read on the plane. Here's a nice short scene that has both conflict AND emotion: the bastard son of Eddard Stark, Jon Snow, is leaving Winterfell to join the Nightwatch, but he wants to say his goodbyes and so he shows up at the room where his brother Bran is in a coma and his mother has been at his bedside for a fortnight. Jon is nervous about going in and when he does, the mother rebukes him. The tension between the two is at a two on a scale of one to ten. When he insists on staying, she says, "I told you to leave. We don't want you here." Each comment and exchange escalates the tension. When Jon pleads for sympathy, "He's my brother," the mother says, "Shall I call the guards?"

"Call them, Jon said, defiant. "You can't stop me from seeing him." Now we're at a seven, or eight on the conflict scale.

The mother, in her grief, confesses she prayed for the boy in the coma to stay behind with her. In an attempt at compassion, Jon says, "It wasn't your fault." Then we get this:

"Her eyes found him. They were full of poison. 'I need none of your absolution, bastard.'"

Jon retreats to the door but she has one more vicious comment: "It should have been you."

In other words, it should have been the bastard son who fell out of the broken tower and is in a deep coma. She collapses in sobs, weeping. George ends the short scene with "It was a long walk down to to the yard."

"George is one of those 'overnight successes' who toiled for decades to get there. He was a moderately successful horror writer for a long time. A writer's writer, who's always been good and was read by everybody else in the field, received awards, etc., but could walk into almost any bookstore in the country without being recognized.

"Somewhere along the line he got it into his head to combine epic fantasy with epic horror in a way that's never really been done, and to make it all seem utterly realistic. It worked. The books caught on quickly and made him a household name in fantasy-loving households. But it wasn't until HBO came along that he became a household name almost everywhere. Now he's so famous they made a Funko Pop out of him (one of two authors so honored, that I know of. Proud to say I've met them both, George, of course, and Ted Geisel, who lived in La Jolla where I managed a bookstore for a decade.). And as he says, trucks roll up to the front door every week and unload money into the house. Another friend, Charlaine Harris, had a similar experience when HBO made True Blood, She'd had a pretty successful book series with her Sookie Stackhouse books, but when the TV series hit big, suddenly she had 8 books on the New York Times bestseller list simultaneously--an unmatched feat, I believe.
"Anyway, he's a fine writer and a really good, deserving guy. I'm envious of his success, but don't begrudge him a second of it."
—Jeff Mariotte

"I always expect the best from George R. R. Martin, and he always delivers."
—Robert Jordan