May 9, 2019
Here's what I love about studying history. It's the crazy connections that continue to thrill me. My good friend, fellow artist and baseball fanatic, Thom Ross, once regaled me with this historical fact: a mere two weeks after Custer and his crew were wiped out at the Little Bighorn, George Bradley of the St. Louis Brown Stockings threw the first official no-hitter on July 15, 1876. 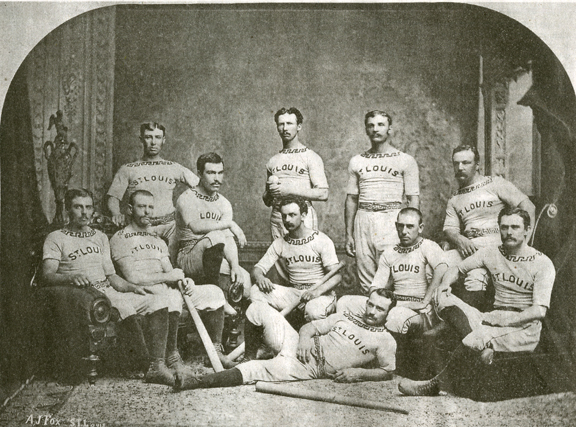 That is just too cool for school. And speaking of school, I'm sorry to report that the study of history in colleges and high schools is being reduced to an evaporating hotbed of competing revenge narratives. It doesn't help any that history classes being taught in public schools are hamstrung by ethnic politics and the PC police, but it goes beyond even that. One of my Native American friends tells me his tribe (Apache) is hell bent on removing all mentions of scalping in all narratives of wagon trains or encounters with White People in all the history books. Okay. Were the popular narratives of scalping in the Old West overstated? Yes, especially in the 1920s when you almost couldn't get published unless your wagon train was attacked by Indians. And, to boot, your hero also needed to kill a bunch of buffaloes. Was that highly inaccurate? Boy howdy. Does that mean there wasn't any scalping by Native Americans on the frontier? BOY HOWDY!

And, so it goes. Is this a threat to our country? Some think it is.

Is The Declining Interest In History A Threat to Democracy?

"There is no scientific metric for gullibility. Nor can we quantitatively prove that civic ignorance imposes a political cost on society. These are questions of judgment. But if America’s origins tell us anything it is that a well-informed citizenry creates a stronger society. We may no longer be interested in history. History is still interested in us."
—Edward Luce
Posted by Bob Boze Bell at 10:55 AM