The 66 Kid Returns to The Mother Road

May 1, 2019
This coming Saturday morning I will ride on the trunk of a '62 'Vette convertible from Seligman to Kingman and I will wave the entire way like a stuck up rodeo queen.

I have a lot of history on this stretch of two-lane blacktop. When I was six months old, my father moved my mother and I to the Hualapai In-din Reservation where he ran a service station on old Route 66. 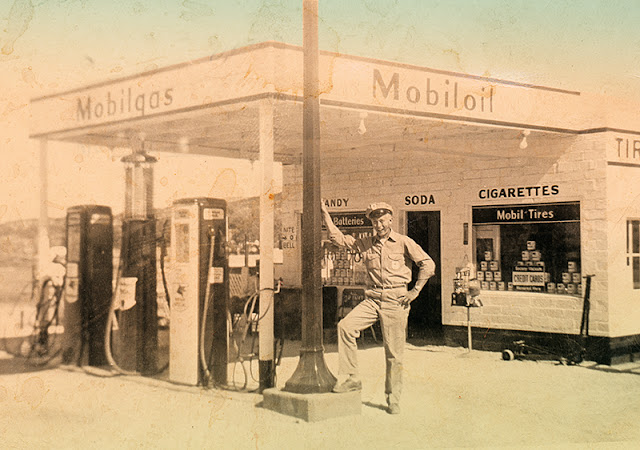 After a stint at a Whiting Brothers gas station at McConnico, and a detour back to Iowa where he ran a Philips 66 station in Swea City, we returned to the Mother Road in Mohave County, for good in 1956. 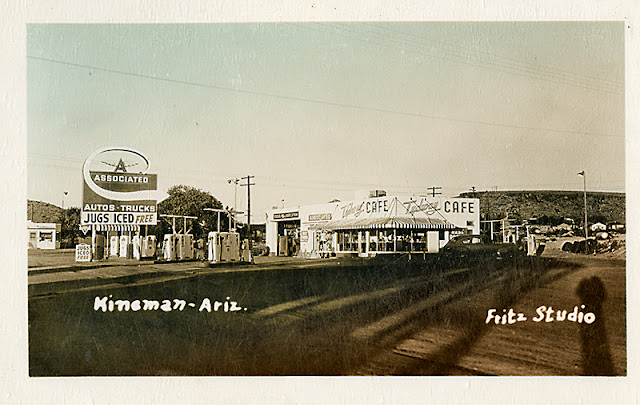 Al Bell's Flying A on Hilltop

After running a half dozen other service stations, Al Bell finished his career at Ford Proving Ground in Yucca, Arizona which is also on the Route 66 corridor and in Mojave County.

And, of course, every single summer my father would take me and my mother on a road trip back to the family farm north of Thompson, Iowa, and on these "vacations" we would traverse much of Route 66 in a military manner. Up at four, drive for an hour, or so, and then stop for breakfast, usually at the Copper Cart in Seligman.

So, it was not a surprise that my father and I got excited when we heard about the Route 66 Fun Run that was going to follow the first part of this exact route, only in reverse (one year they did run it from Topock to Seligman, going east, rather than west). 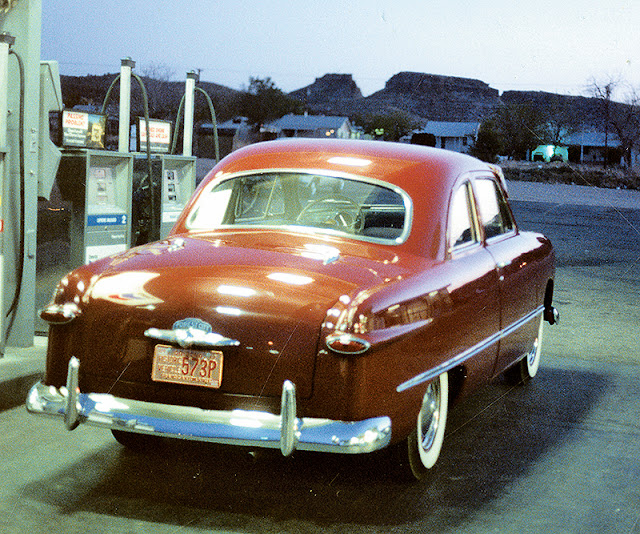 My father's '49 Ford which we ran in the Fun Run for almost a decade.

And, I got to bring my son, Thomas Charles, and my daughter Deena C., along for the ride on a couple of the runs and back in the nineties, the legendary Copper Cart was still a cafe (today it's a curios shop). 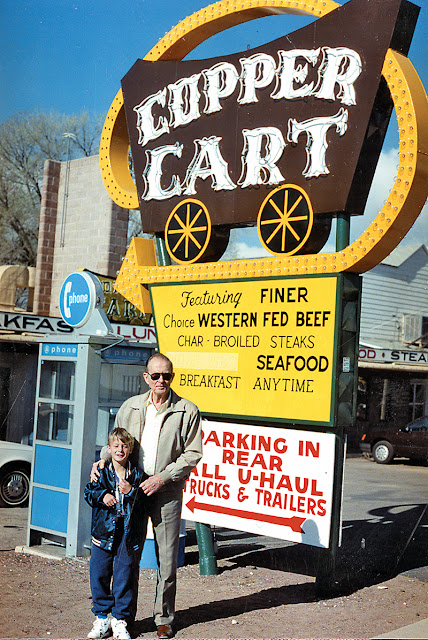 Thomas Charles and Allen P. Bell
after breakfast at the Copper Cart

To honor my father, I got caps and jackets made for his road crew. The logo, designed by Bob Steinhilber, said "Bell On Wheels". 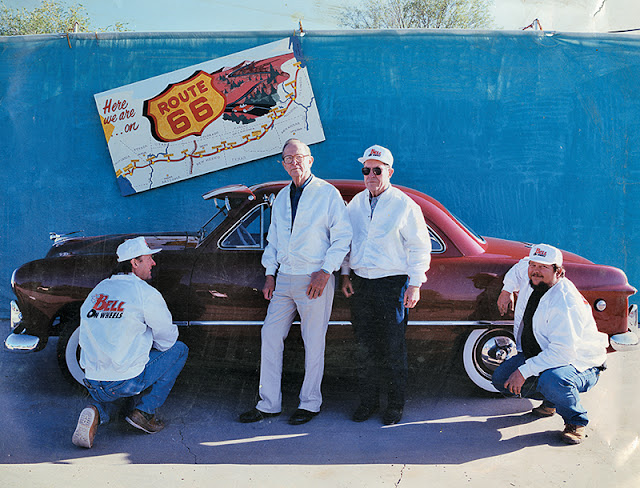 So, you see, this means a bunch to me to be the grand marshal of this year's Fun Run: 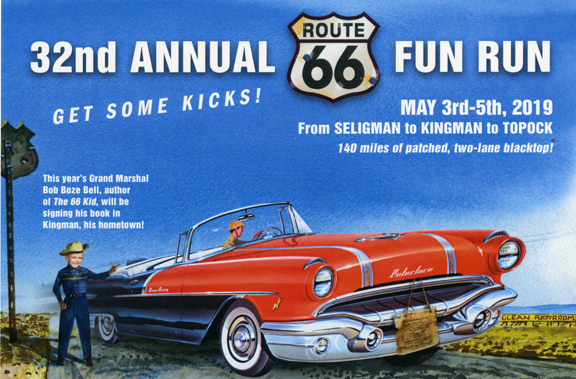 The 66 Kid Returns to The Mother Road

I'll be signing books at the Powerhouse Museum from 2 to 4 on Saturday afternoon.

"Any rascal who misspent his youth in the '50s and '60s toting ice for travelers at his dad's gas station in Kingman, got his hand tangled up in a motel washing machine ringer, and lost his virginity in a Nash Rambler, should have one hell of a story to tell about his life and times on Route 66. And that is exactly what Bob Boze Bell delivers in this book about  fast life in the slow lane of that varicose and scarred path of concrete and asphalt. BBB's words and images are as tasty as truck-stop pie. You will want another helping."
—Michael Wallis