September 6, 2019
In the mind of the public, Geronimo has been forgiven, Chatto has not. In the legend, one has become a towering symbol of Native American defiance and worthiness, and the other is branded a traitor, and worse.

The historical facts do not align with public perception, nor the legend. 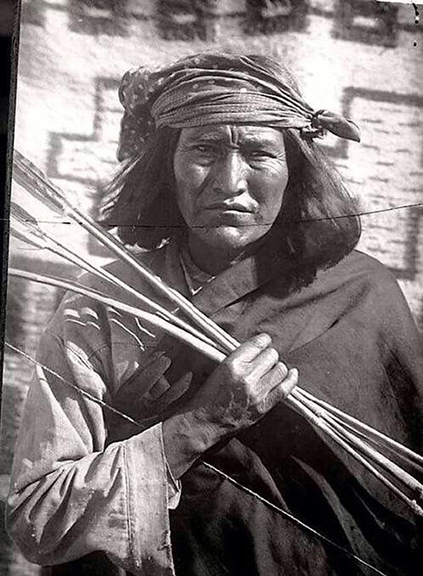 Chatto With Bow & Arrows
Lt. Britton Davis described him as
"one of the finest men, red or white,
I have ever known."


His real name was Pedes-klinje, but his Spanish nickname was Chato (Flat Nose). The extra "t" was added when he was given a silver medal in Washington and the engraver added the extra "t" for no apparent reason. 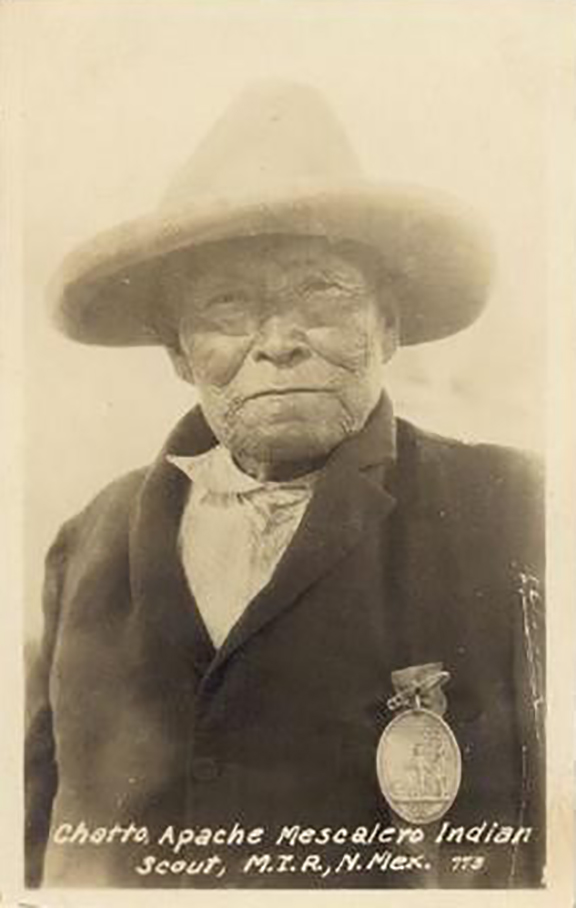 Still wearing his medal, Chatto lived to be 93.

We will go with Chatto. He was a sub chief.

After Geronimo was successfully rounded up in Mexico (thanks mainly to Chatto) and brought back to the U.S., Chatto arrived at Fort Apache with nine warriors and nine women and children in early February 1884, and became first sergeant for Lieutenant Britton Davis’s tribal police at Turkey Creek on the Fort Apache Reservation.

Other scouts often broke the rules of the reservation and gave ammunition to the Chiricahuas (for "hunting") and if they came across a cache of illegal tiswin (Apache alcohol) they turned a blind eye. Chatto did what he said he would do. He had integrity. Unfortunately, to small-minded people this can sometimes be construed as being a do-gooder, or a hardass, or even, a traitor.

Nearly seventy percent of the Chiricahua and Chihenne men were at one time on the army payroll as a scout but very few of them were held in contempt by others in the bands. Why does Chatto get this special scorn?

This is a question I will answer in the book. Thanks to author and researcher Michael Farmer for much of the above information.

"Do not regret growing older. It is a privilege denied to many."
—Old Apache Saying