Geronimo The Base Runner

September 14, 2019
According to the artist E.A. Burbank, who visited Geronimo at Fort Sill, Oklahoma in 1898, one time Geronimo wanted an Apache boy for a horse race and when the old warrior approached the boy he was at bat and hit the ball into the outfield. Geronimo tore after him and chased him all the way around the bases. 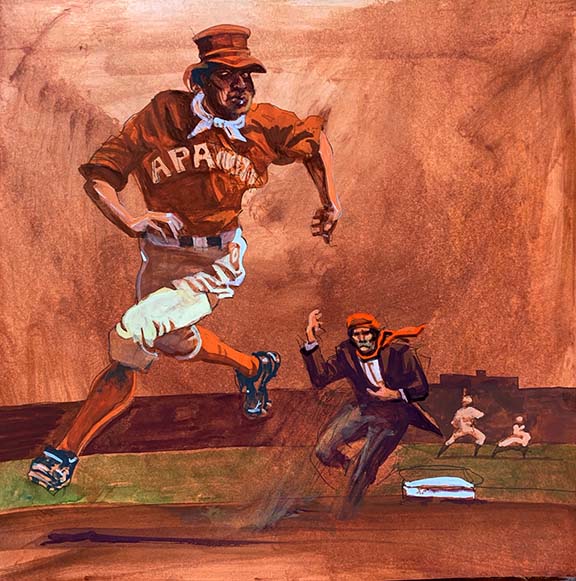 Daily Whip Out: "The Baserunner"


Geronimo caught up to the boy at home plate and got his jockey, who then rode the horse and won the race. Burbank said the "old Indian went home as happy as a small boy after the circus."