Heroes & Villains In The Geronimo Story

September 9, 2019
This is the phase when I usually stop shaving. I've got tunnel vision, I'm grabbing all the rails now, wrapping up spread after spread and getting set for the final march on the Geronimo book. At this point it's a big jigsaw puzzle with floating pieces spilling and floating off of every page. Getting it all shoe-horned in place is not fun, but it can be exhilarating, when it all flows together at the end. 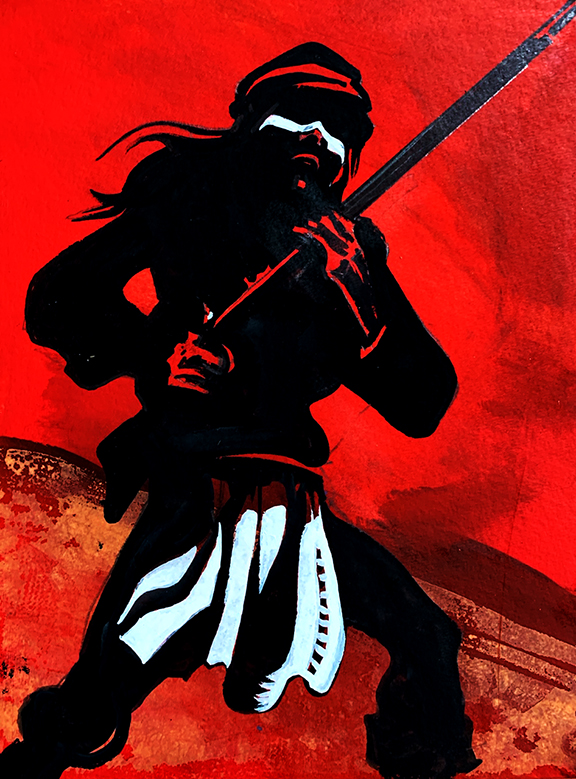 Unsung Hero     The son of a controversial Texas governor, and a graduate of West Point, Britton Davis joined the 3rd Cavalry and was sent to Arizona where he distinguished himself in all of his duties. 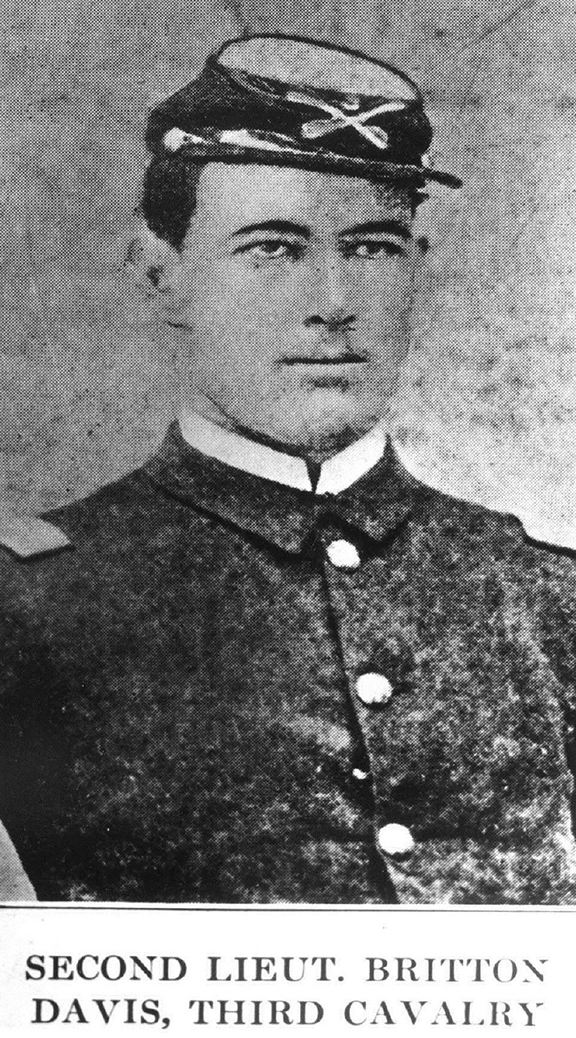 So much so, that when his unit was rotated out of Arizona, General Crook personally put in a request for Davis to stay for another tour.
The Apaches also loved and admired Davis as well, and the Chiricahuas requested him as their agent when Geronimo, Nana, Chihuahua and Ka-ya-tennae were brought back to the U.S. from Mexico and given land on the White Mountain Apache Reservation. At first everything worked well, but, unfortunately, Davis was no match for tiswin drunks, and when he tried to talk to the chiefs about beating their wives (and worse), they rebuffed him as being merely a boy, and, then Geronimo bolted the reservation on a lie (that he had ordered Davis, Mickey Free and Chatto killed) and went on another killing spree.
Davis and Chief of Scouts Al Sieber went after them, following the renegades across the border into Mexico and up through the Sierra Madre of Sonora and on into the state of Chihuahua. They came close several times but they were unsuccessful. Fed up with the entire experience, Davis went on leave in September of 1885 and then resigned from the army, June 1, 1886. For the next 20 years Davis managed the Corralitos Mining and Cattle Co. in western Chihuahua and built up a personal fortune, but he lost it all in the Mexican Revolution. He farmed for a while in upstate New York, then sold out and retired to San Diego, California, where he died in 1930. 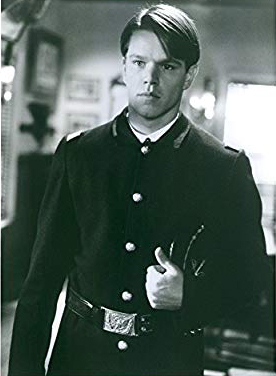 Yes, it is Matt Damon who portrays Britton Davis, in Geronimo: American Legend, the 1993 film starring Wes Studi as Geronimo.

The Translator   The son of English parents, George R. Wratten, from Somona, California moved to Florence, Arizona where young George, 16, befriended several Apaches and picked up their language. In 1881 he was named chief of scouts at San Carlos and doubled as interpreter. Wratten was the interpreter for Gatewood during the sensitive Geronimo negotiations that led to the warriors final surrender at Skeleton Canyon. After the surrender, Wratten chose to go with the Apaches to Florida and accompanied them on the train ride from Bowie Station all the way to Florida. He also went with them to Alabama and Oklahoma.     Wratten died in 1912 at Fort Sill, still supporting the people he loved, the Apaches. 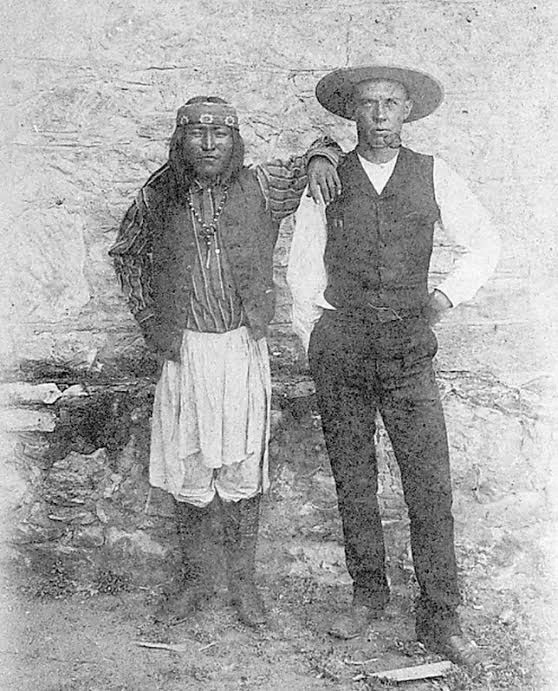 Anandia (also styled as Annandhia)
and George Wratten on the way
to Florida in 1886.