Bandoliers And Dust And The Return of The One-Eyed Captivo

May 9, 2020
I have some friends who can be rather snotty when it comes to stuff they don't think is accurate in Westerns. I know, I know, I can be a bit of a snot myself, BUT, dammit, these cats can take it too far. For example, I've heard some of my "clothing expert" friends go off on bandoliers not being worn until the Mexican Revolution (1910-1920). Well, okay, then what is this? 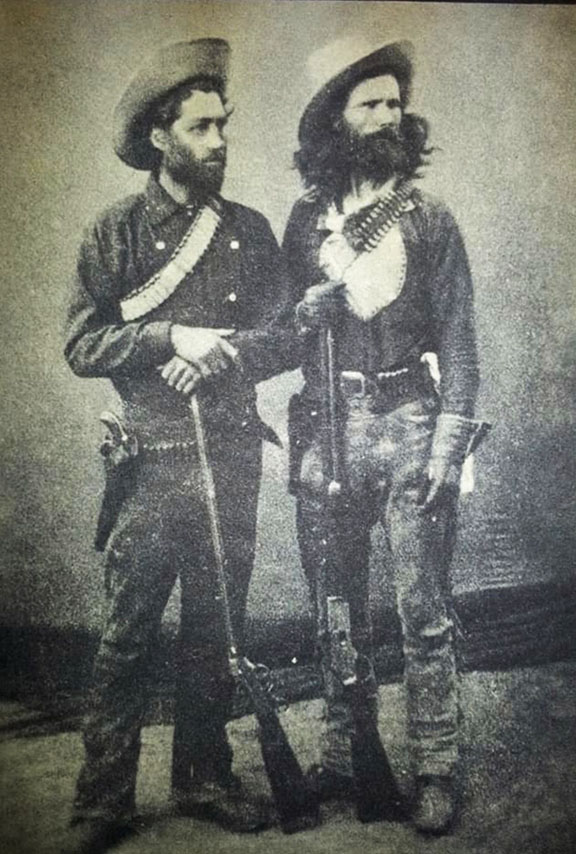 An 1879 photo of scouts with bandoliers.
That's Captain Jack Crawford on the right.

So, when you show these guys a photo like this they invariably retort, "Well, that's just one photo." 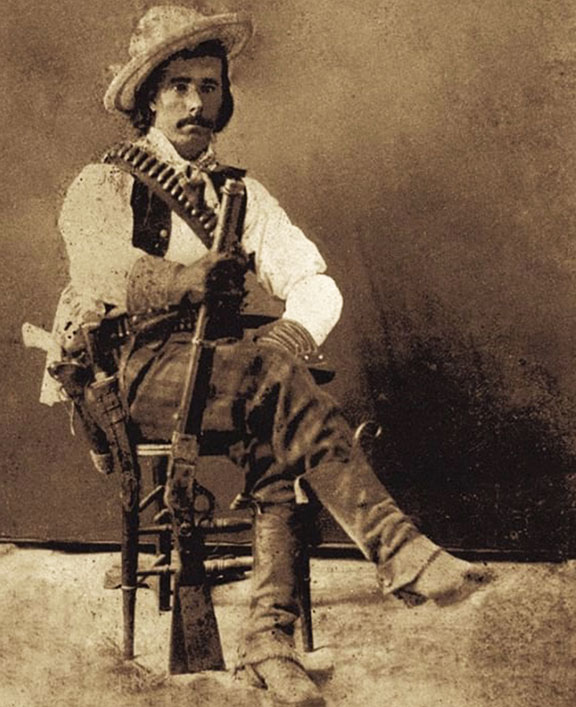 Now granted, it's not crossed bandoliers, but obviously the style or the function of carrying belts of cartridges over the shoulder was around long before Pancho Villa.

But enough snotty, historical nitpicking. I've been having fun working on some serious dust effects. 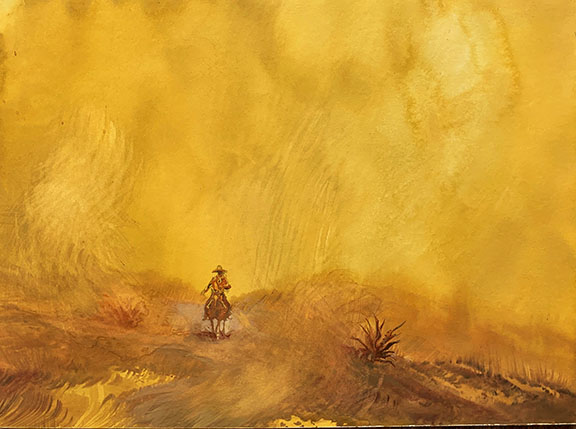 Daily Whip Out: "Through The Dust Storm"

And here's another one, I just finished this afternoon. 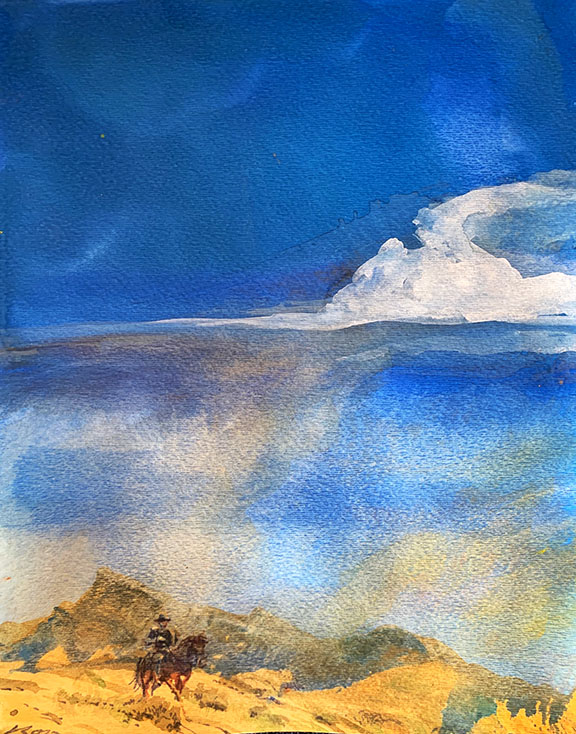 Daily Whip Out: "Courier In Dust"

And a slightly different kind of dust effect I finished last night. 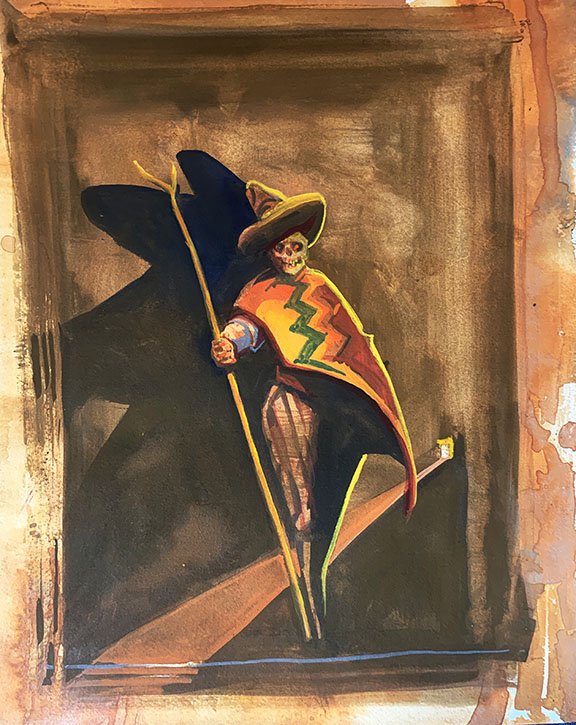 Daily Whip Out: "Pendejo In The Shadows"

Meanwhile, I have to say, I've missed this guy. 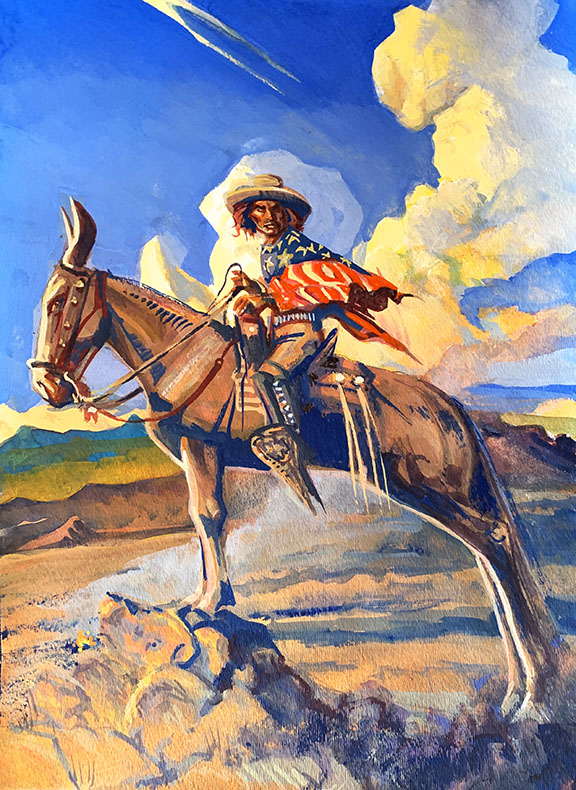 Daily Whip Out:
"Mickey Free On The Rocks"

Half decent effects. Overdone in a couple spots. Can't get it back. I agree with Yeats:

"Difficulty is our plough."
—W.B. Yeats