May 12, 2020
Digging deep into the psyche of a certain border wanderer. 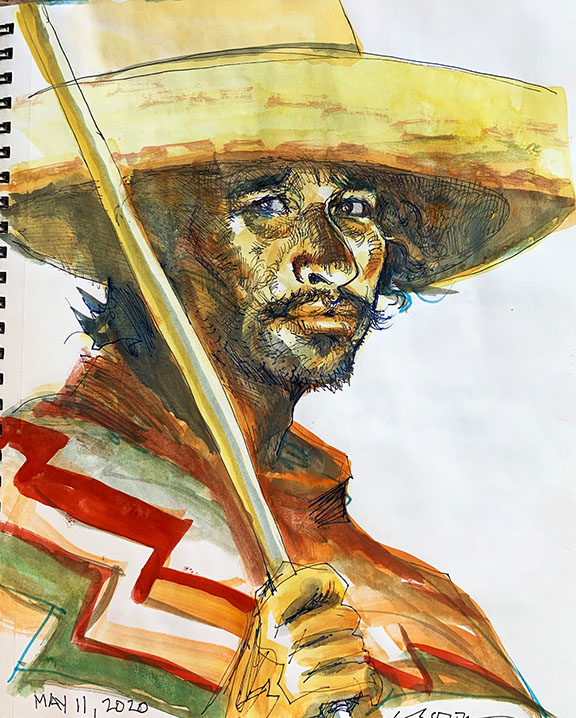 
Yesterday, I knuckled down with six concepts and did 12 sketches. 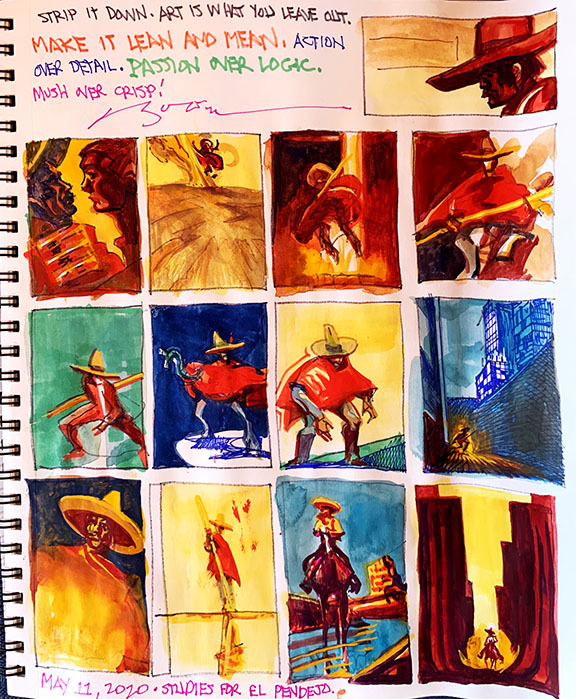 Still, at the end of the day, the boy can be a little elusive and lofty. 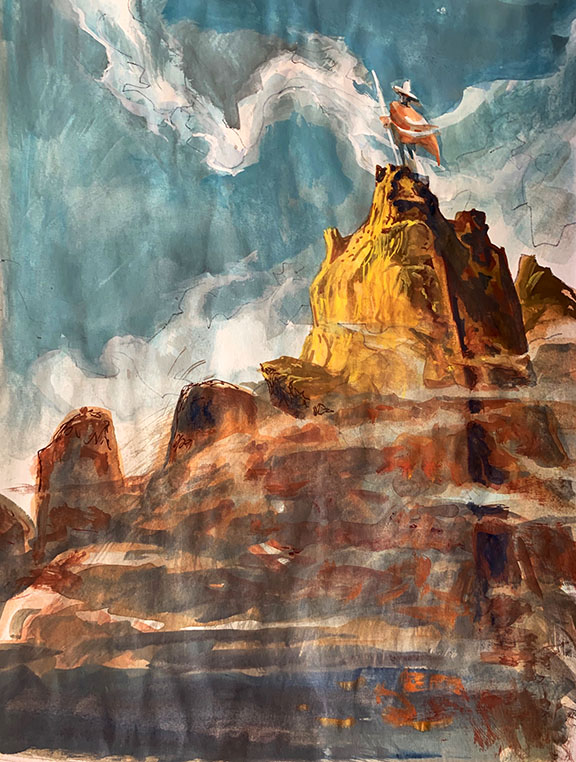 Post Pandemic Postulating
Jerry Seinfeld was interviewed in the New York Times about his new stand-up special, "23 Hours to Kill," on Netflix, and he was asked what he thinks will happen at the end of the pandemic, and Jerry said, and I'm paraphrasing—Hollywood won't find the new path, Washington won't find the new path, stand-up comedians will find the path because they go out and they know immediately if something is working, or not. Within three nights they'll know where it's all going.

Some major truth right there. And here. . .

"What usually has the strongest psychic effect on the child is the life which the parents have not lived."
—Carl Jung
Posted by Bob Boze Bell at 12:56 PM