On The Hunt for El Pendejo 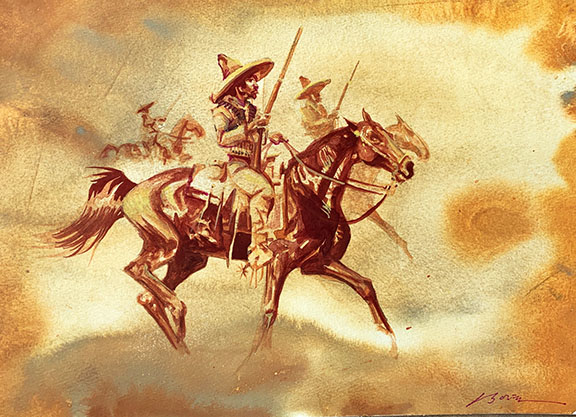 Daily Whip Out:
"On The Hunt for El Pendejo"

Meanwhile, Grandma Goose has been busy. 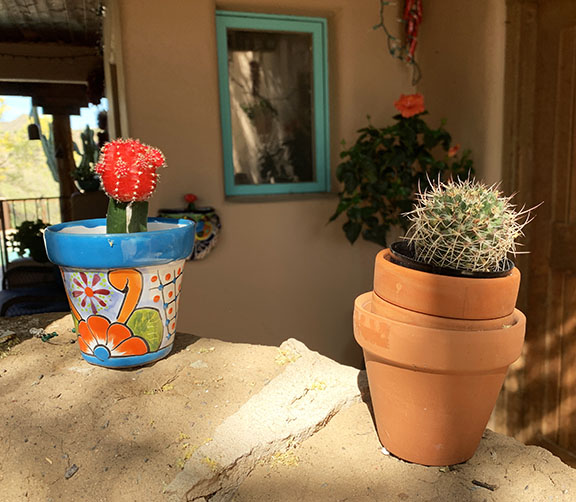 Grandma Goose In Her Personal Cactusland

Back to my sketchbook. Lots of ideas and notes. 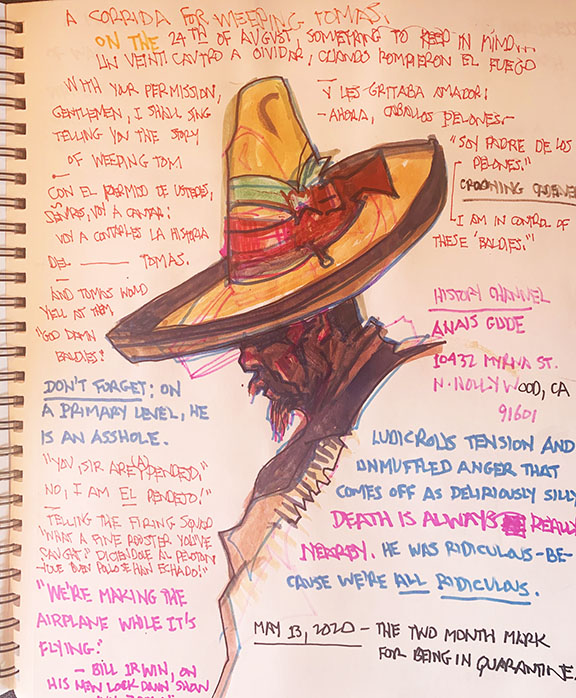 Daily Whip Out: "Head Down"


And, always a little bit of dust to share. 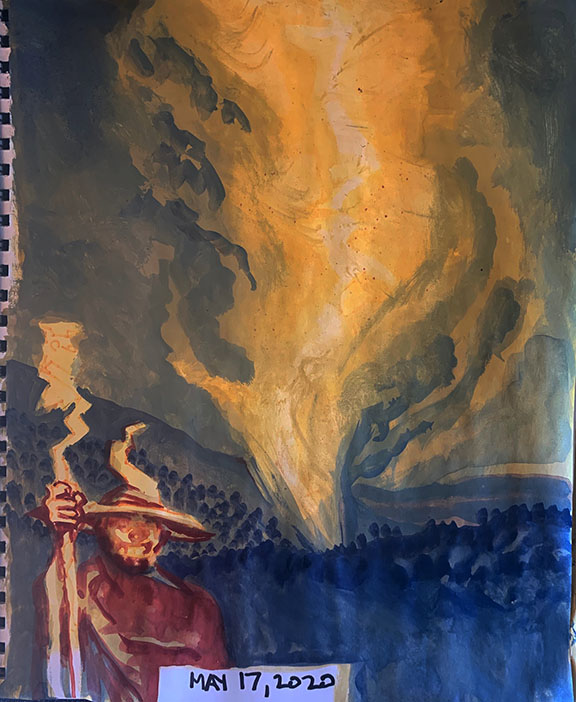 Daily Whip Out: "Dust Up"

And, here's a concept I am hot on the trail of. 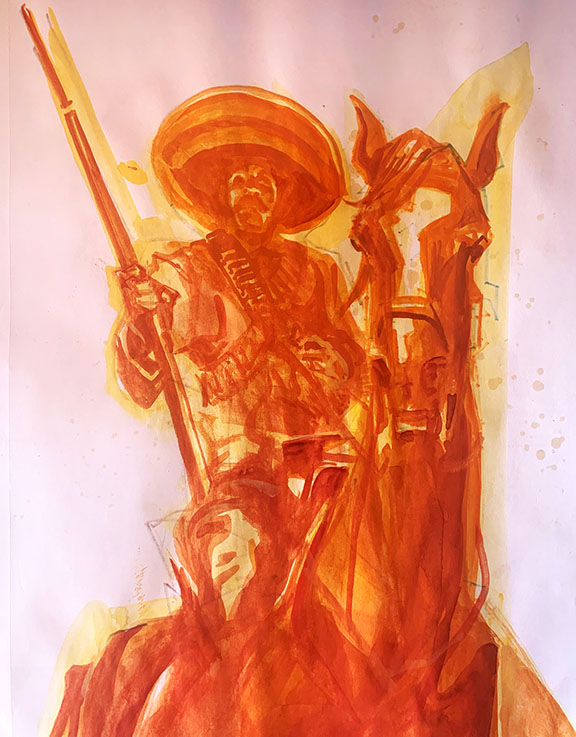 Daily Whip Out: "Rifle at The Ready"

This is a sketch for a much more ambitious piece I'm doing for the Battle of Agua Prieta.

Speaking of ridiculous, one-sided battles, I cannot believe the dust up over wearing a face mask. In a Target store in Van Nuys, California, an employee ended up with a broken arm while helping to remove two customers who refused to wear masks, or leave the premises.

In Perkasie, Pennsylvania, a cashier was punched in the face three times for refusing to sell a pack of cigars in a convenience store to a guy refusing to put on a mask.

On a public bus in San Antonio, a man who was told he could not board,  shot and wounded a passenger on the bus who was wearing a face mask.

A security guard at a Family Dollar store in Flint, Michigan was shot and killed by a customer for simply asking that he put on a face mask.

"You should not honor men more than truth."
—Plato
Posted by Bob Boze Bell at 5:21 PM