May 27, 2020
We finally have someone who can see the light at the end of the pandemic. 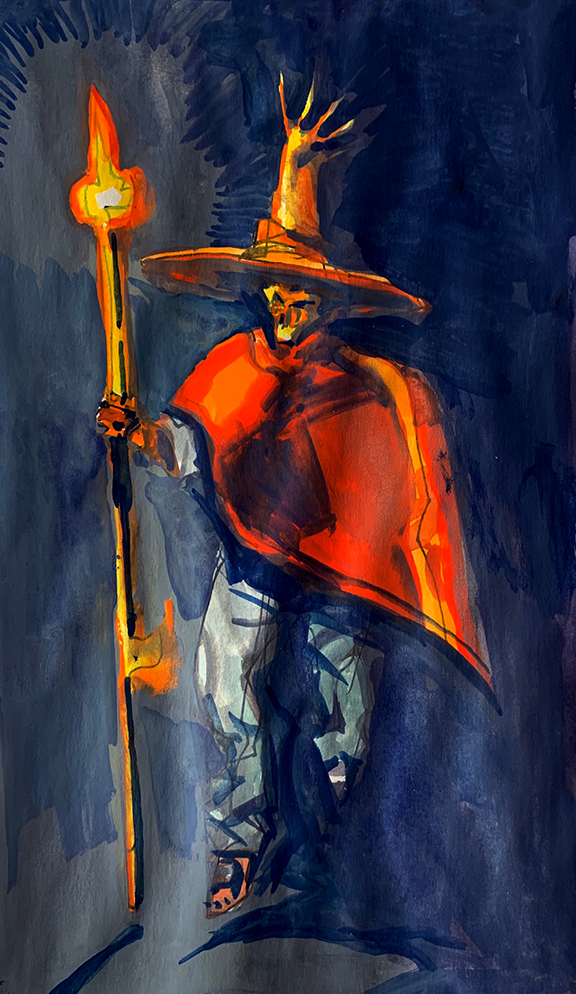 • The easily shamed will never learn.

• All days seems strange when you are living them. Eventually we will see the humor because in the end, everything is a joke.

• On the road to herd immunity, expect a stampede, or two.

• A smart person knows what to say. A wise person nows whether to say it or not.

• You can't wake a person pretending to be asleep.

• Whoever said one person can't change the world never ate an undercooked bat.

• It's a slow process, but quitting won't speed it up.

• There is a fine line between telling the truth and being a pendejo.

• If drunkards had wings the sky would be cloudy all day.

• The tiger and lion may be more powerful, but the wolf doesn't perform in the circus.

• A wise man can learn more from a foolish question than a fool can learn from a wise answer.

• When the secular wins there are less rules to break and, therefore, no more thrills to gain.

• Love lays down rules it delights in breaking.


Other lessons are beginning to emerge. We merely have to pay attention. Here's what we know so far:

• Google has seen an increase in the search for "What day is it?"

• Quarantiners have created a new drink, called the Quarantini, which is a mix of vodka and Emergen-C, which is an effervescent powdered vitamin C supplement, thought to fend off Covid-19.

• A suggestion has been made that when this quarantine is over, we not tell certain people.

• We are turning into dogs. We get really excited about going for walks and riding in cars. 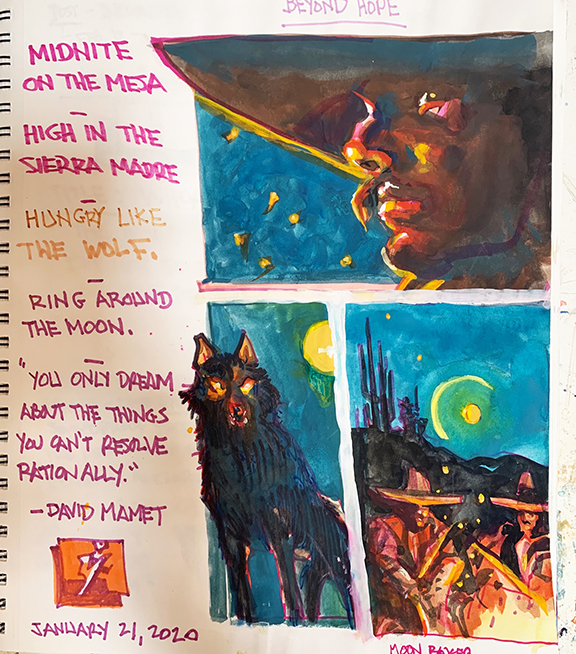 Daily Flashback Whip Out:
"Hungry Like The Wolf sketches"
January 21, 2020

The State of Print

• The Atlantic laid off 68 editorial positions and reduced "executive's salaries."

• Buzzfeed furloughed 68 as well and cut all the salaries for anyone making over $40k.

• Conde Nast publishing group laid off "nearly 100" and cut pay to the remaining employees by 10 to 20 percent.

• The Dallas Morning News cut the newsroom employees by 17 percent and "even more for executives."

• The Economist laid off 90 "non-newsroom employees." Wow! Who would be left after that?

• Gannett furloughed "most of the 20,000 employees for one week in each of April, May and June."

• True West magazine has maintained pre-Covid salaries and everyone is working remotely.