Foxfire Is So Bad It's Almost Good

May 8, 2020
All my life I have heard about a movie filmed in Oatman called "Foxfire" (1955), starring Jane Russell and Jeff Chandler. Thanks to a heads up from my Kingman compadre, Dan The Man Harshberger, I finally got to see it on Turner Classics last week. 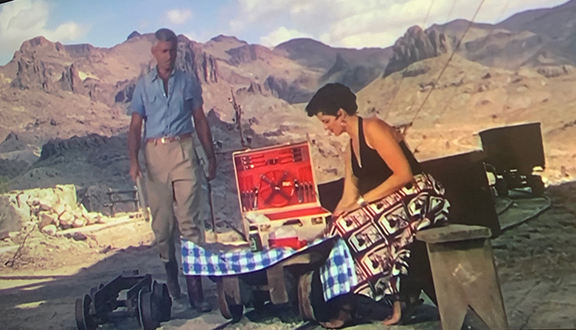 Jane Russell fixes a picnic for her Apache husband.

Other than the stunning scenery, like this picnic scene, above, it is one of the worst movies I have ever seen in my life. 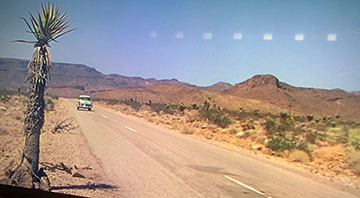 Yes, it opens on the old alignment of Route 66 between Kingman and the California border. That's Sitgreaves Pass in the background and Ms. Russell is in the turquoise Ford, in the middle distance, heading eastbound, when she has a flat. I thought the car might be a 1955 Ford, but David Mills (True West Maniac 1985) tells me it was a 1952-54 Ford. This would make sense. The movie came out in 1955 and the cars would be, at the latest, 1954 vintage.

For one thing, it was obviously written about the area around Globe and San Carlos and the Apaches are the tribe in question (Jeff Chandler plays an Apache mining engineer here, and this is not long after his turn as Cochise in "Broken Arrow" which is kind of funny because he's Jewish), but, for some reason, they filmed it in Mohave County and, so we get, what I assume are Hualapais playing Apaches? 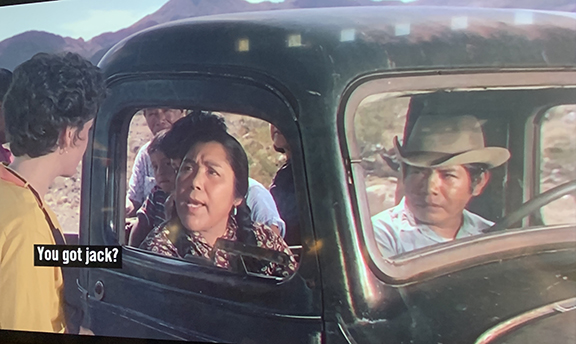 Someone from Kingman has just informed me that the driver, above, was in the Kingman jail when the movie came out, but he was allowed to go to the State Theater to see the movie.

A few choice scenes in downtown Oatman almost made it worth watching. . . 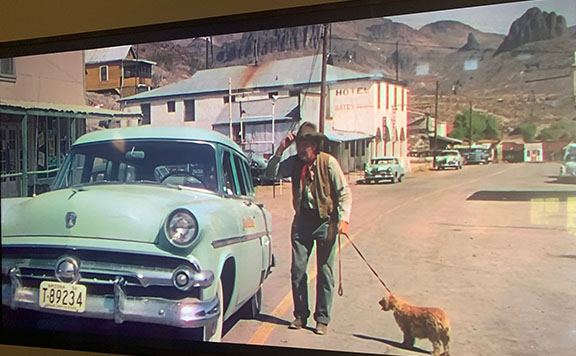 What's the deal with all the turquoise cars in this scene? Also, allegedly, that hotel in the background is where Clark Gable and Carole Lombard spent their honeymoon, according to the hotel's later owners. This was based on the thin logic that the two movie stars were married at Saint John's Methodist Church in Kingman (which they were) and the first stop on the way back to Los Angeles might have been Oatman. But, later research has the two Hollywood love birds going north to Boulder City, so even that local legend has been shot down. 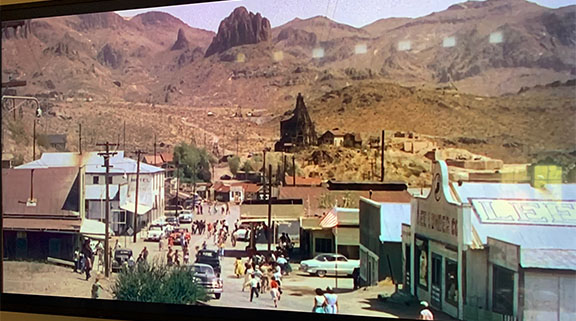 Oatman four years before "Edge of Eternity"
and eight years before "How The West Was Won." All three films utilized this Old West street.

The final scene and the final blast at the Tom Reed Mine? 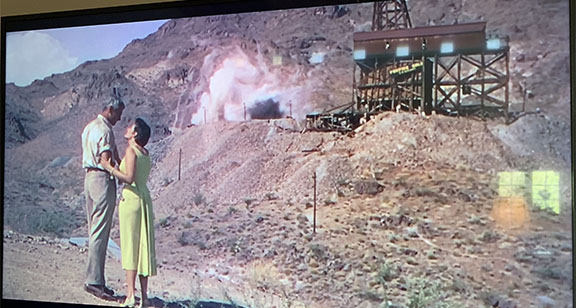 A dynamite ending, at least on paper.

I wish I could say I enjoyed it, but damn it was bad. I feel like Zero Mostel who, when asked if he had his life to live over what would he do differently and he said something like: "If I had my life to live over again I would do everything exactly the same, except I wouldn't go see 'Foxfire.'" I believe he actually referenced another movie, but I love the angle and intent of the joke.

Speaking of jokers I admire: