From Ashes to Ashes, From Dust to Dust I've been busy, no doubt inspired (prodded?) by the near miss on the Seven Sisters Fire. Here's an aerial photograph of the footprint of the fire. 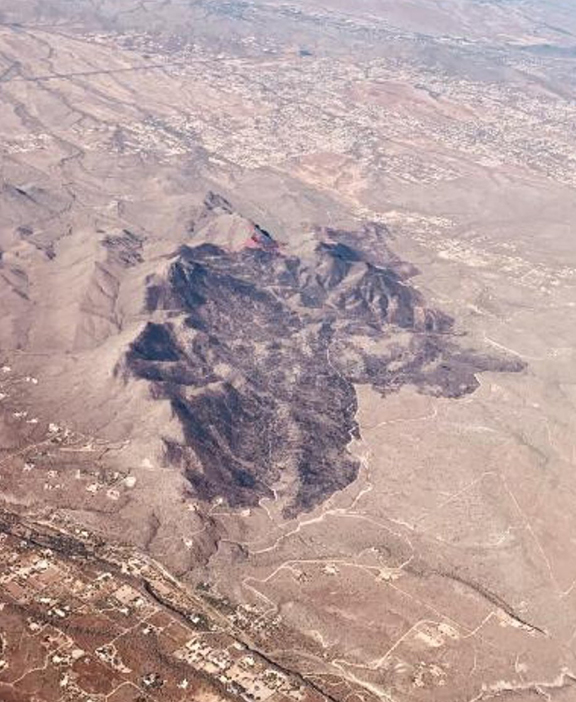 Our house is just off the left side of the photo, along the creek bottom. Very, very close. Thank you firefighters, every one! 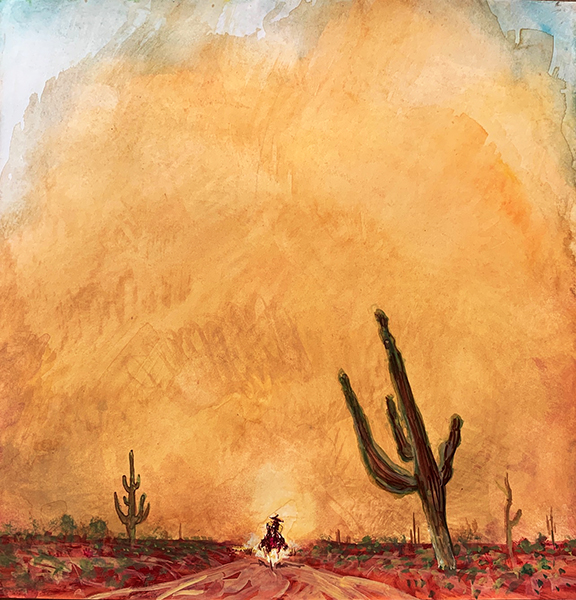 Daily Whip Out: "From Dust to Dust"

Am I the only one who portrays leaning saguaros? I've never seen one portrayed in paintings, ever, which is weird, because, they're just like people, and as they get older they start to lean and collapse.

Cowboy Recipes From Marshall Trimble
Utah Phillips tells a story about the time he hired out with a "greasy sack" outfit, which is a cow crew that couldn't afford a cook. So the way they chose the cook is the first guy who complained about the food became the camp cook and being the new guy Utah didn't know the rule and so when he complained about the grub the cow boss said, "All right, wise guy, you're the cook."
So Utah had to figure out a way to make someone else bitch about the grub, but no matter what he cooked up and dished out, nobody would take the bait. Finally, one day he was out gathering firewood and he stumbled upon a fresh moose turd and he gingerly packed it up and brought it back to camp. He cooked up that turd in a pie crust, and then garnished it with paprika and served it for dessert. The biggest cowhand on the crew took one bite and growled, "My God, that's Moose Turd Pie!" He paused for a moment, then added, "But it shore is good!"


"The problem with irony is that not everybody gets it."—Ray Wylie Hubbard
Posted by Bob Boze Bell at 1:36 PM