One of my old radio compadres, Bill Andres, asked me to retell the incident at Al Bell's Flying A, when a Vegas gambler pulled a knife on my dad. This originally ran in my New Times Weekly cartoon collection, called "Low Blows." 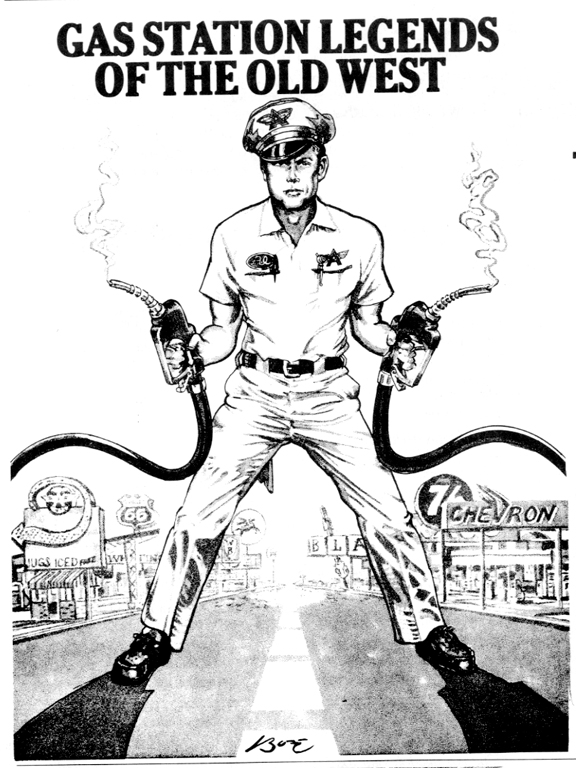 This Vegas dude was in a shiny, black, late model T-Bird and, according to my dad, he had even shinier pants. The gambler told my dad to fill it up and then he traipsed off to the bathroom while my dad put the nozzle on automatic and started washing his windshield. When the gambler came back, he became quite irritated that the automatic nozzle had shut off a tad late and there was a puddle of gas on the driveway. He insisted to my dad that it was a gallon of gas and to take if off his bill. My father tried to tell the gambler it wasn't a gallon of gas, and when my father refused to remove a gallon from his bill, the guy pulled a knife, put it against my father's throat and demanded a gallon of gas be taken off his bill, pronto! My father calmly pointed the nozzle straight out, pulled the trigger and ran out a gallon of gas on the driveway. Then he said, "That's a gallon of gas and you're paying for that one too."

Full disclosure: my father told me the guy still wouldn't pay, so my dad called the cops and waited in the lube room for them to show up. When they came, the Vegas guy put up quite a fuss but the policemen, both friends of my dad, made him pay. Sometimes it pays to live in a small town.

Speaking of small town hoods who didn't know when to quit. 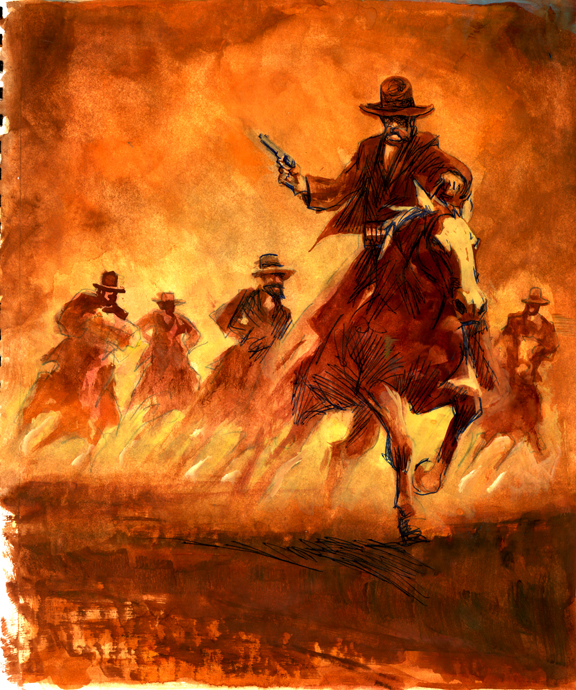 Daily Whip Out: "Daltons In Dust"

The headlines of their disastrous raid on their hometown banks came fast and furious. This is the local newspaper the day after the failed robberies. 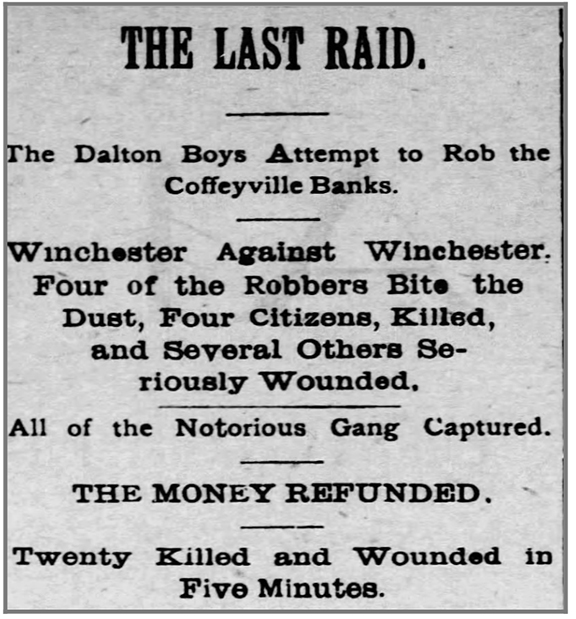 Interesting that the term "bite the dust" was already in play. I would have thought it was a later, Twentieth Century, addition to Western venacular.