Thanks to a broke tourist who wanted to make it to the Promised Land (California), my Dad traded a tank of gas for the broke guy's 8mm camera and projector. I took tons and tons of film with that camera and we often watched them in our house on Ricca Drive but it somehow didn't quite look like this. 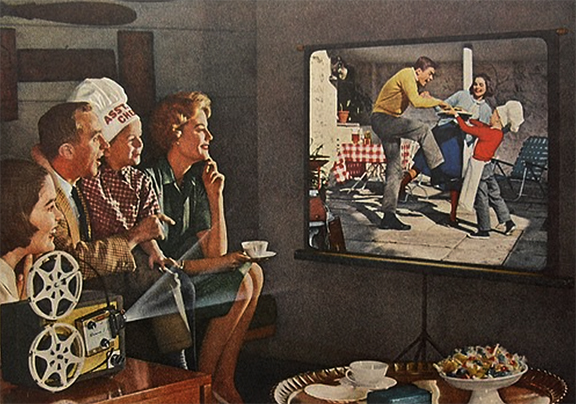 An Idealized Take On Home Movies

(thanks to Gary Zaboly for sharing)

Yes, I am always looking for big hats and here is one from a documentary on the Mexican Revolution that James B. Mills sent me. Check out that woman in the giant sombrero in the foreground. So cool. 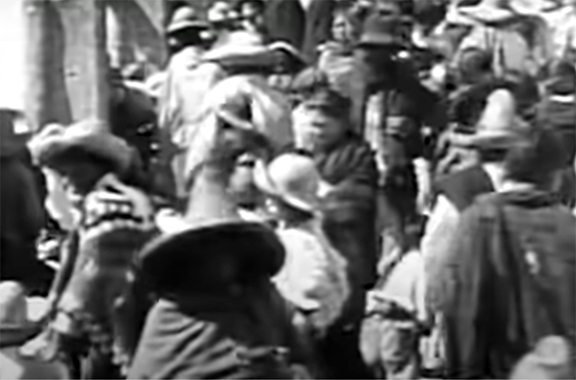 And, these river crossers aren't too shaby either. 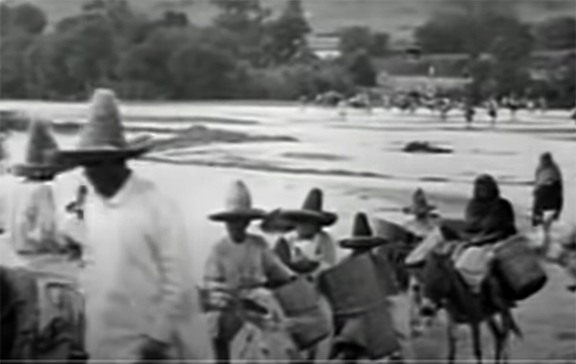 "Sometimes you must tell a lie to arrive at the truth."