We have a Dalton Gang's Last Raid video that is going viral. The Triple B narration-fest is over 350,000 views and counting.

The response has been brisk and epic and so we are going to revisit the topic in the next issue of True West magazine (May issue). Here are some roughs for the cover I am developing. 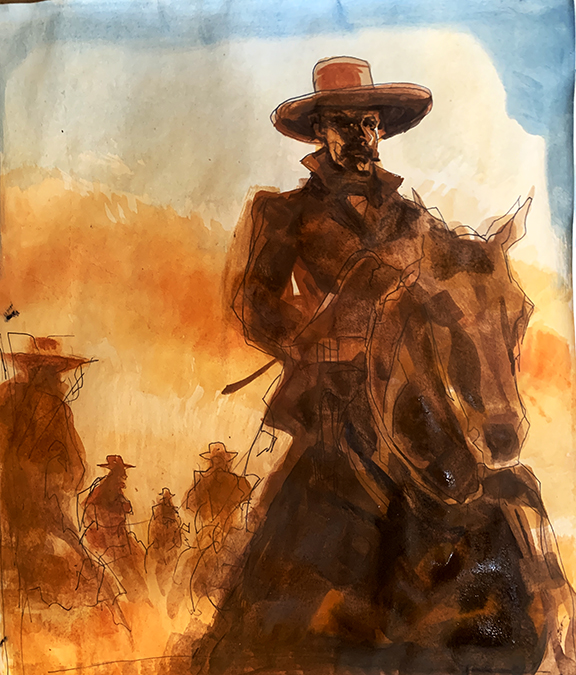 Daily Whip Out Cover Rough:
"The Daltons Ride In #1" 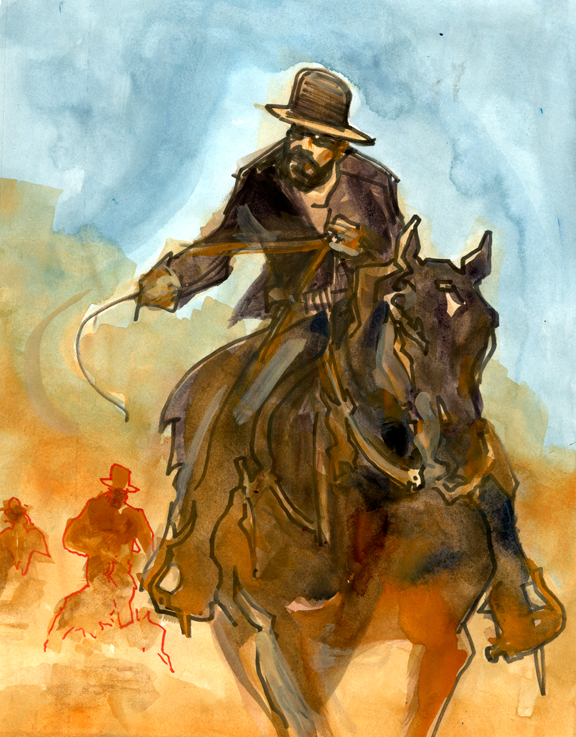 Needs a better design. Or, maybe Dan The Man Harshberger is correct and we need the legend of the riders on the cover and then the hometown skulkers inside. 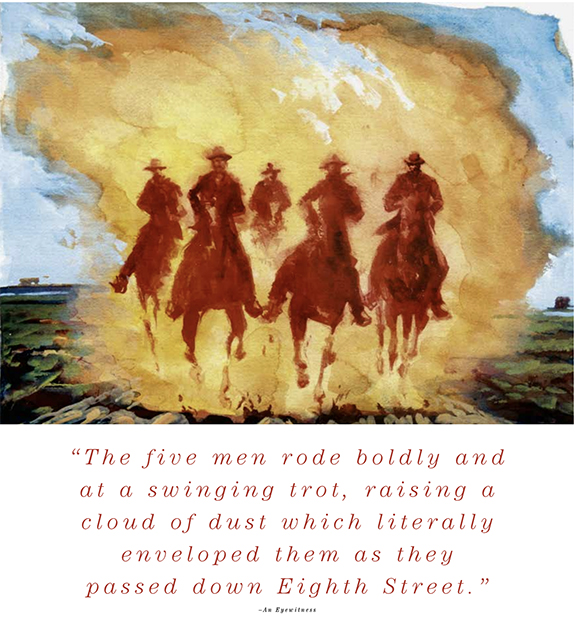 Or, maybe this does the trick. 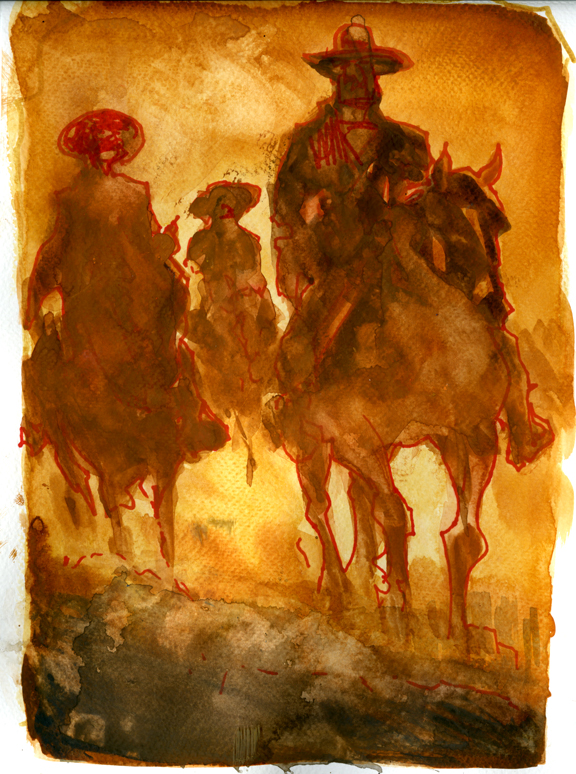 "Out of the Dust Rode The Daltons"

"The five men rode boldly and at a swinging trot, raising a cloud of dust which literally enveloped them as they passed down Eighth Street."