We hired a weed whacker crew to clear off the re-emerging Globe Chamomile on our property, which is a bad, bad fire excellerant. 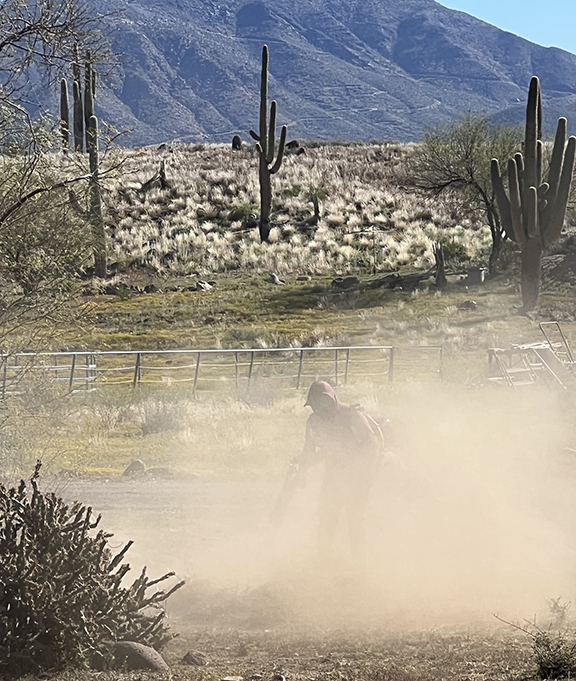 This is the blower dude, cleaning out the chopped stinkweed. Dusty job, but someone has to do it.

Actually, this is a pretty good view of the old mining road on Continental Mountain. See the switchbacks snaking up the side, behind the middle saguaro?

In the Olive Oatman story, her family pushed on from the disintigrating Brewster wagon train that started out 43 wagons strong from Independence, Missouri, Missouri, in August of 1850, bound for the edenesque-named Land of Bishan. After a stopover in Socorro, New Mexico, (where half the wagon train quit the journey, including the prophet Brewster) the Oatmans pushed on, traveling down the Rio Grande, dipping into Mexico, before veering west, then up the Santa Cruz River to the Old Pueblo. After a brief stay in Tucson they pushed on north and by the time they passed Picacho Peak there were only three wagons left. 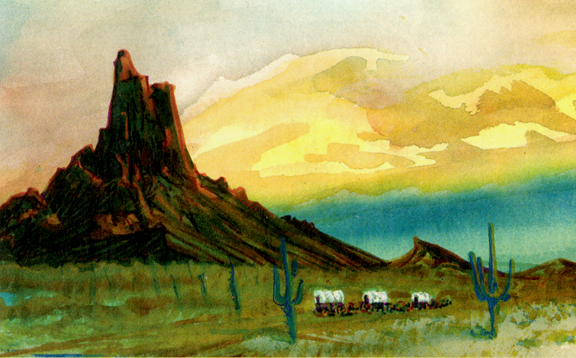 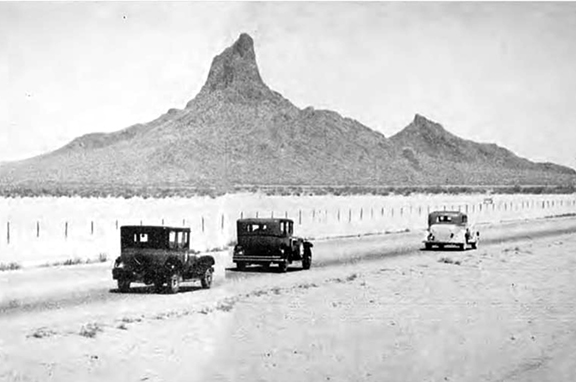