Once Upon A Time, In The Land of Leaden Skies

Cleaning up the Daltons package even as you read this. Still lots to design and storyboard, but that is the fun part. Here's how the Eighth Street view of the Daltons riding in, came out: 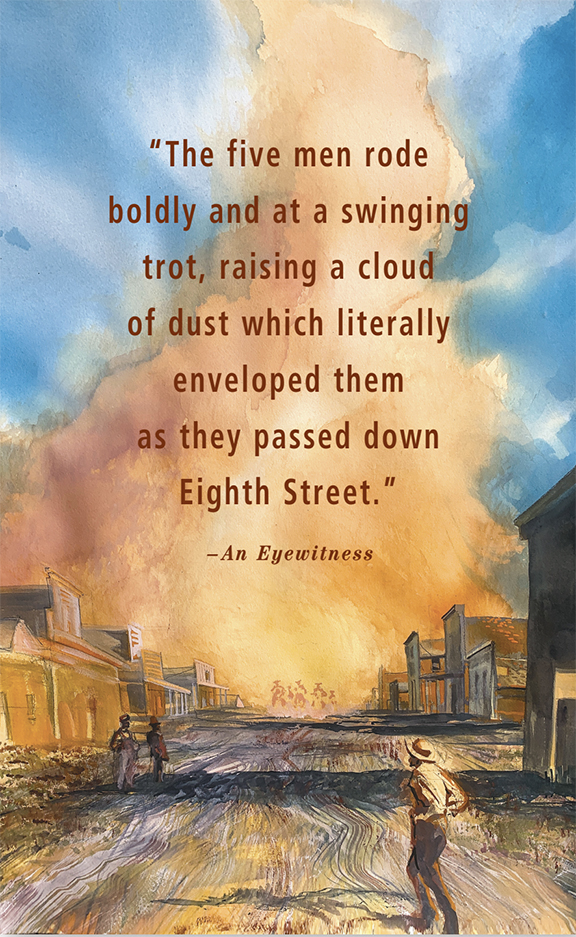 And here's Dan The Man's second pass on a cover idea.

"In The Land of Leaden Skies"

The King of Withholding Information

Here's the late, great, Paul Harvey setting up a couple of his famous Rest of The Story radio broadcasts.

"The speckles in the Pacific night sky were bombers. Nine twin-engine Japanese bombers, in formation, on course to their target: the aircraft carrier Lexington." [A Rest of The Story on how O'Hare Airport got its name! No, really!]
"Once upon a time, in a land of leaden skies and creeping fogs and flat, barren countryside, there lived a boy. His name was Dietz Edzard. The place was Bremen, Germany." [The mysterious history of a famous painting.]
"An oily midnight mist had settled on the city streets. . .asphalt mirrors from a ten-o'clock rain now past. . .a sleazy street-corner reflection of smog-smudged neon. . .the corner of Sheridan and, incongruously, Sunnyside. . .Chicago.
"A lone lady lingers at the curb. . .but no bus will come." [A former nun who worked undercover as a decoy prostitute to arrest johns].
Information Successfully Withheld
And if you were wondering just how a Japanese attack on an aircraft carrier in WWII led to the naming of O'Hare Airport, here you go:
The namesake of Chicago's O'Hare International Airport never lived in Chicago—Edward H. "Butch" O'Hare—was born and raised in St. Louis. Butch's father,  Edgar Joseph "EJ" O'Hare, helped snag Al Capone, and Butch helped win World War II by downing five of the Japanese bombers all by himself, then ran out of ammunition and his comrades arrived to finish the job.
"And now you know. . .the REST of the story."
—Paul Harvey's signature sign off
Posted by Bob Boze Bell at 11:40 AM