A Whip Out Too Far

May 27, 2015
Spent the last couple of mornings trying to do two things: capture a good drawing of the windmill Stan Jones allegedly was on when he got the inspiration—from the ol' cowpoke Capp Watts—to write "Ghost Riders In The Sky" and a good likeness of Luke Short. 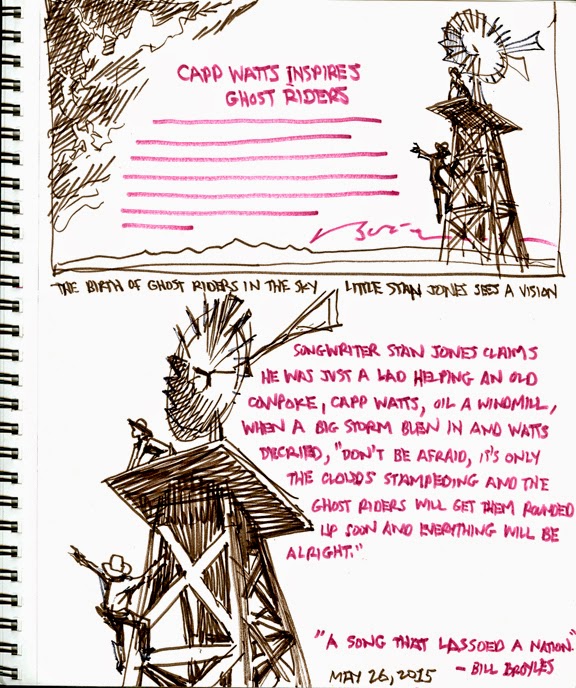 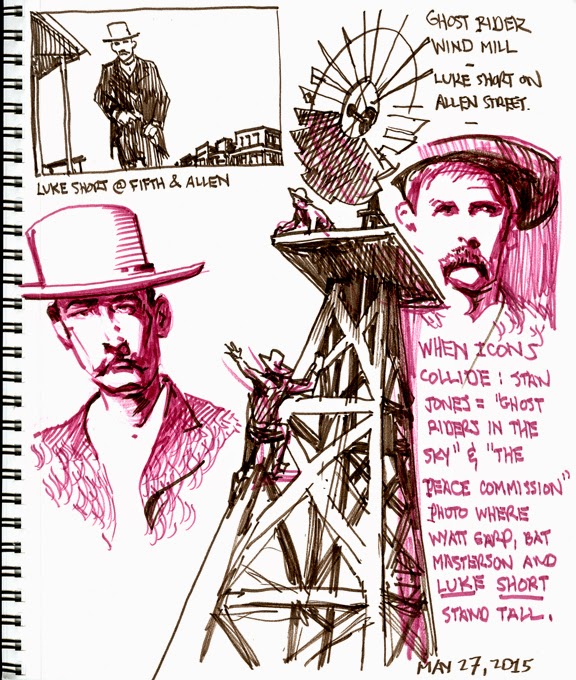 Tried to do a color version, which failed: 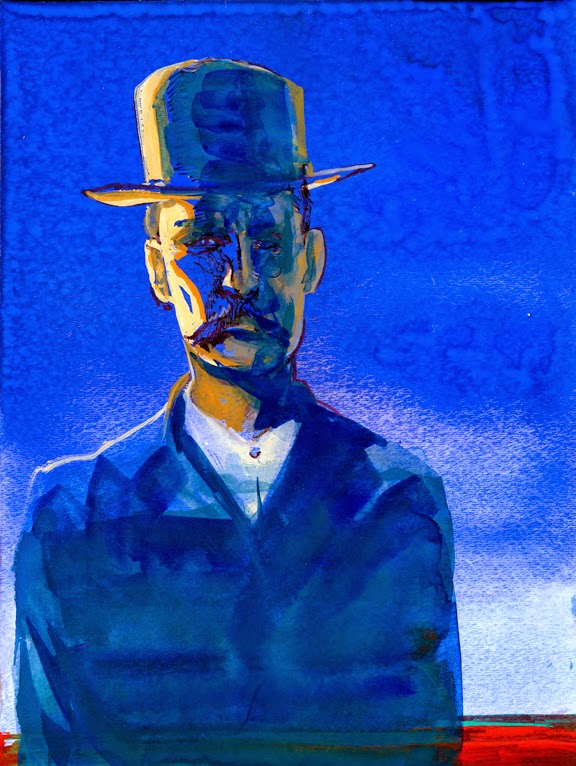 Daily Whip Out: "Luke Short Ends Up As Piece of Crap"

Did another one before I came into work this morning, but overworked it, as well: 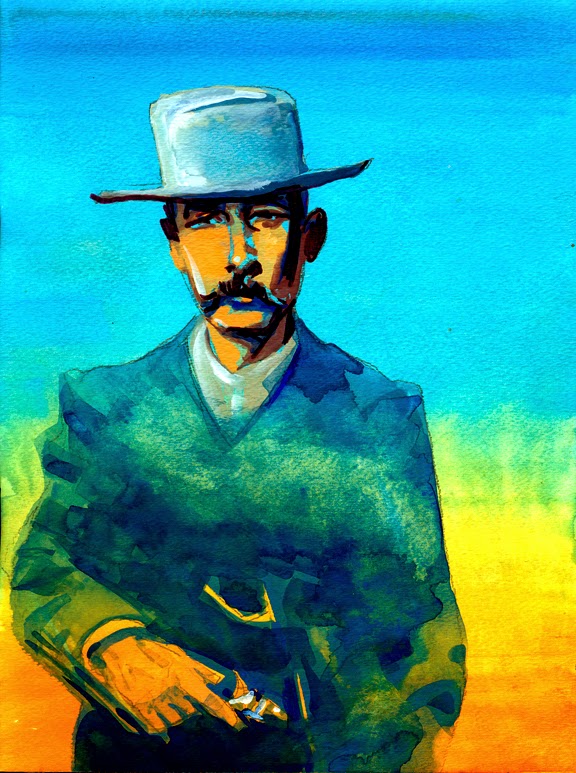 I'm also studying the films of William Surrey Hart, as part of my history talk tonight at Cartwrights, next door. If you've ever seen W.S. Hart flicks, you know he overacts to the point of absurdity. Hard to believe he was a big star, but he was. 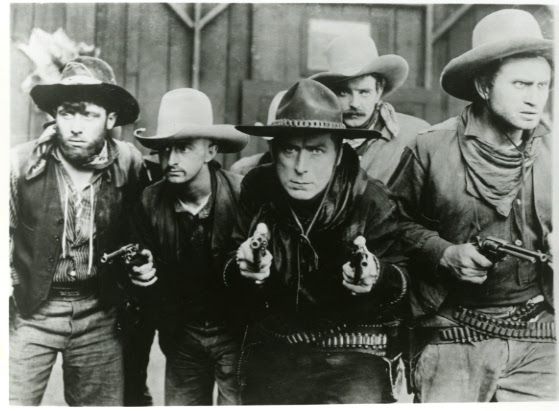 Although he was a huge star and tried to be realistic in his portrayals, here is a quote from a review of his first movie, "His Hour of Manhood" (1914)

"[the film] is weakened by a mess of melodramatic happenings that are absolutely uninteresting."
—Movie Picture World, July, 1914