April 4, 2015
Woke up to rain this morning. When it gets soggy out, I get inspired. Did a couple studies about this: 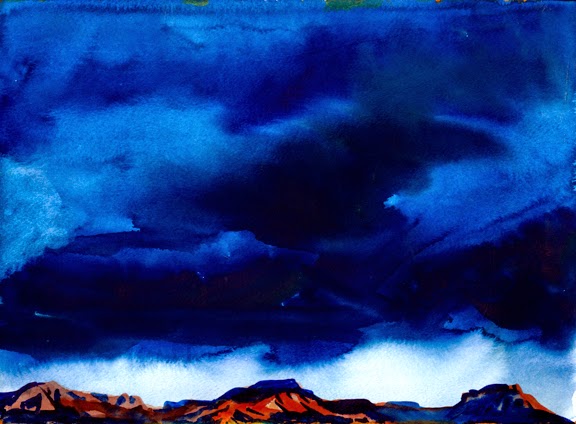 
Worked on a couple of studies on Sunday, including this one: 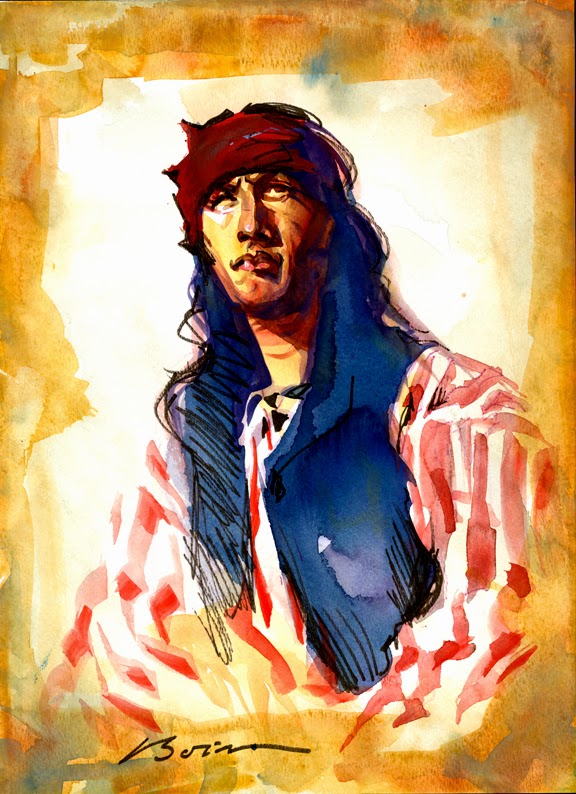 Daily Whip Out: "Cochise In His Prime."

On my trip up to Mohave County I saw lots of big clouds, both coming and going. Got inspired to do a couple scenes: 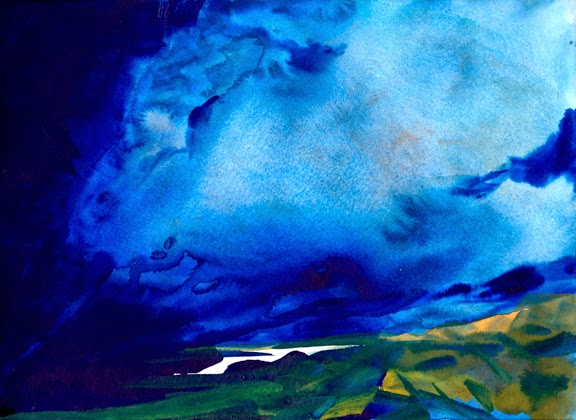 Grabbed a couple boards out of my reject file and gave them another go, like this one: 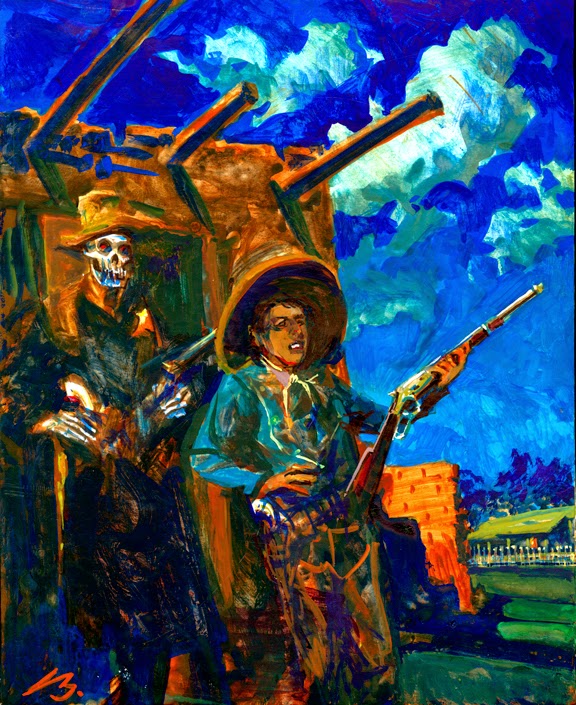 A Serial Monogamist On The March

We're working on a big Pancho Villa feature for the next issue of True West (July). One of the fascinating aspects of his long and bloody career is his rock star status and lifestyle. Basically, he would lead his army into a small village, find the prettiest young maiden, marry her in the church, have wild sex, then leave the next day and have the priest annul the marriage. He allegedly did this 60 times. 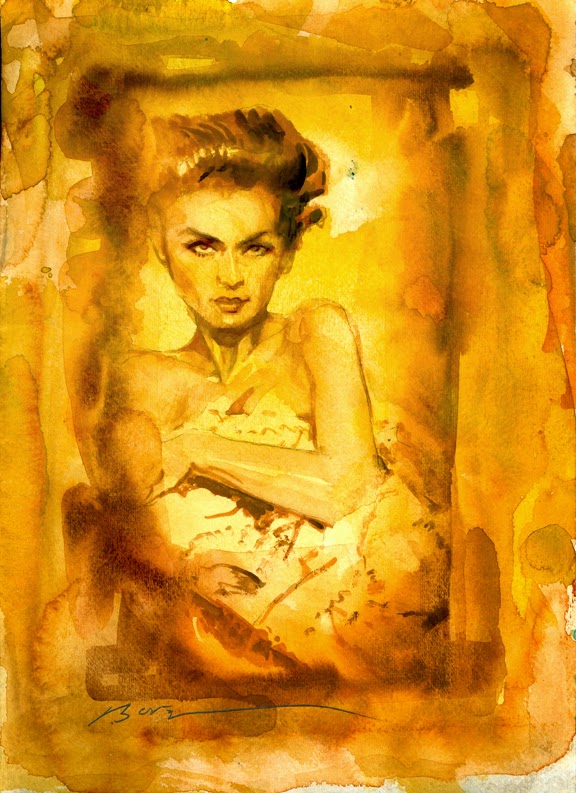