The Killer Scout vs. Beaver's Breath

May 1, 2015
Went home for lunch today and waited for the fumigator and did two Whip Outs, starting with this bad boy, 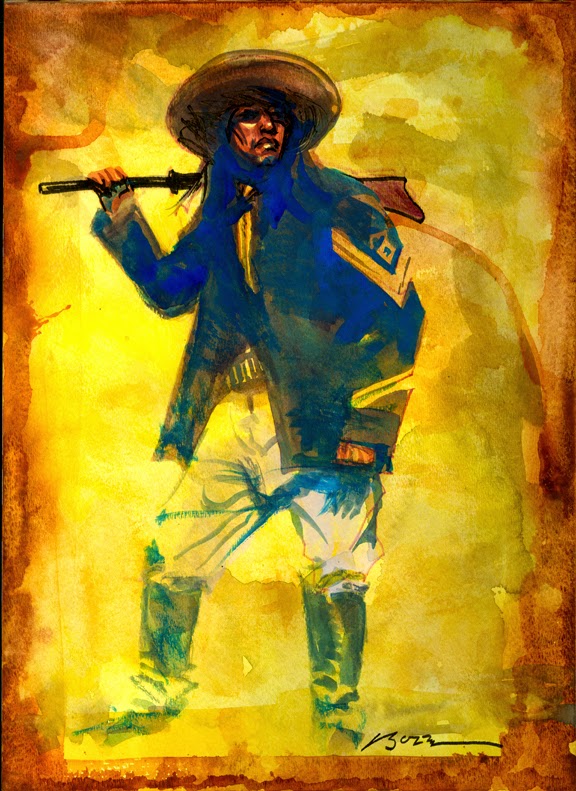 Daily Whip Out: "The Killer Scout"

One of the nasty blowbacks of the Apache Wars and the scout system was that some scouts used their official status to take out their Apache enemies. It literally gave them license to kill. This happened to the Apache Kid when Al Sieber was away. Not a pretty picture, but at least today we can laugh about it. Or, can we?

Just heard that a dozen "American Indian actors" walked off the movie set of Adam Sandler's "The Ridiculous Six" filming near Las Vegas, N.M. Loren Anthony, one of those who walked off the set, told an Albuquerque newspaper, "The props were disrespectful and the language towards native women was bad." Anthony cited characters named "Beaver's Breath" and "Wears No Bra." Various In-din leaders are, of course, "appalled" by the "negative portrayal of Native Americans." I understand the upset, but we'll know when In-dins are doing well when they can laugh about this kind of nonsense. And that's all it is—harmless nonsense.

"I hate snow because it's white and it's on my land."
—Old Hualapai Joke