May 21, 2015
Walter Noble Burns was a reporter for the Chicago Tribune when Pancho Villa's troops attacked Columbus, New Mexico in 1916. Burns got assigned to the story, traveled to Columbus, filed a story, or two, then went on to El Paso to file more stories on the Mexican Revolution, from there. While in old El Paso, Burns landed in Tom Powers' Coney Island Saloon and heard the stories from Tom Powers himself, about how Tom's friend, Pat Garrett, killed Billy the Kid. Powers proudly showed off the pistol—mounted over the bar—that Garrett used to do the dirty deed. Intrigued, Burns later visited New Mexico to visit his sister in Albuquerque. While there he traveled to Fort Sumner and interviewed Paulita Maxwell, and others, which resulted in the ground breaking book, "The Saga of Billy the Kid."

From there, Burns sought out Wyatt Earp and created another classic book, "Tombstone: An Iliad of The Southwest" which helped establish Earp as the West's most fearless lawman:


The Old West was lawless
but one man was flawless. . .

In 1968 Robert Towne and Sam Peckinpah wrote a screenplay, which became "Villa Rides" starring Yul Brenner as Pancho, and Charles Bronsen as this guy: 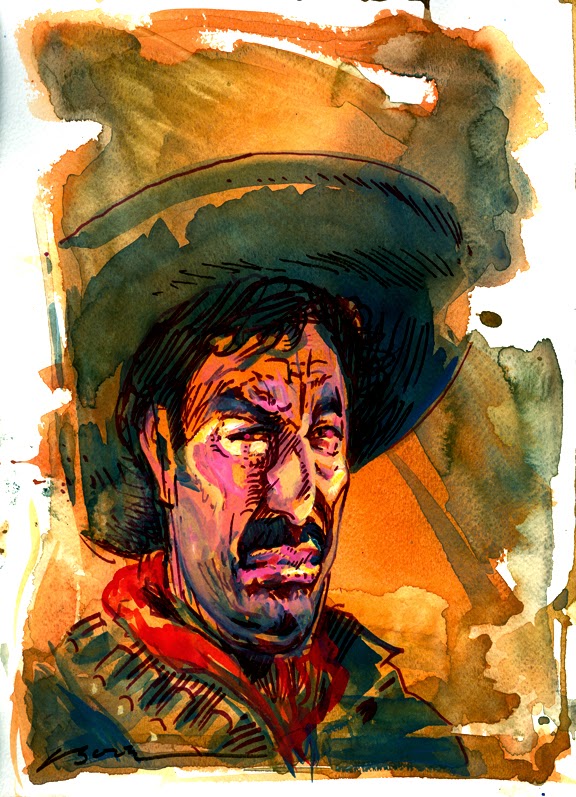 In the movie, Bronson as Fierra portrays the famous incident where Pancho's enforcer allowed a bunch of prisoners a chance to escape death if they could make it over a wall while Rudolfo practiced target shooting. In the movie, one is allowed to escape, but I seem to remember that Fierra shot them all in real life.

The other henchman for Villa was this cat: 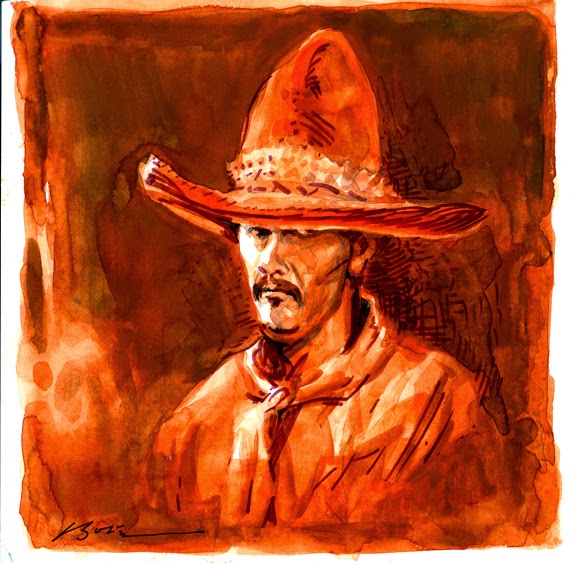 Urbina wanted to execute a federal band of musicians that were captured but Pancho wouldn't give Urbina permission, saying they could be better used to perform for the revolution. Urbina protested they had enough musicians in the revolution but Villa persisted and saved their lives.

Robert Towne went on to write "Chinatown," and Sam Peckinpah went on to do "The Wild Bunch."

And all because Pancho Villa had the temerity to attack the United States.

"All great truths begin as blasphemies."
—George Bernard Shaw
Posted by Bob Boze Bell at 11:10 AM