Lady Luck Turns Her Back On Pancho

May 8, 2015
I've been reading about Pancho Villa and the Mexican Revolution (The Life & Times of Pancho Villa by Friedrich Katz) and I'm up to the year 1914, which was the apex of Pancho's unlikely rise, from illiterate peon to sitting in the president's chair in Mexico City. He is wealthy, he is admired, he has power and then. . . 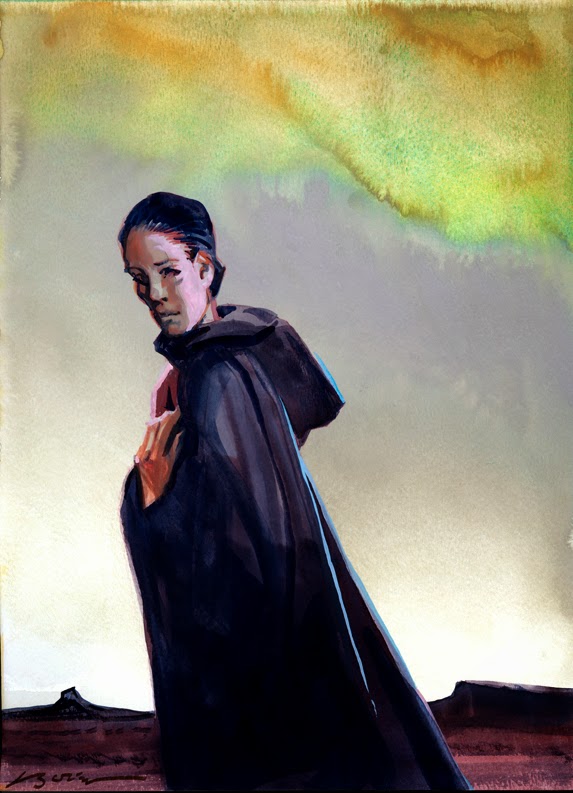 Daily Whip Out: "Lady Luck Turns Her Back On Pancho"

Thugs Rush In
In June of 1914, officials estimated that Villa's Division del Norte (the name of his army: The Division of The North) was made up of 12,000 soldiers and 3,000 of those were directly under Villa's command. He called them The Dorados (The Golden Boys) and they were his elite fighters. At this point in his decade long career he had beaten almost everything the federals had thrown at him and he was untouchable. But that would change.

The war had decimated the old order (the Hacendado elite) and unleashed many thugs (power abhors a vacuum), just as it had in France—who got Napoleon—and Russia—who got Stalin—and China—who got Mao. In Mexico it was the old thugs being replaced by the new thugs (as it probably is everywhere) and Pancho was just one of dozens of bold and mean sons of bitches. Speaking of which, the Aztecs derisively called the inhabitants of what became northern Mexico as chichimecas (sons of dogs). Another case, like with the Apaches, where a tribe of people, in this case the Chihuahuans, were named by their enemies.

And speaking of the Apaches, the old guard in Chihuahua—that Pancho had defeated—was made up of the frontier fighters who fought off Geronimo, Victorio and Juh. The Terrazas, for example, were the bravest of the brave and saved many villages and now that the Apaches were on reservations—and in Florida!—these bad boys wanted their place in the sun. Sound familiar? Ah, Baby Boomers.

Thugs assassinate President Madero, then Carranza refuses to embrace democracy, and sends General Obregon after Villa, and Obregon thoroughly kicks Pancho's ass in two battles. Pancho loses 4,000 killed and 6,000 captured. Two thirds of his forces! Pancho then goes into Sonora and gets his hat handed to him at Agua Prieta and he loses another 1,500 of his men who turn on Villa and accept Caranza's offer of amnesty.

With a couple hundred men left, Villa attacks Columbus, New Mexico and now he has 10,000 Yankees on his trail led by "Black Jack" Pershing. Fighting his way through the mountains, Pancho is badly wounded in the knee (not by an American bullet but by Orosco Mexicans he and his remaining men were engaging at Cuidad Guerrero) resulting in Pancho not being able to ride a horse, so he hides out in a cave (see, Osama bin Laden at Bora Bora). Pershing doesn't get Villa but many of Pancho's top commanders are captured and killed by either the Americans or Caranza's troops.

After Caranza is assassinated (the treachery on all sides is mind numbing) Villa sends a telegram to President Huerta requesting amnesty. Huerta agrees and gives Villa a huge hacienda and pensions for him and 200 of his soldiers. It lasts a little over three years, as Pancho becomes the very thing he fought to eradicate: a Hacendado. On July 20, 1923, Villa is ambushed by seven riflemen, which is ironic because his favorite horse was called "Seven Leagues" and he once claimed to a visitor he had killed 50,000 of his adversaries, only to end up on the receiving end of a firing squad himself. My guess is President Obregon (Yes, the general who defeated him, and who once was his comrade) didn't want to pay those pensions.

"If it wasn't for bad luck I would have no luck at all."
—Old Villista Saying