March 9, 2016
Thirty years later, I finally got the legendary artist Tim Prythero to do an homage to my father's gas station on Hilltop in Kingman, circa 1957. I first saw his work in a New Mexico magazine many years ago and swore, someday I would get him to do my dad's gas station. The years went by and I never could find the time or a way to contact the artist (typically, after several moves, I forgot his name, and lost the magazine). Well, last year, when Kathy and I were in Santa Fe for the taping of the second season of "Gunslingers" we visited the New Mexico Museum of Art and I saw one of his Route 66 Curios pieces and there was his name. A simple Google search later, I captured his gallery and the next thing I knew, Tim was working from photos of Al Bell's Flying A from "The 66 Kid." Here is a sneak peek (it's not quite finished): 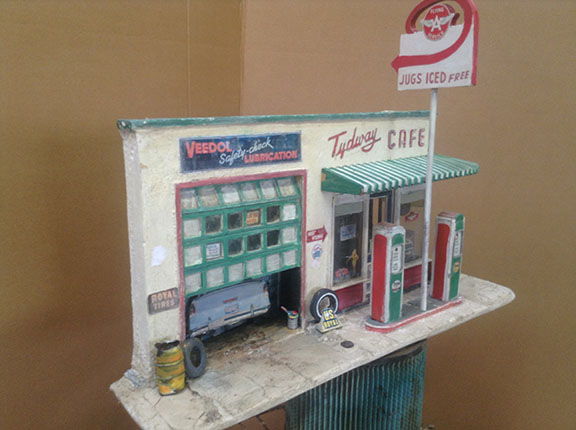 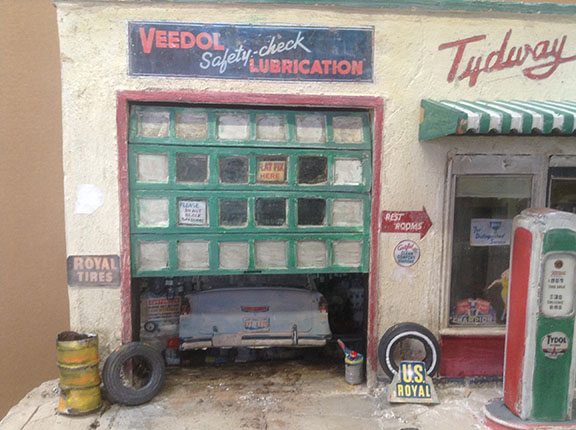 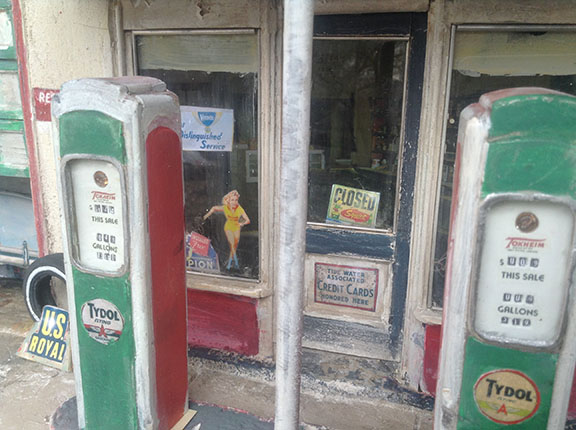 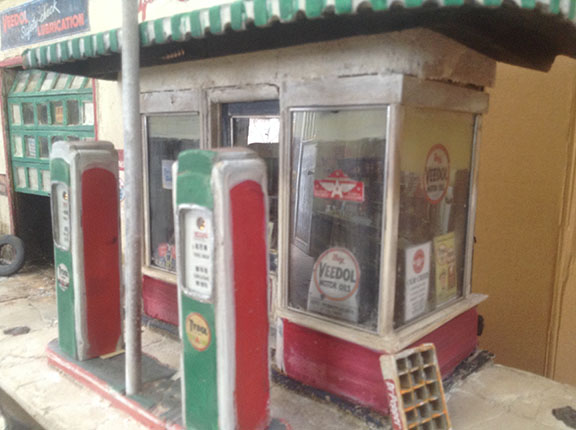 Tim will be showing this miniature along with some of his other roadside classics from Route 66 this weekend at the Scottsdale Arts Festival in Old Town Scottsdale. Tim's booth is #14, near Main and Brown.  Check it out. Al Bell's Flying A lives on!

"Fill it with 100+ Octane, ma'am?"
—Standard greeting for every car that pulled onto the tarmac at Al Bell's Flying A
Posted by Bob Boze Bell at 7:15 PM