May 23, 2016
In the nineteen twenties and early thirties there were still free roaming Apaches in the northwest corner of the Sierra Madres in Mexico. One of the last "known" warriors to be tracked down and killed was this guy: 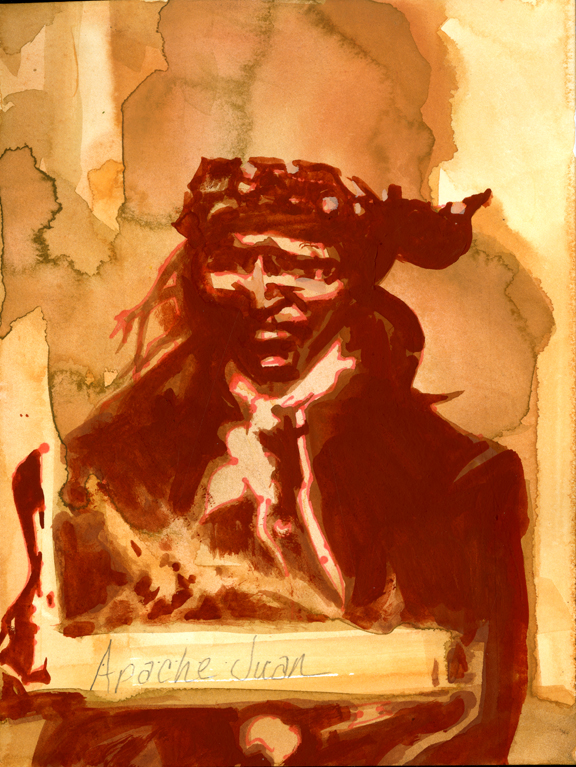 There are no known photographs that I have seen of Apache Juan, thus the painting done in the old, tattered, scratched up way old photos are often found in the junk piles of posterity. If you've seen old photos you may have noticed writing on the photos, often as an ID or description of the scene, or to tag the year. I wanted an old hand writing style and unfortunately, I have a strong cartoonist hand writing style forged from years of block lettering practice. So I had someone I know with an anonymous hand write Apache Juan's name on the photo for authenticity purposes, of course. 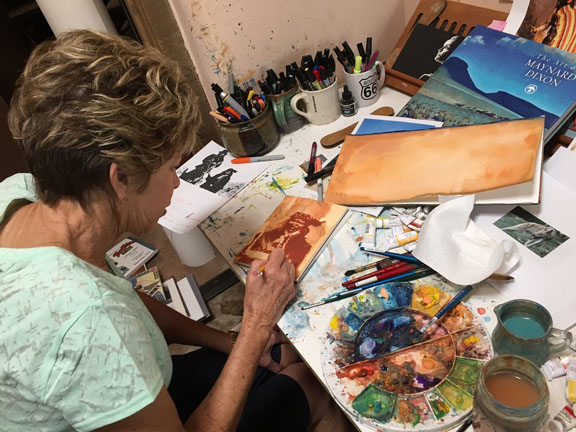 Assembling everything this week for the story in our August issue. Lots of debate on how to lay it out, position and present it. We'll see. Always a challenge.

"Your imagination is your preview to life's coming attractions."
—Albert Einstein