May 2, 2016
We had British visitors today at the True West World Headquarters in Cave Creek, AZ. As usual, I commandeered them into the War Room to help us choose our next cover. They are subscribers, and have been for about 12 years. So I really wanted to know their reaction. At first they chose the horseback Buffalo Soldier, but from the start it was between the horseback rider version and the one they are pointing at. They both liked the logo being prominent and said it jumped out at them. 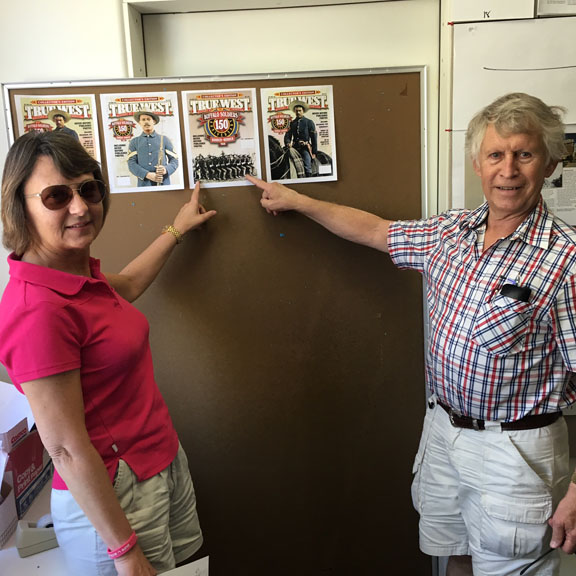 Susan and Patrick from Worcestershire, England.

Meanwhile, just to the south of sadness, the Prince of Chaos rules. . .

Mickey In Beast Mode
He stood there, ghostlike, surrounded by a hard and terrible world, full of death and fear. 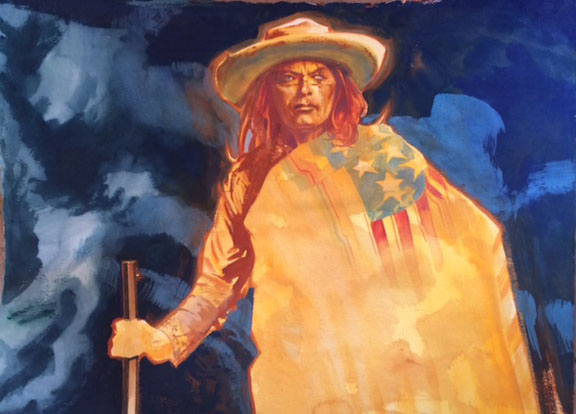 Daily Whip Out: "Mickey Free On The Hunt for The Apache Kid" 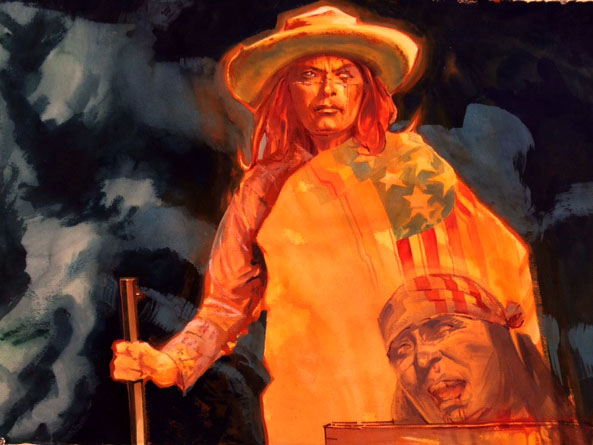 Daily Whip Out: "Mickey With The Head of Pedro"

Yes, he was a very mean dude when he was in Beast Mode. But then, who, after all, cuts off heads for a living? Well, that would be this guy: 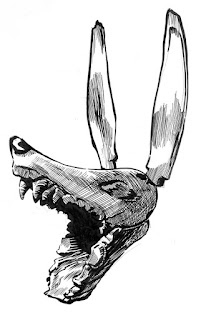 Daily Whip Out: "The Trickster!"