Get Off My Cloud And Into My Car

May 12, 2016
One of the things I love about Arizona is the clouds. One of my best friends has made a handsome living out of capturing clouds on canvas. 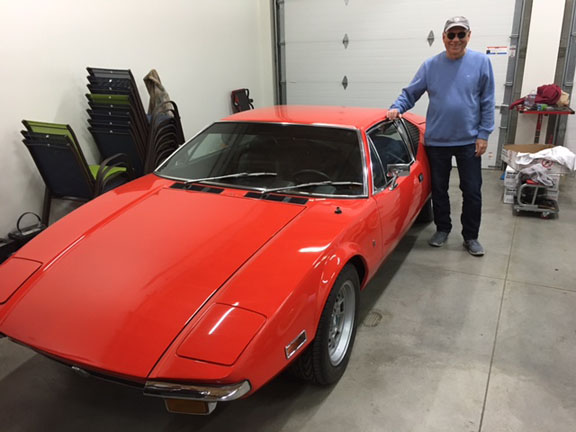 The King of Clouds Ed Mell and his cherry Pantera which clouds paid for.

I also have poached shamelessly from the King of Clouds: 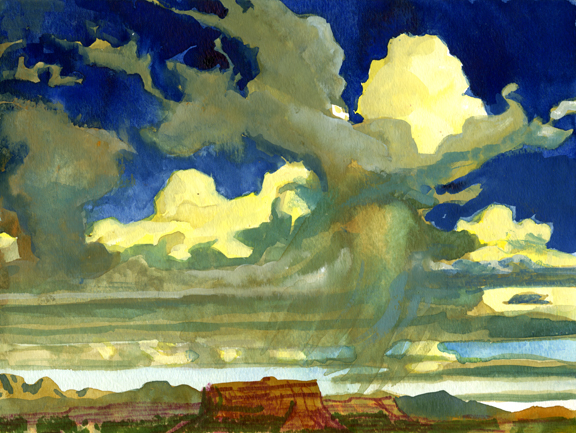 But, frankly, I come by it with some honesty since Ed and I shared studio space for eight years. The notorious Mell-Bell Studios. Meanwhile, my latest cartoon creation, Mickey Free, is obsessed with clouds: 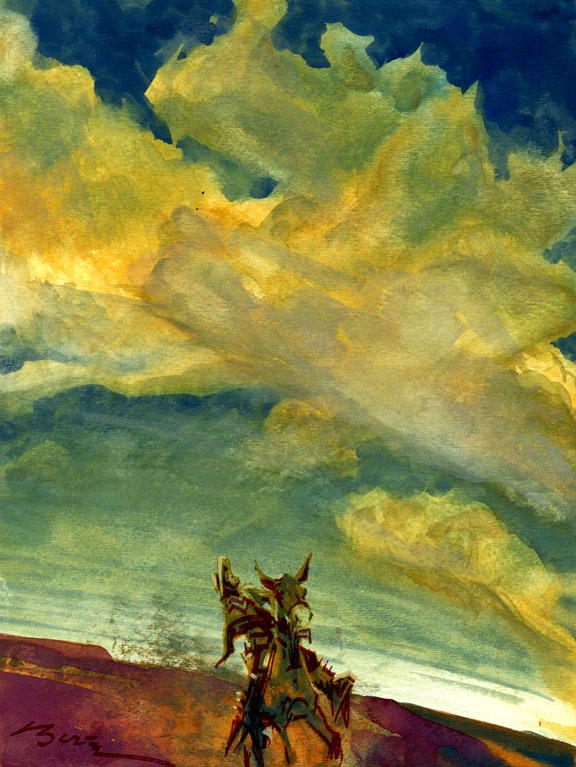 Daily Whip Out: "Mickey Free Seeks Sign In The Clouds"

The Trickster With The Sidewinder Gaze
Mickey was restless. I think he knew the Kid was close. On our ride up Zig Zag Canyon he kept a close eye on the clouds, looking for sign. Tom Horn just rolled his eyes: "If that little bastard spent half as much time looking at the trail as he does the sky, we might find that outlaw son-of-a-bitch."
—Jim Young's version of the hunt for the Apache Kid

And I have a thing for nighttime clouds and their vaporous mystery: 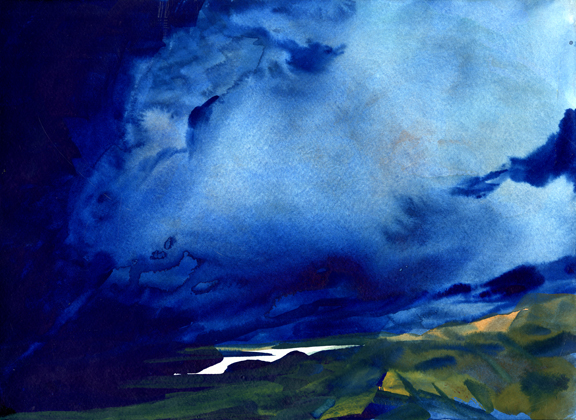 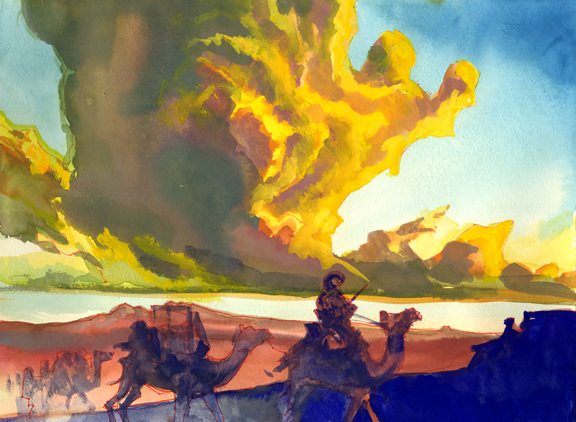 Clouds have been called the "Countenance of the sky," and as "vaporous arrangements of nothingness," and when describing religious art with all those Roman Catholic Church ceiling frescoes of voluptuous clouds crowding in everywhere, a cloud enthusiast pegged them as "the sofas of the saints." All of these quotes are from a magnificent piece in last Sunday's New York Times, "Head In The Clouds." In the feature, the author describes clouds down to their most basic molecular structure:

"A cloud is only water, but arranged like no other water on earth. Billions of minuscule droplets are packed into every cubic foot of cloud, throwing reflected light off their disordered surfaces in all directions, collectively making the cloud opaque. In a way, each cloud is an illusion, a conspiracy of liquid masquerading as a floating, solid object."
—Jon Mooallen, in The New York Times Magazine

The feature ends with a folk singer at a Cloud Society conference singing the classic Joni Mitchell song, "Both Sides Now," whereupon many in the audience openly wept at hearing the haunting lyrics in the context of being at a cloud conference:

"Rows and flows of angel hair, and ice cream castles in the air, and feather canyons everywhere. I've looked at clouds that way. . ."
—Joni Mitchell, "Both Sides Now"

So, I downloaded the song onto my iPhone and played it and, yes, the tears did flow, but I'm an old man brimming with too much estrogen. What's your excuse?